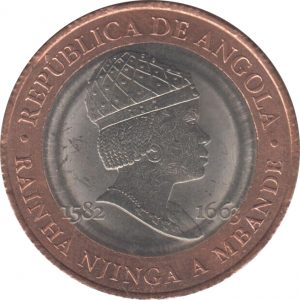 The story of Njinga of Angola: Africa’s Warrior Queen is both fascinating and important. Fascinating because too many of us know too little of the history of Africa prior to the modern era, and important because much of what we think we know is mistaken. I grew up seeing Africa as the Dark Continent, a place of savagery, scattered uncivilized tribes, exotic wildlife, untapped natural resources, and overwhelming spiritual darkness. That was the impression I received from the missionary stories told in Sunday school. I learned a little of the slave trade in school, and the colonial period when civilization was (supposedly) introduced to the continent, but somehow I had the impression that little happened in Africa until the modern era. 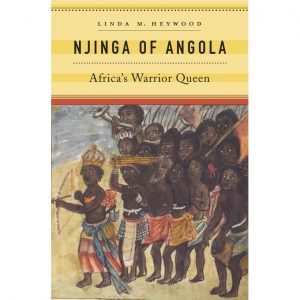 I should have known better, because growing up in a Christian family meant I knew the story of the Ethiopian eunuch converted to Christ by St Philip in the Bible (Acts 8:26-40). He had come to Jerusalem to worship, as a believer in the God of Abraham, had obtained a copy of the book of Isaiah and was reading it on his journey home. Somehow, however, that incident was told as an individual conversion story not the launch of a church and culture that would shape the interior of a great continent. I knew of Egypt, an ancient civilization and world power, because it too appeared in the scriptures. At the very least these biblical narrative should have suggested more was going on in Africa than I imagined.

It turns out that Njinga, born in 1582, ruled a vast kingdom in central Africa known as Ndongo-Matamba in what is now northern Angola. She corresponded with the pope and the royalty of Europe, defeated enemies on the battlefield, skillfully increased trade with the Dutch and Portuguese, exploited the slave trade, exchanged diplomats with the courts of Europe, and eventually became a Christian. Her story is a vivid reminder that the history of God’s world stretches across the entire globe, and includes much that we have not yet learned.

Njinga’s life and actions transcend African history and the history of slavery in Africa and the Americas. Her story reveals larger themes of gender, power, religion, leadership, colonialism, and resistance. Books on notable and sometimes notorious female European rulers, such as Queen Elizabeth I of England, who ruled two decades earlier than Njinga, and Catherine the Great of Russia, who ruled nearly a century afterward, number in the hundreds. Despite the many parallels Njinga shares with these women, no serious biography of her has existed until now in English, or in any other language. [p. 3]

Njinga of Angola is a work of history, carefully researched and seriously told. Sadly, I have one caveat in recommending the book; Njinga’s story is competently but unfortunately not well told. The book is dry, written by a scholar who is not a storyteller. Some historians, like Doris Kearns Goodwin, author of Team of Rivals: The Political Genius of Abraham Lincoln manage to write prose that sweeps us up as if we are reading a novel. This is not the case with Njinga of Angola and that is a shame, because the story here is as fascinating, convoluted and improbable as anything that transpired with the 16th President of the United States.