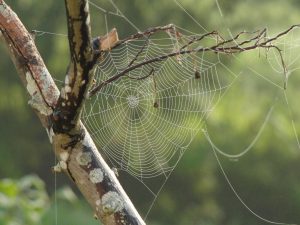 In every age and generation and culture Christian belief and practice has been challenged. That’s only to be expected since Christianity, following Christ who claimed to be Truth, makes very serious truth claims. All such claims will be challenged by thoughtful people, and should be. The claim that something is true does not make it so, and the more serious the truth claim the more serious the challenge should be.

And so we come across questions that challenge some aspect of biblical faith and practice. Sometimes the questions are raised by believers, because doubt has arisen in their mind, or because they’ve come across something in Scripture or church teaching that seems confusing or difficult or incredible, or simply because they are struggling to understand and make sense of things. And sometimes the questions are raised by an unbeliever—someone outside the faith—who finds some aspect of Christian belief or belief to be implausible.

This should not be a surprise to the Christian, nor should it be upsetting or annoying. After all, if Christianity isn’t true it isn’t worth believing, and the best way to see if it is credible is to ask probing questions or to challenge it to see how things shake out. The greatest danger in all this, it seems to me, is when the church does not welcome questions and challenges and so honest questions are ignored or brushed aside, or when believers assume they need to know the answer immediately, or when spiritual sounding clichés are given to serious inquiries.

Providing honest answers to honest questions is a gift of love, even when the primary initial response is, “I don’t know, but that’s fascinating—let’s talk about it. How about I open a bottle of wine?”

There are numerous ways that Christians signal they are not open to truly hearing and addressing honest questions. They are the same signals most people communicate when political issues are raised. And they are all, for the Christian, instances of sin.

Asking probing questions and listening are skills that are not automatic for most of us. So it can be wise to meet with trusted friends and hone those skills by discussing challenges that hear from neighbors or come across in what we read. To help you do that, here are two that I found as I read the books of Yuval Noah Harari, a thinker of real importance in our world of advanced modernity. I hope you find them as stimulating to reflect on and discuss as I have.

Challenge #1: God as a way to have mastery over nature
Farmers may have desired absolute control of their sheep, but they knew perfectly well that their control was limited. They could lock the sheep in pens, castrate rams and selectively breed ewes, yet they could not ensure that the ewes conceived and gave birth to healthy lambs, nor could they prevent the eruption of deadly epidemics. How then to safeguard the fecundity of the flocks?

A leading theory about the origin of the gods argues that gods gained importance because they offered a solution to this problem. Gods such as the fertility goddess, the sky god and the god of medicine took center stage when plants and animals lost their ability to speak, and the gods’ main role was to mediate between humans and the mute plants and animals. Much of ancient mythology is in fact a legal contract in which humans promise everlasting devotion to the gods in exchange for mastery over plants and animals—the first chapters of the book of Genesis are a prime example. For thousands of years after the Agricultural Revolution, religious liturgy consisted mainly of humans sacrificing lambs, wine and cakes to divine powers, who in exchange promised abundant harvests and fecund flocks.

Challenge #2: Ignorance, science and traditional wisdom
Our ancestors put a great deal of time and effort into trying to discover the rules that govern the natural world. But modern science differs from all previous traditions of knowledge in three critical ways:

a. The willingness to admit ignorance. Modern science is based on the Latin injunction ignoramus—‘we do not know’. It assumes that we don’t know everything. Even more critically, it accepts that the things that we think we know could be proven wrong as we gain more knowledge. No concept, idea or theory is sacred and beyond challenge.

b. The centrality of observation and mathematics. Having admitted ignorance, modern science aims to obtain new knowledge. It does so by gathering observations and then using mathematical tools to connect these observations into comprehensive theories.

c. The acquisition of new powers. Modern science is not content with creating theories. It uses these theories in order to acquire new powers, and in particular to develop new technologies. “The Scientific Revolution has not been a revolution of knowledge. It has been above all a revolution of ignorance. The great discovery that launched the Scientific Revolution was the discovery that humans do not know the answers to their most important questions.

Premodern traditions of knowledge such as Islam, Christianity, Buddhism and Confucianism asserted that everything that is important to know about the world was already known. The great gods, or the one almighty God, or the wise people of the past possessed all encompassing wisdom, which they revealed to us in scriptures and oral traditions. Ordinary mortals gained knowledge by delving into these ancient texts and traditions and understanding them properly. It was inconceivable that the Bible, the Qur’an or the Vedas were missing out on a crucial secret of the universe—a secret that might yet be discovered by flesh-and-blood creatures.

Ancient traditions of knowledge admitted only two kinds of ignorance. First, an individual might be ignorant of something important. To obtain the necessary knowledge, all he needed to do was ask somebody wiser. There was no need to discover something that nobody yet knew. For example, if a peasant in some thirteenth century Yorkshire village wanted to know how the human race originated, he assumed that Christian tradition held the definitive answer. All he had to do was ask the local priest.

Second, an entire tradition might be ignorant of unimportant things. By definition, whatever the great gods or the wise people of the past did not bother to tell us was unimportant. For example, if our Yorkshire peasant wanted to know how spiders weave their webs, it was pointless to ask the priest, because there was no answer to this question in any of the Christian Scriptures. That did not mean, however, that Christianity was deficient. Rather, it meant that understanding how spiders weave their webs was unimportant. After all, God knew perfectly well how spiders do it. If this were a vital piece of information, necessary for human prosperity and salvation, God would have included a comprehensive explanation in the Bible.

Christianity did not forbid people to study spiders. But spider scholars—if there were any in medieval Europe—had to accept their peripheral role in society and the irrelevance of their findings to the eternal truths of Christianity. No matter what a scholar might discover about spiders or butterflies or Galapagos finches, that knowledge was little more than trivia, with no bearing on the fundamental truths of society, politics and economics.

Editor’s Note: This is the second article in a series inviting believers to be discerning about challenges unbelievers raise concerning Christian belief. The first, “Challenges to Christian Ideas” appeared in Critique 2018:4 (pages 6-7) and is available on Ransom’s website.

1. The questions included in the first article in this series were designed to apply here as well—please include them as you tackle these challenges to the faith. You can find them in Critique 2018:4 (page 7) and on Ransom’s website.

2. What hindrances do we need to overcome to deal with such challenges to our faith with thoughtfulness, understanding and compassion?

3. To what extent is your church, your small group, your Sunday school class, your living room, your _________ a safe place for troubling questions about life, faith and culture? What plans might you wish to make?

4. What signals do people tend to give—perhaps unconsciously, perhaps consciously—that they are not open to hearing and addressing honest questions?