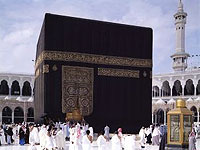 At times I’ve wondered whether the advent of bike-safety helmets for children will mark the beginning of the end of the modern missionary movement. Don’t misunderstand, this is not to suggest that a concern for children’s safety is misplaced. Rather, I want us to reflect carefully on whether missions, especially in high-risk situations, can remain robust in an age as risk-averse as ours.

The Scriptures promise that mission in a fallen world always involves risk. “If the world hates you,” Jesus told his disciples, “know that it has hated me before it hated you” (John 15:18). He reminded them that the prophets of old were persecuted, so his followers should expect to be treated similarly. Jesus told them that being reviled and persecuted for his sake is reason to know they are “blessed” (Matthew 5:11). And yet his expectation for them was, and for us is, that regardless of cost his followers bring his message of reconciliation to a horribly fragmented world
(2 Corinthians 5:18-21).

A series of events in Afghanistan bring this issue into sharp relief. The episode provides our case study which should challenge Western Christians to reflect biblically on the possible cost of obeying Christ’s call to engage parts of the Muslim world with the gospel.

The Case Study
On July 19, 2007 Taliban forces in Afghanistan kidnapped 23 South Korean Christians who were in the country on a short-term mission. The Taliban issued a statement threatening to kill the hostages unless prisoners held by the Afghan government were released. The Afghan government refused. One week later a male hostage was killed, his bullet-riddled body dumped by the side of a road. A few days later, a second male hostage was shot and killed. On August 1 appeals were made to the international community to work for the safe release of the remaining hostages. “We appeal for support from the people of the United States and around the world,” Kim Jung-ja, the mother of one of the hostages said. “Especially the families want the United States to disregard political interests and give more active support to save the 21 innocent lives.” Soon after the appeal the UN began to provide security for negotiations between Taliban and South Korean officials. On August 13 the Taliban released two female hostages to the Red Cross. Negotiations continued until on August 29 the Taliban began handing over the remaining hostages. Finally, on September 1, all remaining 19 South Koreans arrived back in their homeland. “We apologize to the people for causing trouble and thank everyone who helped us return home safely,” former hostage Yu Kyeong’Sik, said. “We owe the country and the people a great debt.”

Christians should be grateful for their safe release; it is a good gift of God. We should also pray for the families of the hostages that were killed. And though we need to be sensitive to all those involved in this drama, the deal negotiated between the Taliban and the South Korean government raises serious questions for Christians. Early reports claimed that South Korea agreed to pay a $20 million ransom for the hostages, but this has been denied by both the Taliban and South Korea. An “official” in South Korea’s presidential office is quoted as saying that the “two conditions for the release are that we pull out our troops and stop Korean missionary work in Afghanistan by the end of the year.” South Korean troops were already scheduled to leave Afghanistan by the end of 2007, so that part of the agreement simply confirms a decision already made. The promise by the South Korean government to stop its Christian citizens from doing missions work in Afghanistan, however, is significant and worth some thoughtful discussion and reflection.

Gospel Perspective
Engaging the Islamic world, including Afghanistan, with the Gospel is not optional for the church. The glory of God’s Kingdom is reflected in the redeemed diversity of “every tribe and language and people and nation” (Revelation 5:9). The commission to make disciples of every nation under Jesus’ authority remains, and the gospel has not lost its power (Matthew 28:16-20; Romans 1:16). The idea that the Muslim world is “closed” to the gospel is not true. Operation World, for example, reports that persecution of Christians in Nigeria by Muslims “between 1991 and 2000 led to the death of thousands of believers.” Yet, the reports continues, many Muslimes are “appalled by the behavior of their co-religionists. There have been many won to Christ over recent years.” Though we rightly mourn the sad story of the South Korean hostages, God is able to bring grace to bear in Afghanistan. Operation World estimates that only between 1,000 and 3,000 Afghans are Christians in a country that is 97.89% Muslim, with 48,000 mosques and not a single church. Operation World says that in decades of warfare in Afghanistan an “estimated 1 million lost their lives, 2 million were maimed and 4 million children orphaned… The result is ecological disaster, a shattered infrastructure, over 12 million uncleared anti-personnel mines… Though there is no visible church in Afghanistan, the number of Afghan believers is increasing in urban and some remote rural areas.”

This case study is not merely a media news story. A Western government has agreed to ban missionary activity by its citizens in a nation of the world. The thinking of Christian scholars will be important if the church is to respond in a thoughtfully biblical fashion. For example, the fact that the hostages were involved in a short-term mission in such a dangerous land is surely significant. Perhaps sponsoring short-term aid missions by lay believers in a land where active warfare is raging is less than wise. Surely they might have found some other needy place to serve. Nevertheless, this episode also raises questions that each Christian should reflect on with care. Like it or not, we are a risk-averse generation of believers called to engage even high-risk places in a lost world with the gospel. It’s an opportunity to be discerning about God’s call on our lives. The invitation to reflect on this case study needs to be seen as an effort to apply biblical truth to life instead of merely reacting to the news or simply going with the flow of the surrounding culture. Without for a moment being sentimental about the sad reality of suffering, Christians must wrestle with the biblical call to a risk-averse generation to engage a high-risk world with the gospel. This is not merely an intellectual exercise, but a spiritual one in which the meaning of Christ’s Lordship is faced humbly.

1. In what ways does Christian faithfulness require believers to see risk in different terms than their non-Christian neighbors? What limits does the Bible seem to set for being risk-averse? “Overprotecting our children,” Sir Digby Jones says in a report on education in the UK, “is bad for society, the economy and young people’s preparation for adulthood in a world full of uncertainties.” How can Christian parents responsibly define “overprotection”? 2. Should Christian missionary-hostages ask their governments to negotiate their release? Being sensitive to their grief, should the Christian families of hostages make this request? 3. Where does the willingness to suffer and die for Christ and the gospel come in? 4. Christians are commanded to obey those in authority over them (Romans 13:1-7). Yet, the apostles refused to obey when commanded to cease preaching about Jesus (Acts 3-4:31). Are South Korean Christians who believe they are called to Afghanistan in a similar situation? Why or why not? If no, what possible situation would require such civil disobedience today? 5. Do we see martyrdom as noble and glorifying to God? Is a balanced biblical view of martyrdom being taught in our families? In our church? What plans should we make? 6. A 4th century hymn reads: "The apostles' glorious company / and prophets crowned with light / with all the martyrs noble host / Thy constant praise recite." Compare these ideas with those commonly expressed in contemporary praise songs. How foreign is the category of "martyr" to contemporary Christian worship? Call to commitment? Conversation? 7. Justin Martyr’s (100-165 AD) words to the Roman prefect about to execute him sounds foreign, almost heretical. “We desire nothing more than to suffer for our Lord Jesus Christ; for this gives us salvation and joyfulness before His dreadful judgment seat.” Should it, or should it not be a sentiment we share? 8. At what cost are we willing to engage the Islamic world with the gospel? Are we willing to encourage our friends, children, and grandchildren to pray about going to places like Afghanistan? Knowing that evangelizing Muslims requires diligent study, hard listening, and perseverance over many years are we faithfully befriending Muslims in meaningful long-term relationships?