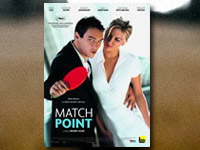 Someone recently asked me why so many movies had to be about relationships, love, and sex. For the same reason, I said, that so many of the stories in Scripture are about relationships, love, and sex. They get to the very heart of what it means to be human. We were made not to be alone, but in relationship. We are created in the image of the One who reveals himself to us not just as a God who loves but as the God who is love. And the sexual union is the only relationship intimate enough to be an adequate picture of our union with Christ. The biblical telling of the Story of Creation, Fall, Redemption and Consummation makes no sense if relationships, love and sex are ignored in either life or in the pages of Scripture. G. K. Chesterton, as usual, addressed the issue in a way designed to get our attention: “A man knocking on the door of a brothel,” he said, “is looking for God.”

This is why the age-old narrative of David and Bathsheba never grows stale. A powerful man sees a beautiful woman naked in circumstances that are, shall we say, somewhat enigmatic, and discovers, oh joy! she is interested too. So they say yes to the deliciousness of the moment, the sex no doubt made all the more breathtaking by the illicit nature of their tryst. Then when their private passion threatens to undo them, the plot thickens, conflict erupts and hard choices must be made. The choices are made, and the inevitable consequences work themselves out.

Sometimes power isn’t an issue, but passion always is; even those who have only walked this path in their imagination should be able to identify. Good storytellers keep circling back to this basic story line, because it resonates so deeply with every generation in a fallen world. This is what one of the more thoughtful storytellers of our culture, Woody Allen, has done in two of his best films.

Not everyone likes Woody Allen’s films—as with many things, they are an acquired taste. But even if you don’t like them I would urge you to see the two which explore these deeply human and perennial themes: Crimes & Misdemeanors (1989) and Match Point (2005). They are a sharp window of insight into our world as we move from the 20th into the 21st century.

Woody Allen has always fascinated me, partly because his career has coincided with my lifetime interest in the cinema. There’s something rich in being able to follow the growing body of work produced by a director. From the beginning he has taken ideas and culture seriously. As with any influential artist, his films have reflected something of his culture and served to shape that culture.

Crimes and Misdemeanors and Match Point are worth watching as a double feature. Both revolve around the same plot line, but are different in significant ways. Our world has changed in the decade and a half separating them. These changes impact us, whether we realize it or not. If they didn’t, the Scriptures would not place such importance on discerning what it means to live in the world while not being conformed to it.

Match Point is so much better than the rest of Allen’s recent films that some critics have cynically wondered whether he was actually the writer and director. This is a film that exhibits superb craftsmanship and the ability to draw us into a story for which we can not guess the ending. We see choices made, for blessing and for curse, are made to think about those choices, and then watch as the consequences unfold, with twists I won’t reveal here. Our yearning for love and fulfillment is lived out on the knife edge which separates love and lust, commitment and obsession, faithfulness and desire. What Allen really has us consider is whether we live in a world where any of this makes any final difference—and the difference that makes for questions of guilt, meaning, and redemption. “Dark humor,” Rolling Stone says about Match Point , “with a sting that leaves welts.”

Roger Ebert writes that in Match Point “the underlying philosophical issues” come down to a series of questions: “To what degree are we prepared to set aside our moral qualms in order to indulge in greed and selfishness? Greed, or lust? How tiresome to have to choose. Without saying why, let me say that fear also enters into the equation. In a moral universe, it would be joined by guilt, but not here. The fear is that in trying to satisfy both greed and lust, a character may have to lose both, which would be a great inconvenience.” Ebert’s choice of words here is important, and full of insight for understanding the film: In a moral universe…

Watch Crimes & Misdemeanors and then Match Point. They are both fine examples of cinematic art, and the contrasts and continuities between them worth reflecting on in light of our changing pluralistic world. In Crimes & Misdemeanors a character argues for a moral universe and real meaning, but by the end of the film he has gone blind. There is no such character in Match Point where in the end it is luck rather than morality that makes the difference. “The man who said ‘I’d rather be lucky than good,’” the narrator says, “saw deeply into life. People are often afraid to realize how much of an impact luck plays. There are moments in a tennis match where the ball hits the top of the net, and for a split second, remains in mid-air. With a little luck, the ball goes over, and you win. Or maybe it doesn’t, and you lose.”

1. What was your first impression or immediate response to Crimes & Misdemeanors? To Match Point? Why did you respond the way you did? 2. In what ways were the techniques of film-making (casting, direction, lighting, script, music, sets, action, cinematography, editing, etc.) used to get the film's message(s) across, or to make the message plausible or compelling? In what ways were they ineffective or misused? 3. In Match Point, none of the main characters are good people. Discuss each character in turn and trace their development in the story. In contrast, some of the characters in Crimes & Misdemeanors are people of principle. Compare and contrast the two films in this regard and reflect on the role this plays in the unfolding of each film. Explore how in some characters their niceness covers up their lack of goodness? 4. With whom did you identify in the film? Why? With whom were we meant to identify? 5. What is the message(s) of Match Point? Of Crimes & Misdemeanors? Consider how they address themes such as: the nature of reality or what is really real; the fragmentation of life in our busy, pluralistic world; the significance of relationships and love; the significance and meaning of being human; whether there is right, wrong, and justice and how we determine it and what happens at death. How are the answers similar/different in the two films? 6. If a non-Christian friend says they agree that it's more important in life to be lucky than to be good, how would you respond? What winsome, intriguing questions might you raise to help them reconsider their position and prompt further discussion?