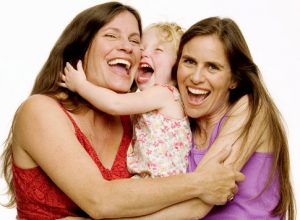 As Christians we believe that living faithfully before the face of God includes treating non-Christians as persons made in the image of God. As precious individuals for whom Christ died and for whose salvation we are called to be willing to give up everything—our reputations, our stuff, our time, even our lives. This is part of what we mean by following Christ, and is an implication of the doctrine of the Incarnation. Yet truth be told, this is easier with some non-Christians than with others. Some have lifestyles we find objectionable, or beliefs we find repulsive, or sins with which we are uncomfortable. So, though it may not be intentional on our part, we find ourselves treating some according to their sin (or our feelings about that particular sin), rather than simply as people bearing God’s likeness. This is something Jesus never did, which may be one reason why sinners flocked to him.

With that in mind, consider this situation requiring discernment.

A Christian student moves with his wife and young son into a new apartment. They pray they can be a light for the gospel to their neighbors, and set out to meet and befriend the others living in their building. Among the friendliest is the family living in the apartment next door to them, who welcome them warmly, inviting them to dinner, and happily accepting an invitation in return. The family in question, it turns out, consists of a lesbian couple and their two adopted children. They consider marriage to be a life-long commitment (“divorce is not an option”), believe in monogamy (“sexual promiscuity is wrong”), remember their wedding ceremony with fond seriousness, and are delighted to learn their new Christian neighbor has taken some seminary counseling courses in marriage and family. Though not interested in “traditional Christianity,” they are very interested in spirituality. They ask the Christian couple to pray for them, and say they would love to talk more, especially about how to build a strong family and deepen their relationship. After several more contacts, like the kind that naturally occurs be-tween neighbors living on the same floor in an apartment building, they offer to exchange babysitting.

1. What is your first (knee-jerk) reaction to this situation? Why do you think you reacted this way? What similar situations have you encountered or heard about?

2. If the Christian reports that he doesn’t feel free to bring this up to his pastor or to the small group his wife and he are in, how would you respond? Why might many evangelicals not be open to discussing this with sensitivity? To what extent does “thinking Christianly” about these questions require all believers to come to identical conclusions as to what faithfulness looks like?

3. How would you pray for the lesbian couple? Are there things that you would not pray for them? Why?

4. If you would be unwilling to give them advice on building their relationship, why are you unwilling to do so? Write out a continuum as to the sorts of advice that they might ask for, and where, if anywhere, you would draw the line on granting help. (Advice on colors with which to paint their dining room, on establishing a household budget, on setting bedtimes for children, etc.) Why would you draw this line? How helpful is the metaphor of “drawing a line” in this scenario? To what extent are you comfortable with fellow believers drawing very different lines or suggesting a different metaphor?

5. To what extent would you be willing to share with them positive experiences from your own marriage as to how to build a strong relationship? Your failures? Why? Would it make any difference if the non-Christian neighbors were heterosexual? Why or why not? Let’s assume the neighbors were heterosexual but confessing materialists (and therefore according to Colossians 3:5, idolaters). Which sin is greater? How should this influence our thinking and choices? Why? What biblical passages are relevant to sorting out this issue? (Be sure your list involves not merely texts dealing with marriage and homosexuality, but also with Christian interaction with non-Christians in a fallen world.) Also see “Homosexuality: Speaking the Truth in Love” by Mardi Keyes.

6. Would you consider exchanging baby-sitting with these neighbors? Why or why not?

7. Though becoming Christians would require this couple to refrain from sexual sin (as it does all believers), would it require them to give up their children for adoption? Why or why not?

8. The church is called to be uncompromising on sin, yet to be the most welcoming and safe place for sinners. To what extent have we fulfilled this calling? To what extent is this true of our homes? What might we do to better maintain this biblical balance of truth and love? How did Jesus demonstrate it?