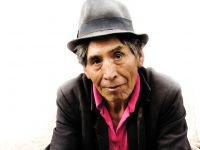 Though America is obviously a country of immigrants—after all, very few of us are Native Americans—over the years each major wave of immigration has been met with discrimination, political agitation, and fear on the part of many citizens. Would the new immigrants assimilate seamlessly into American society or would they insist on maintaining their own separate cultural identities? What effect would they have on American culture? Would they earn their own way or be parasites on the rest of us? Would they assume the responsibilities of citizenship in a modern democracy or merely insist on their rights as new citizens?

Since 9/11, a terrorist attack by a group of men all of whom were from countries in the Middle East, renewed debate about immigration has arisen. Should immigration be restricted, and if so, how? How open and free should our borders be? And how should we respond to those who are already here but who don’t seem to “fit in” the way many think they should?

In the 1960’s, the slogan, “Love it or leave it” was applied to hippies and peace activists who refused involvement in the Viet Nam war. Now it is being applied to recent immigrants and social activists who are perceived as a threat because they represent those who would institute unacceptable change into American society. For example, I received the following message via email from a Christian who happens to be a leader in his church. “I thought this was too good to keep a secret,” he wrote. The message—reproduced below as I received it—was apparently taken from an editorial which appeared originally in a Tampa, FL newspaper:

“IMMIGRANTS, NOT AMERICANS MUST CHANGE.

“I am tired of this nation worrying about whether we are offending some individual or their culture. Since the terrorist attacks on Sept. 11, we have experienced a surge in patriotism by the majority of Americans. However, the dust from the attacks had barely settled when the ‘politically correct’ crowd began complaining about the possibility that our patriotism was offending others.

“I am not against immigration, nor do I hold a grudge against anyone who is seeking a better life by coming to America. Our population is almost entirely comprised of descendants of immigrants. However, there are a few things that those who have recently come to our country, and apparantly [sic] some born here, need to understand. This idea of America being a multicultural community has served only to dilute our sovereignty and our national identity. As Americans we have our own culture, our own society, our own language and our own lifestyle. This culture has been developed over centuries of struggles, trials, and victories by millions of men and women who have sought freedom.

“We speak English, not Spanish, Arabic, Chinese, Japanese, Russian, or any other language. Therefore, if you wish to become part of our society, learn the language!

“‘In God We Trust’ is our national motto. This is not some Christian, right wing, political slogan. We adopted this motto because Christian men and women, on Christian principles, founded this nation, and this is clearly documented. It is certainly appropriate to display on the walls of our schools. If God offence [sic] you, then I suggest to you consider another part of the world as your new home, because God is part of our culture. If Stars and Stripes offend you, or you don’t like uncle Sam, then you should seriously consider a move to another part of this planet. We are happy with our culture and have no desire to change, and we really don’t care how you did things where you came from.

“This is OUR COUNTRY, our land, and our lifestyle. Our First Amendment gives every citizen the right to express his opinion and we will allow you every opportunity to do so. But once you have done complaining, whining, and griping about our flag, our pledge, our national motto, our way of life, I highly encourage you to take advantage of one other great American freedom, THE RIGHT TO LEAVE.

“If you agree—pass this along: if you don’t agree—I don’t want to hear about it.”

All of which raises some interesting questions for the discerning Christian.

1. What was your initial response to the email? Why do you think you responded that way? Have you heard similar ideas expressed elsewhere? Why might this message be attractive to someone? To a Christian?

2. How would you define the “tone” of the email? Is it an appropriate tone for a Christian to adopt in the public square? In an email to friends (what appears to be their entire email address list)? Why or why not?

3. The email raises several issues that could legitimately be discussed by citizens in the public square. What are those issues? What position(s) might Christians take on these issues? To what extent might we need to give one another freedom to disagree on these issues? Can these topics be discussed without the uncharitable tone expressed in this email?

4. How should the Christian community respond to immigrants? To immigrants who do not want to be assimilated into mainstream American culture? To what extent can our outreach to them with the gospel be mixed with out concerns as citizens?

5. “‘In God We Trust’ is our national motto,” the email reads. “This is not some Christian, right wing, political slogan. We adopted this motto because Christian men and women, on Christian principles, founded this nation, and this is clearly documented.” When was this slogan actually adopted? Under what circumstances? Since many believers are convinced America is becoming increasingly post-Christian, and since religious pluralism is clearly on the rise, how appropriate is this slogan? If you consider it appropriate now, under what cultural conditions might you think it inappropriate? How “clearly documented” is the assertion made in this email?

6. Can a Christian ever take the position that some immigrants need to be encouraged to leave? If yes, under what circumstances? What form should such encouragement take? If no, why not? If as Christians we are critical of American culture (as secular, or post-Christian, or decadent, or whatever) yet tell immigrants who do not wish to be assimilated into this culture to leave, can we expect them to be open to the gospel we desire to tell them? If people desiring to live in America are forced either by government action or societal pressure to leave, what sort of ministry(s) might the church be wise to offer to them?

7. To what extent can Christians claim that America (or any other modern nation-state) is “OUR COUNTRY?” In this regard, how would you define a proper patriotism for the believer, balancing our responsibility as a citizen and our citizenship in the kingdom of God?

8. How can we develop accountability before God so that our political convictions are molded by and carefully examined in the light of the truth of the gospel?

9. If you received this email from a person in church leadership (say, an elder or pastor), how should you respond—what biblical responsibility do you have? And if you know the believer who sent this to you happens to be extremely critical of American culture—believing it to be so decadent and un-Christian that he encourages believers to withdraw from it—does the content of this message raise any questions you might wish to ask him?