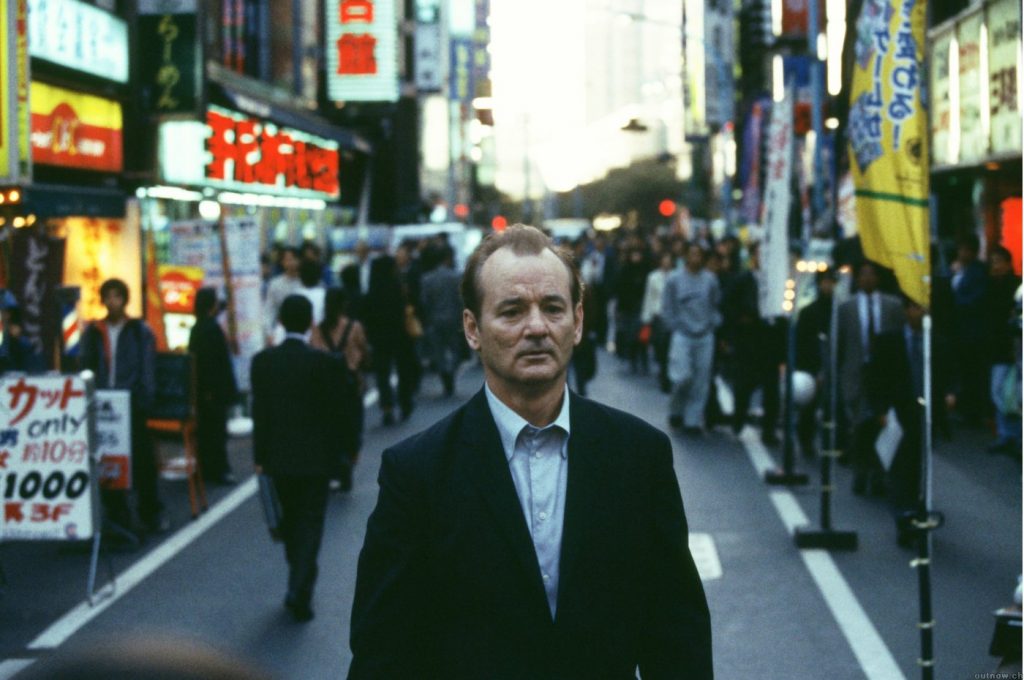 Lost in space, a bubble drifting
And I’m pretending to care
When I’m not even there
Gone, but I don’t know where
~Aimee Mann, “Lost in Space”

Few things are as demoralizing as being lost. Memories from childhood—when we looked up to find our mother was no longer in the store aisle with us—are easily dismissed but hard to forget. The exhilaration of hiking through deep woods in the autumn evaporates if we discover we have lost our way as nighttime descends. None of that compares, however, to being lost in life. We all know what that’s like, yet find it difficult to describe, which is why artists manage it best. It is also a great horror, which is why we work so hard at being distracted by one thing or another. But face it or not, we find ourselves in Walker Percy’s memorable phrase, lost in the cosmos, yearning desperately to be found.

There is nothing new in this, of course. Being lost is not a novel condition but has been the norm since things went badly awry in the beginning. The intimacy of relationship and the certainty of home has been fractured, and so alienation haunts our steps. What is new is to be lost in a world bursting with choice and noise and unlimited opportunity. Then the dark and unforgiving world seems to mock us, and hope becomes increasingly fragile until the yearning to be found is either buried in busyness, or killed, or perhaps by grace, satisfied.

Lost in Translation is a profoundly sad film with moments of humor about being lost in life. Written and directed by Sofia Coppola, it is surprising that someone so young can depict human lostness with such insight and creativity. Even the few scenes which drag on too long help us feel how stuck human beings are when lost. Bob Harris, played to perfection by Bill Murray, is a movie star in Tokyo to film a commercial. He is tired and jet-lagged and lonely, sick at heart at being reduced to filming commercials to make a living, and sadly disconnected from his wife and children. In the up-scale Japanese hotel where he is staying Harris happens upon Charlotte, a young woman whose husband has left her in the hotel “to have a good time” while he goes off with the bimbo he has been hired to photograph. Harris and Charlotte meet, and rather than go to bed (which too many films would have them do), they talk. “Those moments are so important,” Coppola says, “when you connect to someone. People are always so busy, so distracted. When you can make a connection and find an understanding with someone, it’s something you take with you forever.”

The setting of Tokyo is strangely unsettling, full of things to do and see, a swirl of lights and people, yet symbolic of the globalization which makes so much so instantly available yet nothing permanent. People speak without understanding one another, and the humor of cultural gaffs is merely a brief respite in time spent painfully alone. Even sex in such a world has been rendered impersonal, reduced to either one night stands or a commodity to be purchased. Both Harris and Charlotte phone family in America, but the conversations, sadly realistic, only reveal how disconnected they are from any sense of being truly at home. In one of the most moving scenes in the film we watch Charlotte cry on the phone after visiting a religious shrine. “I didn’t feel anything,” she says, “I don’t know who I married,” but the significance of the moment is lost on her listener. Her cry is not heard, and when the phone call ends, she is once again alone, looking down on a seething city from a room that is not home.

To some extent, the atmosphere of Lost in Translation is even more important than the ideas it explicitly explores. In scene after scene we see Bill Murray’s eyes, and the sadness they depict is beyond endurance. Even the humor—and there are some very funny scenes—serves to highlight the theme of lostness, rather than allow us to escape from it. Harris and Charlotte talk about marriage, about life, and about meaning, but their human contact is more healing than any conclusions they draw.

Though the superb acting is a delight to watch, and the moments of humor subtly done, Lost in Translation is not exactly an entertaining film—it probes too deeply into human hearts. It is eloquent evidence how postmodern people are haunted by feeling lost, how deeply they yearn for home, and for someone who will be there for them in the end. It is also an eloquent reminder of how fragile the human heart is, and how careful Christians must be when we touch on the deep things of the soul. After all, if we do not demonstrate deep compassion for being lost, there is no reason that anyone should listen when we speak—as we must—of being found.

1. What was your initial or immediate reaction to the film? Why do you think you reacted that way? 2. What is the message(s) of the film? Consider how the film addresses themes such as: what’s wrong with the world, and what’s the solution; the fragmentation of life in our busy, pluralistic world; the significance of relationships and love; and the significance and meaning of being human. What is attractive here? How is it made attractive? Where do you agree? Where do you disagree? Why? In the areas in which we might disagree, how can we talk about and demonstrate the truth in a winsome and creative way in our pluralistic culture? 3. In what ways were the techniques of film-making (acting, casting, direction, script, music, lighting, sets, action, cinematography, editing, etc.) used to get the film’s message(s) across, or to make the message plausible or compelling? In what ways were in ineffective or misused? 4. What images and motifs were used as metaphors for deeper issues? 5. With whom did you identify in the film? Why? With whom were we meant to identify? Discuss each main character and their significance to the story. 6. How or when have you most felt “lost” in life? Most felt “found” in life? 7. How is the film a useful window of insight for Christians to better understand our non-Christian friends and neighbors? To understand ourselves? Since Christians normally speak of being “lost in sin” and “found by Christ,” to what extent can believers feel lost? 8. Reflect on the relationship which develops between Bob Harris and Charlotte. Was it an appropriate relationship for two married people? Why or why not? If they crossed a line into something inappropriate, identify the line. To what extent are you compassionately, actively, incarnationally present in the lives of non-Christians? 9. What do you think Bob Harris whispered to Charlotte in the final moments of the film as they said goodbye? Why do you think Sofia Coppola kept us from hearing what he said?