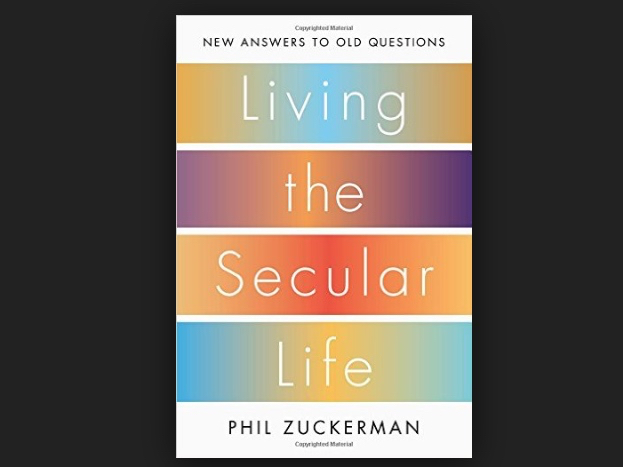 How to be secular
The purpose that motivated Phil Zuckerman to write Living the Secular Life is elegant in its simplicity. A convinced secularist and a professor of sociology and secular studies (Pitzer College), Zuckerman believes that secularism is badly misunderstood but when understood is commendable and plausible both as a way to see life and as a way of life. And since surveys show that “Nones”—people who hold no religious faith—are a rapidly growing demographic, he believes it is time that both secularists and religious believers understood it better. Living the Secular Life is, in essence, an accessible and practical apologetic for secularism written for ordinary people seeking to find their way in a pluralistic world filled with conflicting truth claims.

“Many people assume,” Zuckerman writes, “that a life lived without religion is not only somewhat void, but intrinsically problematic. After all, how does one deal with death without religion? How does one cope with life’s troubles? Develop morals and ethics? Fine community? Experience a sense of transcendence? These are extremely fair questions (p. 3).” And Zuckerman goes on to address each issue in detail in succeeding chapters, complete with comments and insights from the numerous interviews he has conducted in his research. “What I have learned,” he adds, “and what shall be illustrated throughout the chapters ahead, is that while secular Americans may have nothing to do with religion, this does not mean that they wallow in despair or flail about in hapless oblivion. To the contrary, they live civil, reasonably rational, and admirably meaningful lives predicated upon sound ethical foundations” (p. 6).

Those of us who are not secularists but who want to understand our secular friends need books like this. It is inadequate to only learn about a worldview from someone who does not hold it, especially if it is a worldview with which we need to interact. I can learn a great deal from a Christian who teaches a class on Buddhism, especially if that teacher was at one point a Buddhist. But to really learn about Buddhism, to get inside it, as it were, it’s far better to learn from a serious Buddhist. The same is true of secularism, and since Living the Secular Life is not a technical philosophical study but is, instead, clear, civil and written for a popular audience, it is a great place to begin our learning. Zuckerman is not seeking to be provocative but to be clarifying, to increase understanding of those who live secular lives, and to show that the myths about secularism promulgated by fearful religious pundits are simply untrue.

I would recommend Living the Secular Life for young adults who have been raised in Christian circles. Not only will it help them understand their friends and world, it will allow them to hear a thoughtful presentation of secularism with which to test the reasons for their own faith commitment.

And as you read Living the Secular Life please remember the principles and process of Christian discernment. Find places of agreement before identifying places of disagreement. Be as objective as possible with Zuckerman’s ideas, arguments, reasons, and conclusion. Listen with care before raising ideas of your own. When you don’t know, admit it. And enjoy the process of discernment, because it is a chance to learn, grow, and explore without fear.

2. What is made attractive? How?

4. What would you challenge? Why? 5. How should you live out and speak about what you believe in an understandable way in our pluralist world—and before our secular friends and neighbors, especially now that you have a clearer understanding of those who choose a secular life?