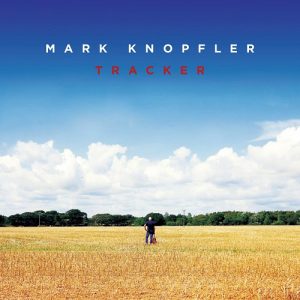 I don’t have any way to know this for certain, so it’s only a guess, but if I guessed which album I’ve returned to listen to most over the past year I’d guess it was Mark Knopfler’s Tracker (2015). “Knopfler is to hype what rain is to fire,” Graeme Thomson writes online (uncut.co.uk). “Operating a full octave below ‘low-key’, by now the primary ingredients of his music—rootsy work-outs, bluesy growlers, wry shuffles, country and Celtic touches—are reassuringly fixed.” Best known as singer, guitarist, and songwriter for the band Dire Straits, Knopfler is a gifted musician whose creativity has shaped popular culture far more widely than is commonly known.

Tracker is a lovely album, with effortless melodies and evocative lyrics that spin images of life on the edges of life in a broken world. Knopfler has lived long enough to understand that though no two people live identical lives we share a common experience that is more significant than the differences.

She likes a man with a broken nose
Lucky for me, I suppose
Shots coming in like the monthly bills
Soon they’ll be saying I’m over the hill

Well the bell goes clang and you’re on your own
You take your medicine and go home
You take it like a man, on the chin
And you don’t make a fuss when the towel comes in

Now let me go home, got to lay in ice
And I don’t want to hear no more advice
Just give me my clothes
Get me out of this place
How many more stitches in my face?
[“Broken Bones”]

I have never boxed, never wanted to, and won’t now, but I understand the sense of quiet despair embedded in this song. We have all stumbled backwards from a flurry of blows that are expected but so relentless that we wish just this once we could find a way out.

Knopfler is a storyteller, and listening to Tracker feels like rummaging through an old photo album of places lived and visited and wondered at. Nothing feels like he is in a hurry to get through the songs, but instead is willing to be unhurried in order to reflect on life, the passage of time, and how wherever we look we see persons trying to find a hint of order in a disordered world.

Where your plans are forever falling through
And your dreams are movies never shot
And you’re someone, a shadow passing through
Nobody ever knew, so nobody forgot

The world in which we live, if we stop to see it with clear eyed honesty, is populated by ordinary people living ordinary lives, each vastly different and yet each the same. People yearning for home, for a place of safety and acceptance, where we can be ourselves, shielded from the vagaries of brokenness.

You’d finish in the one place
It was straight to the next one
And you never could settle
And you were always alone
Just a drifter in limbo
I was best off away, son
Just one of the thousands
Who could never go home

This is the world where we live and where even a glimmer of hope can shine like a beacon if it’s true and not lacquered with sentimentality. It’s a world where heroism is often discovered in quiet corners where people keep on keeping on even though prospects don’t seem particularly bright. It’s a world where the details matter, where beauty can be spun out of ordinary stories, and where being a person of grace might just be the most radical calling imaginable.