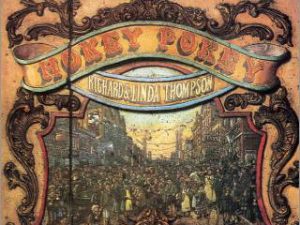 Each autumn in Minnesota, as temperatures drop and days shorten, we can see signs that nature is preparing for the winter that is to come. The leaves on trees become brilliant, red, gold, and yellow, and then lose their grip and float to the ground. The goldfinches visiting our thistle feeder molt, setting aside their bright yellow coats for greenish-gray ones that are still lovely but less flamboyant. Rows of jars of dill and bread and butter pickles, and corn relish appear on the shelves of the laundry room in the basement of Toad Hall. Great flocks of Canadian geese trace massive V’s in the sky, and whitetail deer and wild turkeys venture out of the woods into grain fields at dusk to feed. And little voles work at finding ways into our basement.

The voles are not a major problem, all things considered, being small and not at all like the ROUS featured in The Princess Bride. (Google it if you don’t remember.) Still, allowing rodents in one’s basement is not recommended so each autumn it is my job to keep the little creatures out. Toad Hall was built in 1916 so over the years the structure has settled and shifted and tiny cracks have appeared in the limestone walls. Hardly noticeable, except in the unfinished furnace room, where no one spends time unless it’s necessary, but the openings are there and a few enterprising voles always seem to find them. I don’t like using poison (recommended at my hardware store) because I don’t like spreading chemicals around, and because I don’t want voles wandering off to die and rot next to some air intake for the furnace. So, traps it is.

Now, I do not want to get into an ethical discussion about trapping voles, so let me just say I’ve thought it through, believe it godly and leave it at that.

In any case, this year for some reason I mentioned the voles in my Facebook status, and was amazed at the comments that followed. Amazed at the number, I mean. People were actually interested, and left thoughtful, witty comments. It was lovely. Who would have thought rodents were so popular?

One commentator was my good friend, Scott Twite, who often seems to have the perfect song for every occasion, and once again he came through. He asked if I had heard “Mole in a Hole” from Richard and Linda Thompson’s album, Hokey Pokey (1975). I had not, but now it is part of the playlist I listen to most frequently.

The Thompsons did not write “Mole in a Hole”—it is by Mike Waterson, an English songwriter and singer. I was familiar with Richard Thompson from the soundtrack of Grizzly Man (2005). The music Thompson composed and performed for that film is stunning. When I noticed that “Mole in a Hole” was on a CD by him and his wife, I knew I’d be interested.

The melody is light and pleasant, the kind of song you would teach children who would love the imagery in the lyrics. I thought of a walk in the “hundred acre wood,” with dear friends, taking the time to see the flowers that are blooming and the bees that visit the blossoms. Then, like two extremes that form brackets in space, moles and flies, the low and the high, are celebrated for their freedom. Neither are particularly attractive creatures, but in the song we sense they exist to fulfill some greater purpose, their dignity flowing from the fact that they live as they were created to live, whether “digging low and slow… flying high in the sky.”

There is in all of us a deep yearning for freedom, a freedom that we know is our true destiny even though we can’t quite name the slavery that has us in its grip and that has torn the freedom from us. We wish to be ourselves and to be free—a double grace that always seems just a little out of reach.

This is the dilemma that haunts us. Often, just to make it through our days we have to find ways to push the dilemma and our yearning from our consciousness. A few solutions have been proposed. From the East come voices encouraging enlightenment, a state that once achieved claims that our dilemma—and existence itself—is merely an illusion. From the West come voices saying our dilemma and yearning are merely the random sparking of neurons in an impersonal cosmos—not an illusion exactly, but an illusionary existence nevertheless. Neither solution seems viable to me for what they propose, if true, seems worse than the problem we had to begin with.

Then, amid the clamor there is news of an empty tomb, of a death and burial followed by resurrection and ascension. Of a mysterious spiritual rebirth in which people yearning to be free can find themselves indwelt with the Source of Life, made free not merely in ourselves but in the One promised by seers and prophets to be fully divine and fully human, world without end. It is this story, this news that strikes me as most satisfying, most viable of all the proposed solutions.

But then we find that some embrace it, or claim to, and then deface it.

It is an oxymoron, of course. If we claim to follow Christ but are withdrawn from the world and from those who do not share our faith, then though much may remain unclear, this much is clear: we do not follow Christ. How is it possible to follow someone but then not go where he goes? How can we be his follower if we dismiss those with whom he spent his time and for whom he gave his life? What do we imagine “following” means?

Well, my feet are smelly and hair’s a mess
My teeth are yellow and I’ve got bad breath
I may look great but I feel like death
And I’m a refugee

My friend he was as wise as Mister Wise Owl
He could count from one to ten, from A to Z
My friend he was so wise he got religion
That’s why I’m alive today and he is dead

There is a perverted wonder here. The truly free are so bound in fear, defensiveness, and busyness that they cast have away their freedom to embrace withdrawal, imagining they have discovered a place of safety. A watching world yearns to be free, and sees freedom in God’s creation but not in God’s people. It is a criticism worth hearing.

David Eugene Edwards of 16 Horsepower captures the reality of Christian freedom well.
hide me in your hand
with the mother of my children
where the land sinks deep in it’s color
bless the ground where we kneel
safe in your woven creel
we follow for you speak
you speak as no other
[from “My Russia” on Woven Hand (2002)]

If you like to fish you will know the imagery Edwards invokes. A creel is a small wicker basket used by anglers to hold their catch. Light yet strong, for the fish suddenly pulled from its watery world the angler’s creel is a place of death. But Edwards knows the reversal of redemption, and in this perspective God’s creel is the only safe place to be. There we are hidden from danger, in God’s hand, blessed with shalom, made alive by the word of the One who is The Word. We are free because we are safely in God’s grace, safely caught and kept, and so have nothing to fear.

May God’s world, yearning to be free, see in us who claim to be free a freedom that makes them wonder whether there might be something to our faith after all. May we somehow remind them of moles, or flies, or maybe even both.