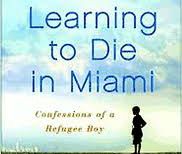 The cruelties of the Nazis are well known, and it is just as well since they must never be repeated. The cruelties of the Marxists seem less rooted in our collective consciousness, but that is not because Communism was kinder than National Socialism. Both ideologies extracted more than their share of bloodshed and both must be remembered as experiments in social engineering that reduced human beings to the status of mere objects. Nazism is by and large past, except for the occasional skinheads for whom brute power has become a god. Communism however, still remains in power, in the collective famine known as North Korea and in the isolated island that resides a mere 90 miles off the coast of Florida known as Cuba.

In 1962, three years after Fidel Castro seized power in Cuba, over 14,000 unaccompanied children were flown out of Cuba to the United States. Though life had its difficulties under the dictatorship of Batista, the people of Cuba could see that life under Castro would be far worse and wanted to get out. Some parents were able to follow their children into exile later, but many were not. The harsh fragmentation of families this exile represents is one of the bitter legacies of the Castro regime in particular, and of Marxism in general.

One of the children on board the airplanes flying from Cuba to America was an eleven year-old boy named Carlos Eire. Today he is the T. Lawrason Riggs Professor of History and Religious Studies at Yale University, and author of two memoirs that tell the story of his part in the airlift known to history as Operation Peter Pan. His parents thought Carlos and his brother would be able to return relatively soon, as soon as Castro’s Communist government was overthrown. That, of course, was not to be. Years later Carlos’ mother was able to join her sons in America, but the boys never saw their father again.

Eire begins the story of his forced exile in Waiting for Snow in Havana (2003), a brilliant memoir that reads like a novel and is all the more poignant for being a true story. Now, Eire continues his story in Learning to Die in Miami (2010). Like all exiles, he discovered that if he was to begin a new life in a new place he first must die, to Cuba and to a past that was no more and could never be recovered.

Eire tells a story that is as painful as it is hopeful, a narrative that is unlike anything I have ever experienced and yet accessible because it partakes of the essential vitality of what it means to be human in a badly broken world. It is a story that needed to be told. And it is a story that must never be forgotten.