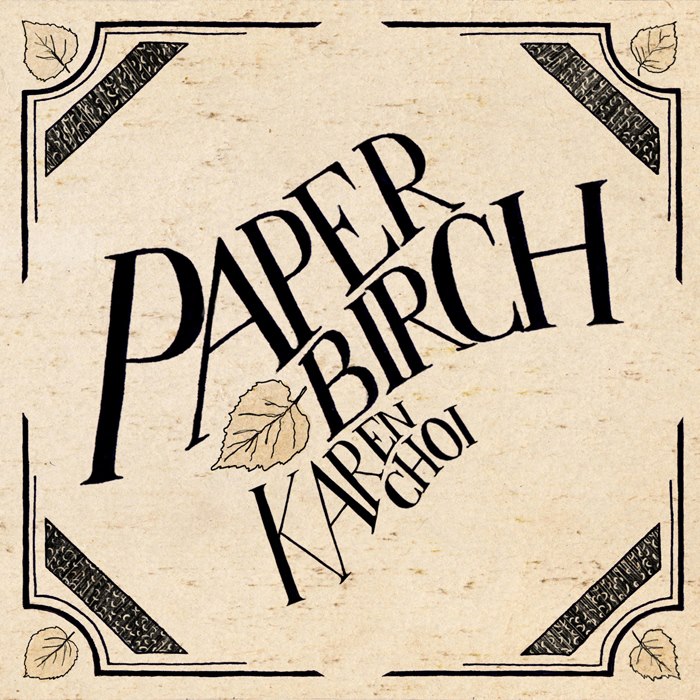 Touching time, sensing something more
Karen Choi has been on the move—Nebraska to Missouri to Minnesota to Missouri with a brief stopover in Tennessee and back to Nebraska. I mention this not because the distances are so great or the time in each place so long but because she’s paid attention to the details and they have found their way into her music. More than that, she’s reflected on time and place, being and relationships, intentionally focused on the here and now and so has had the precious and rare opportunity to see beyond the shadows into what’s really real.

Paper Birch, Karen Choi’s debut album, is a lovely selection of songs with lyrics that reflect a mind and imagination that is free enough to take the deeper questions of postmodern life seriously while remaining committed to a faith that is rooted in an ancient tradition of wisdom and revelation. “Over time, song-crafting became the intersection of daily living, relationships, faith, theology, philosophy, and beauty in Karen’s life” (http://karenchoimusic.com). Choi sings with the same passionate and intense clarity I’ve always associated with Emmylou Harris and Karin Bergquist, with fine backup musicians filling out a blend of bluegrass and folk with a lilting alt country sound.

Both Karen and her husband graduated from Covenant Theological Seminary, my alma mater. The songs of Paper Birch are never religious in the narrow sense, but not because she does not take religion seriously. She insists that truth made comfortable (“you watered down the poetry / Well that’s the difference between you and me”) is not true truth.

There was a time when you were burning up
Just like that whisky in a silver cup
Filled with the spirit to the brink
Don’t it all come down to what you drink
Baby, burn me like the whisky
that I love drinking down oh so slow
I want my truth rough and risky
Cause I’m a single malt soul
[From “Single Malt Soul”]

From the time I first listened to Paper Birch I found Choi’s music made me, somehow, more content to be finite, a creature limited in time and place. Human beings have always had a troubled relationship with time, though this was not meant to be. We know death waits nearby, and can appear suddenly, unexpectedly. So we think of saving time and wasting time and the shortness of time, and in an era of disbelief it all becomes magnified. If this is all there is, and then it just ends, then it isn’t enough. As I say, this was not meant to be. Being finite is not a problem because being finite is how we were created to be, and God called it good. Being finite, born to live every moment within the flow of time, is not an enemy but a gift, a grace of God allowing us to trust him with all that we cannot manage.

He made the moon to mark the seasons;
the sun knows its time for setting.
You make darkness, and it is night,
when all the beasts of the forest creep about.
The young lions roar for their prey,
seeking their food from God.
When the sun rises, they steal away
and lie down in their dens.
Man goes out to his work
and to his labor until the evening. [Psalms 104:19-23]

So we are content to work until the evening, when we lie down and sleep, knowing that we are not needed because the God who loves his creation remains attentive. In her meditation on place and pilgrimage in time Choi is aware that things seem fleeting but never is this reason to despair, but instead to be faithful.

A handsome man sat next to me, in a downtown breakfast café
He asked to share my table; I said I guess that’d be ok
He said his name was Thomas Raymond, but I could call him Tommy Ray
just like his friends
He told me tales of freight train riding and he wore a wandering grin
I said “if you want my sympathy, at best I got a listening ear
You got a baby on the West Coast crying
now what the hell you doing way back here?”
Hey, hey, hey Tommy Ray
That old freight train keeps pulling away
Hey, hey, hey Tommy Ray
Boy, you gonna have to settle down one day…
[From “Tommy Ray”]

The grace of God entered time in Jesus, who set aside the rightful claims of divinity to be a man who lived at a particular point in time. The omnipresent One took on finite form, and instead of railing against the limits of time embraced it so that he had a birth, a childhood, and a death, and then pressed through that curtain so that we too could know life and hope.

Old river flow, old river roll, roll, roll
Roll sorrow and sighing away
Our hearts were made to yield your praise
Old river won’t you roll away
And when your time comes and you stand at those gates
There’s no golden merit that will warrant your way
On Jesus rely; all your debts have been paid
The old river rolls on, poor sinners to save
[From “Old River Roll”]

When the Almighty entered time, having first created it, it meant that all endings could be endured because they do not represent the end of the story.

Feels like the passage, the passage of youth
Days make you older, honey, you know, you know that’s the truth
Calendar pages, they flip, flip through my mind
Go easy on me, oh won’t you Old Father Time
So I wait for go
So make up your mind, you middle road
Can’t straddle these lines, I can’t ride the unknown
My foot to the pedal, my hand on the wheel
A vertical pull and I want to be free
Fly past my window, little bird
Sweep me up in your light-hearted world
My heart on the line, a road that meets up with the sky
[From “Feels Like an Ending”]

This is music that does not merely entertain me—it feeds my soul.

The places Karen Choi has been, the convictions she holds dear, the loves she wants to embrace, and the time she knows is passing all meet in the songs of Paper Birch. And so life moves, she seems to say, and the constant change can be endured because some things constantly endure. 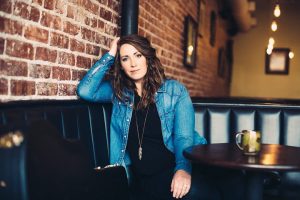