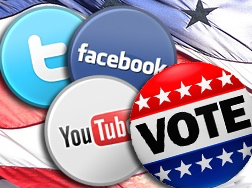 In Our Only World (2015), Wendell Berry argues that people must be careful to resist the temptation of politicization: the habit of mind that tends to reduce all of life to the political. “We must reject the idea—promoted by politicians, commentators, and various experts,” Berry says, “that the ultimate reality is political, and therefore that the ultimate solutions are political” (p. 63).

At first glance Berry’s idea sounds like a common sense proposal—after all who in their right mind actually believes that the political realm is ultimate to life—but in practical terms it’s really very radical. The reason it is radical is this: politicization is so common and has come to feel so natural that it can be uncomfortable to be with someone that resists politicizing whatever topic happens to be under discussion. We may not believe that politics is ultimate, but we tend to talk and act as if it is. It’s a habit we’ve picked up, inadvertently and unconsciously, from living in a society in which politicization has become so usual and expected that no one much thinks about it. We usually aren’t even aware we are engaging in it.

Here is the practical test: Raise a topic that is facing our world. It could be anything: income inequality, terrorism, racism, immigration, economic growth, judicial reform, abortion, physician-assisted suicide, policing, welfare, poverty, climate change, education. Then see how quickly politics is raised or is somehow inserted into the conversation.

We usually aren’t even aware it has occurred. It just seems natural. Since all of these topics are being debated politically, loudly and aggressively, it’s hard not to bring some political angle into the conversation. Everyone does it, and since that’s the framework in which these topics are discussed and debated it takes effort to intentionally approach them another way. Besides, political rhetoric and party agendas seem to offer solutions to all these intractable problems. “If [political] ideologies are adept at facile sloganeering,” David Koyzis writes, “it is precisely because their approaches are deceptively simple—“deceptive” in that they mislead people into believing that the goods they seek are all too readily available if they will buy into their reductive worldviews” (Political Visions & Illusions, p. 266). Solutions are only an election away, if only the other party (can you believe what they stand for?) would be reasonable and not frustrate our efforts to do what the nation clearly needs.

I want to argue that politicization is an error we need to resist, especially within the church where it should never occur at all. Here are four reasons why.

First, as Wendell Berry points out, sometimes the political sphere is unable to provide a meaningful solution. “Obviously we could use political help, if we had it,” he says. “Mostly we don’t have it. There is, even so, a lot that can be done without waiting on the politicians. It seems likely that politics will improve after the people have improved, not before. The ‘leaders’ will have to be led.” The political realm is a legitimate and necessary aspect of life, but it is not ultimate. Unless I am called to politics, my faithfulness does not center on the political sphere but only touches on it in my role as a citizen. For the vast majority of us, Michael Novak points out, politics like the engine room on a ship. We want it working smoothly on a cruise but we shouldn’t want to spend a lot of time there.

Second, Berry argues that politicization skews our sense of scale. “Though many of our worst problems are big,” he argues, “they do not necessarily have big solutions.” And even if bigger solutions are eventually required, beginning with small but meaningful steps in the right direction might be what is needed to get the process started. And even if our small meaningful solution doesn’t reach the tipping point of a larger effort, our faithfulness remains significant.

Third, I would argue that politicization replaces principle with ideology and confuses the end for the beginning. As a Christian I need to begin not with political agendas or ideologies but with the foundational principles determined by the truth of God’s word. How do Scripture and the tradition of orthodox teaching over the centuries speak to the topic? What foundational beliefs and practices does my faith provide to shape my perspective and understanding of the issue? Only after I have reflected deeply and well at such a foundational level will I be equipped to explore what possible political moves, if any, might be advisable.

Politics shows up near the end, as one possible application of the principles we believe, not near the beginning of the conversation, and never as essential. This is a process of learning and thinking that takes time and along the way may raise more questions than answers. Which is why political ideologies can be so attractive. They simplify the process, propose an agenda, and provide bullet points to win debates. And since all this is always being shouted in the wider marketplace, it takes effort not to let it shape our mind and imagination. However, being a Christian means we live under Christ’s Lordship, within the framework of the world and life view revealed in God’s word and so we must work to see that our mind and imagination is shaped by the foundational principles that make up that framework. As David Koyzis demonstrates in Political Visions & Illusions (2003), the biblical word for ideology is idolatry.

And fourth, politicization subverts the process whereby Christians seek to identify and explore foundational principles. Every political ideology begins with some truth about life and reality. A libertarian ideology, for example, sees the individual as having dignity and personal property in a free market as significant. Both of which are true, so it is easy to find texts of Scripture that buttress such convictions. A progressive ideology, on the other hand, sees the community as necessary for human flourishing and the marketplace as easily perverted by greed without regulation. Once again, both are true and so biblical texts can be mustered. Thus, when believers turn to the Bible in trying to think about some economic issue the simple act of reviewing the appropriate scriptural texts can inflame the emotions of the participants. In so doing the participants reveal that though they confess to being under Christ’s Lordship, their primary allegiance is actually to an ideology. Which might be the reason these issues are rarely explored seriously within the church.

The resources we have as Christians—Scripture, centuries of wisdom in applying the truth to life and culture, insight from believers in different social and cultural settings, a covenant community where we should be safe to explore ideas freely—are very rich. Availing ourselves of them will allow us to identify and creatively engage the foundational principles that should inform our thinking and feeling and doing in relation to all the social issues that confront us, locally, nationally, and globally.

Hopefully we can all agree as Christians that it is scripture and historic orthodox teaching and practice that should shape our foundational principles. And we should all understand that as we move from text to interpretation to policy to application to political effort there is room for difference of opinion. We can live with that because love is ultimate in our covenant community by the command of our Lord. But let’s make certain that in discussing important issues we go back to the foundations of our faith and touch on politics only at the end, if it seems relevant and helpful. All of which begs some discerning reflection and discussion.

1. Are there statements in this article that are misinformed, uninformed, or erroneous? What reasons would you supply to make your case?

2. To what extent has the habit of politicization infected your consciousness? Where is it most likely to appear? Of what do you need to repent?

3. Why does the politicization of life and society seem to make sense or be attractive in our modern world?

4. What political ideology(s) and/or agenda(s) are most attractive to you? Why?

5. Provide a recent concrete example of politicization in action. What effect did it have on the conversation or discussion?

6. To what extent do you think politicization has infiltrated your church community? …the wider Christian community?

7. What would be required to form a safe discussion group that as objectively, authentically, and intentionally as possible seeks to identify and explore the foundational principles for some hot-button issue?

8. Some Christians might resist going back to foundational principles because they believe they already know them, or because they fear such an effort would simply be used by the leader to present their political preferences. What other objections might be raised? Might we also fear being shown our perspective is erroneous or incomplete which would only complicate our already busy lives?

9. Many Christians seem to act as if difference of opinion in how best to apply the truth is as bad as refusing to believe the truth. Discuss.