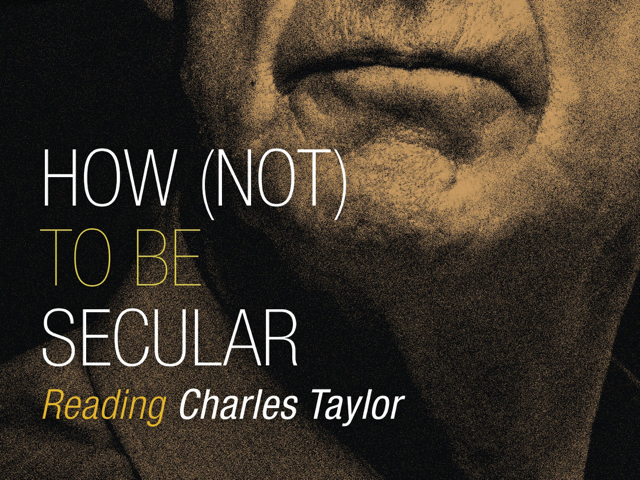 Insight into our secular world
In 2007 McGill University philosopher Charles Taylor published A Secular Age, the culmination of a lifetime of careful study and thinking on the secularism that dominates our world of advanced modernity. It is a masterful accomplishment by a Catholic thinker and distinguished academician, weighing in at 874 pages, if you include the notes and index at the end, which I certainly needed as I read. It is full of rich insight and tells the story of how the world moved from a perspective shaped by a firm belief in transcendence and the divine in the Medieval Age to a world now dominated by the conviction that meaning can be found without any notion of transcendence or the divine at all.

The story Charles Taylor tells is one we need to know if we are to follow Christ into the world with the gospel. He provides something like a worldview map for our time, an overview of the mental landscape increasingly adopted by our neighbors and friends that do not share our deepest convictions and values. There are a number of points at which I think Taylor is mistaken, but I still warmly recommend A Secular Age to you.

Still, I also know that 874 pages of dense philosophical reflection will not be everyone’s cup of tea. So, if that’s the case for you, don’t read it. Instead, read How (Not) to be Secular, a wonderfully accessible 143-page summary of Taylor’s magnum opus by James K. A. Smith, philosophy professor at Calvin College. It’s not beach lit, of course, but will reward a careful reading—and I think it’s important enough that I would encourage you to set aside time to do so.

How (Not) to be Secular provides readers three very helpful gifts. First, it summarizes the story Taylor tells and so allows us to see how we came to be where we are as the world went from the medieval period through modernity and into advanced modernity. In the process we can understand a bit more clearly how our non-Christian friends came to believe as they do. It won’t make us agree with them but it’ll allow us some insight into why they might find their beliefs to be plausible and even compelling.

Second, How (Not) to be Secular shows that the popular notion of becoming secular as a “subtraction story” simply is not true. This is the idea that if you take a normal, educated person and subtract religious beliefs, doctrine, and dogma from them you end up with a secular person. But Taylor demonstrates this is not true—the process of becoming secular requires the addition of a different set of beliefs, doctrines, and dogma. We are back on a level playing field.

And finally, How (Not) to be Secular provides readers with a set of terms from Charles Taylor that allow us to make better sense of our secular age and the beliefs of our non-Christian, secular friends. Smith even provides a helpful glossary at the end of the book that is worth the price of the book all by itself. To wit, two examples:

Fragilization — In the face of different options, where people who lead ‘normal’ lives do not share my faith (and perhaps believe something very different), my own faith commitment becomes fragile — put into question, dubitable.

Exclusive humanism — A worldview or social imaginary that is able to account for meaning and significance without any appeal to the divine or transcendence.

Smith realizes that as thoughtful Christians follow Christ into the world they can be in for a bit of a shock. “You thought you were moving to a world like yours, just minus God;” he says, “but in fact, you’ve moved to a different world entirely.” How (Not) to be Secular will help you make better sense of that entirely different world.