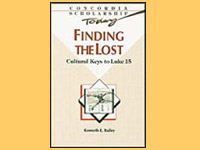 Since the Bible is a literary work set in a particular cultural and historical setting, we must seek to read the text as the original author intended, and as the original readers would have understood it. As Dr. Doriani puts it in Getting the Message: “The more we understand about the world of the Bible, the better we understand the Bible itself.” The reason is that to the extent our perspective differs from that of the first century there is the possibility we will either read into the text something that isn’t there, or miss something the original readers understood but which remains hidden to us. Thus, nurturing an understanding of the history and culture of the biblical world enriches our understanding of God’s word.

There are a number of things we can do which will help us be better students of Scripture at this point. One is to observe carefully the cultural and historical data in the text itself. Such material is not extraneous, but is part of the inspired text and therefore is God’s word to us as much as is any teaching found in the passage. Another thing we can do is be self-aware, a student of our own culture in order to identify as much as is possible, the various prejudices we bring to the text. Our penchant for individualism, for example, can easily be read into the Scriptures, inadvertently but effectively blunting the biblical emphasis on covenant community.

Another thing we can do is build a library of resources by scholars who can help us see more clearly from the literary, cultural, and historical perspective of the first century. One book to include in that library is Kenneth Bailey’s Finding the Lost. In one sense it is a simple book; a study of the three parables of lost things recorded in Luke 15: the lost sheep, the lost coin, and the lost son. It is also a scholarly and detailed study which will deepen your understanding not just of these parables, but of the entire New Testament. (Dr. Bailey is a theologian whose specialty is the cultural background and literary forms of the New Testament, and who for over 35 years has taught the Scriptures in Egypt, Lebanon, Jerusalem, and Cyprus.)

Consider, for example, one small detail in the parable of the lost sheep. In Luke 15 Jesus is talking to the Pharisees who have criticized him for eating with “sinners and tax-collectors” (v. 2). In response he tells them three stories, the implication being that in each case he seeks to recover what has been lost. This is something the Pharisees would not do, since they remained apart from “sinners” who might defile them. Now, when we read how Jesus identified himself—and the Pharisees, by implication, as Israel’s spiritual leaders—as shepherds, we tend to have a warm feeling about the image. David was a shepherd before he was king, and even God is viewed as a shepherd in the Old Testament (Psalm 23). Sheep, particularly lambs, are cuddly creatures, and shepherds are noble peasants pursuing an honorable vocation, braving the elements for the sake of their flock. This may be our view of it, Bailey argues, but it’s not how the Jews of the first century saw it. They saw shepherds as untrustworthy, men who made a living by driving their flocks intentionally onto other people’s land. “Shepherds in the oral law,” Bailey notes, “were a proscribed trade. These trades were listed by the rabbis as being those professions which no law-abiding Jew should teach to his son because in the judgment of the rabbis it was impossible to keep the law and practice such trades… Thus to address Pharisees as if they were shepherds would be considered by the Pharisees as aggressive and offensive.” And not merely shepherds, mind you, but failed shepherds who have to go out looking for lost sheep. In other words, the very image in the text that we see as positive and endearing, the first audience perceived as negative and insulting.

Finding the Lost is accessible and clearly written, a good resource for serious students of the Bible. I began this book assuming I’d seen most of what there is to see in the three parables of Luke 15; by the end I was seeing with new eyes.