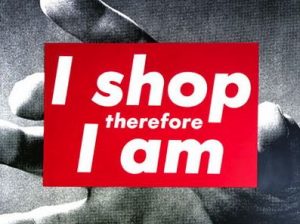 As Christians we should be grateful for every aspect of society that allows human beings to flourish. Each is evidence of the common grace of God. Rain and sunshine continue to bless the land and the lives of farmers even if those farmers refuse to acknowledge the Creator’s existence (Matthew 5:45). The goodness of God still helps them flourish as persons fulfilling their vocation, and that is a grace for which we can give praise.

Common grace is evident in more than in the gifts of nature, and can be glimpsed as well in the unfolding processes of human history and society. The industrial revolution, for example, launched in 18th century Europe and America, introduced industrial methods whereby a growing flood of products could be made available at a reasonable price. The average citizen today in America, Europe, and urban centers around the world is able to purchase a host of items that were unavailable a generation ago—and in some cases a few years ago. As I type this there are products within easy reach of my desk that I use regularly that had not been invented when my grandfather was alive. I am grateful to be alive at this period in human history, and the vast choice presented to me when I go shopping reminds me that the vast majority of humankind knew nothing of the practical riches I so easily take for granted.

But as with all good things, we know that in a fallen world there is always a darker side. We live in the now/not yet of Christ’s Lordship, when his kingdom has been inaugurated but not yet brought to full consummation. Redemption has been secured after the fall but the final restoration has not yet occurred. So we live in a world that tends to vandalize the good shalom of God and spawns systems that align themselves against God’s kingdom. Which is why the correct posture for the believer is always gratefulness with discernment.

St Paul warns us of three sources of temptation (Ephesians 2:2-3): the flesh (our inner fallen desires), the devil (outer seduction to sin), and the world (the cultural systems we live in that resist the rule of God). So I am grateful for the results of the industrial revolution but must beware my insatiable desire to want what I do not need, the whispers that assure me my life will be fuller if I just purchase some gadget, and the network of propaganda that sweeps me into patterns of consumption that are shaped not by faithfulness but by the demands of the marketplace. The solution is not despair nor withdrawal nor assimilation, but a willingness to buttress our gratefulness with reflection that helps us discern the shape of faithfulness as consumers who wish to live as if Christ is really Lord of all.

One aspect of our world that invites reflection is the fact that as the industrial revolution has unfolded to produce so many readily available goods, something called consumerism has subtly grown as a hidden motivation to consume in ever increasing quantities. As more goods are produced, more consumption is needed to keep the system working. So, marketers seek to find new consumers or to induce consumers to consume more. Products can have obsolescence built into them, or they can work well but go out of style. Whatever the details—and they are both numerous and ingenious—the result has been a subtle but powerful view of life that revolves somehow around consumption. (If you doubt this, watch the superb television series, Mad Men.)

Please understand: I am not suggesting that consumption is wrong. Human beings, by their very nature, consume. It’s impossible not to consume, and even those who drop off the grid still consume—their patterns of consumption are simply different. I am a consumer. But since I am also a Christian, I want my patterns of consumption to be shaped by the truth of God’s word in Creation, Fall, Redemption, and Restoration, not merely the demands of a marketplace in a fallen world.

The Merriam-Webster online dictionary defines consumerism as “the theory that an increasing consumption of goods is economically desirable; also: a preoccupation with and an inclination toward the buying of consumer goods.” True enough, but I think this is too neutral, not quite capturing the reality that consumerism manages to achieve a power that helps to shape our desires, our view of things, and our lifestyle to some degree or another.

In a new work, Shopping for Meaningful Lives, author Bruce Rittenhouse argues that consumerism has tendrils of meaning that extend deeply into human consciousness. His research suggests that, “consumerism is not only a pattern of behavior that characterizes an individual life, but a way in which an individual organizes his or her particular life to seek to give it meaning.” This means that consumerism is not merely a neutral factor in the economic functioning of the marketplace but something that helps shape human desires, decisions, and souls.

My claim is that consumerism is an existential stance in response to the existential threat of meaninglessness. As such, it represents a flawed working solution to a religious question that Christians believe can finally be answered only through Christ. Individuals who live a consumeristic life seek to defend themselves against the existential threat of meaninglessness by displaying purchases that have meanings as signs that are intended to procure recognition from other persons. When successful, such recognition temporarily validates the subjective value that a person places on the meaning of his or her own individual life…

It would be easy to dismiss Rittenhouse’s argument except for the fact that we’ve all experienced its reality. I am a grandparent but it felt good when young adults mentioned they like my fedora and wonder where I bought it. For a few moments I was noticed by people who help define what’s cool, and the attention was fun. We might claim we have no bouts of meaninglessness but that is doubtless untrue. We are finite creatures, as well as fallen, and finding a sense of significance in our franticly changing world is an ongoing process that has both ups and downs. I feel deeply secure as a Christian, but admit that I saw my hat—and myself—in a new light as it was noticed and commented on.

I suspect I am not alone in this. Perhaps you’ve experienced feeling underappreciated at work, only to purchase something that colleagues have mentioned over lunch, and suddenly you are the center of attention. The entire process might even have occurred at an unconscious level. Still, it occurred.

Whether we realize it or not, consumerism touches on issues of character, inspires personal feelings of significance and meaning, and helps shape our understanding of human flourishing. As such it is an ideology and should be seen as such. Thus, Christian faithfulness in a consumerist society will need to be discerning about this rival gospel, and demonstrate a way of life that is free from its demands and values.

Christian thinker and sociologist Os Guinness provides us with another avenue of insight in A Free People’s Suicide. Here he comes at the issue by concisely identifying the heart of the consumer revolution in a way that intersects with our daily lives in tangible ways:

Nothing symbolizes the magic power of the consumer revolution better than the birth of the credit card, introduced by the Bank of America in California in 1958 as the grand fulfillment of three Ds: debt, desire and democracy. What the credit card has done is transform our modern assessment of value. Value is no longer estimated by the ingenuity and sweat of the labor taken to produce something, but by the degree of satisfaction it promises its purchaser.

The result of the consumer revolution is fourfold: first, a decisive shift from needs to desires and an explosive intensification of desire (“taking the waiting out of wanting,” as the early ad for the credit card said); second, a strong reinforcement of vanity and envy, as advertising makes luxuries into necessities and invites each person into a lifelong comparison with others; third, a vast extension of choices, not only in terms of products but also of lifestyles and possible futures; and fourth, of course, an astonishing accumulation of excess, junk and debt.

Do Americans not have the right to consume what they produce as a result of their greater ingenuity and entrepreneurship? Yes, of course, but if all the developed and rapidly developing countries did the same, the earth could no longer afford or sustain the consumption, and the inequities between the rich and the poor would be even starker than they are now. [p. 157-158]

Far more could be said, but these explorations of consumerism, though incomplete, give us a rich set of ideas that cry out for open-minded discernment.

1. Do you find that Christians are generally eager and willing to civilly discussion issues of economics, the market and consumerism? Why do you think this is?

2. Rittenhouse’s definition of consumerism identifies it as a “rival gospel,” a form of idolatry. Like the pagan idolatries that surrounded the Old Testament people of God, this one too seems to work at times. Just as the gods of the Israelite’s enemies seemed to give them military victories (which is why they placed the captured treasures of the Temple in the house of their gods—see, for example 1 Samuel 5:1-2 & Daniel 1:1-3), so the values of consumerism can help us feel more meaningful after a purchase. How does this give us insight into the existence and working of idolatry in our postmodern world?

3. If you are willing, identify a time in which a purchase gave you a deepened sense of significance and meaning (even if momentary). How have you noticed the quest for significance reflected in advertising?

4. Guinness claims that the credit card has tended to “transform our modern assessment of value.” To what extent is your estimation of a good’s value found in “the degree of satisfaction it promises” you as the purchaser? To what extent do you find this problematic? Theoretically, would it be better to instead see something’s value as in “the ingenuity and sweat of the labor taken to produce” it? Why or why not? Are they mutually exclusive?

6. Would you agree that Americans have the right to consume whatever they produce? Why or why not?

7. To what extent is being able to afford something an adequate justification for purchasing or owning it? What ethical issues are involved in this issue?

8. Much of the time, discussions of this topic tend to dissolve into political debates about economic agendas of the left and the right. Why is this? Should it be this way among Christians? Why or why not? What would need to change to allow the conversation to continue?

9. Some would argue that two of the potential effects mentioned by Guinness—a greater accumulation of junk and excess, and starker inequities between rich and poor—are merely a factor of normal economic exchange and need not be of great concern. How would you respond?

10. Some would argue that the possibility “the earth could no longer afford or sustain the consumption” in the future is something that should be left to the market. Any attempt to legislate or regulate such things must be resisted as ineffective, misguided and perhaps a step on the road to socialism or at least greater control by the State. How would you respond?

11. What ideas and values found in Scripture and taught in historic orthodox Christianity are relevant to these questions? How can we arrive at helpful answers without lapsing into a form of legalism or elitism?