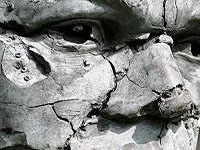 Sometimes the simplest songs are best. I’m not thinking of simplistic music, the sort of mindless jingles that assault us in service of consumerist and religious propaganda. Quite the opposite–I’m thinking of music so finely crafted that it captures a richly nuanced slice of reality without wasting a word or a note.

A friend wisely reminded me of this Dylan song when I was trying to recover recently from a broken heart. Listening to it again (and again) named what I am living and that I am not alone.

We invest an enormous amount of time, energy, and money to shelter ourselves from the brokenness. And so we should, I suppose. Only God can bear the full brokenness of the world without sliding into cynicism or despair.

Yet we are called to follow Christ. He left the shelter of eternity to embrace our brokenness so fully that even raw torture, betrayal, homelessness, and death alone in darkness were not kept from him. He befriended disreputable people until his reputation suffered and then he kept on anyway. He knows brokenness because he embraced ours.

The brokenness is never easy, and sometimes just when we think our heart has been broken, it is broken again. It doesn’t lessen the pain, but it makes it bearable to remember that Christ walked this path ahead of us.

And that he promises that someday soon grace will be so complete that, as C. S. Lewis put it, heaven will work backwards. “The Biblical view of things is resurrection,” Tim Keller says, “not a future that is just a consolation for the life we never had but a restoration of the life you always wanted. That means that every horrible thing that ever happened will not only be undone and repaired but will in some way make the eventual glory and joy even greater.”

It’s the reason that Christmas, the Eucharist, and Easter are worth celebrating, broken-hearted or not.

"Everything is Broken" by Bob Dylan on O Mercy (1989). Thanks to my friend Scott Twite for reminding me of this song.