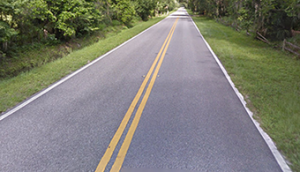 I know, I know. My mother always told me not to call anyone an idiot, but really, what other word will do?

I’ve just started an inductive study of St Peter’s first epistle. It’s been awhile since I’ve immersed myself in a biblical book, living in it over a period of weeks, or however long the study takes me. That’s reason enough to do it. Over the centuries of Christian experience, 1 Peter turns out to be a section of scripture beloved by Christians who find themselves in societies that are hostile to their faith. That sounds familiar and is a second good reason, and so I’ve begun.

The first step in such study is called Survey, when I try to become familiar with the entire text, reading and rereading it and then rereading it again. It’s like moving into a house at the edge of a woods and taking the time to walk slowly through the woods enough times in all directions, and over again until it begins to feel familiar. The first few forays seem artificial, forced, rote but I’ve learned that if I stick with it quiet discoveries begin to present themselves and I’m drawn in to the text more deeply. Themes distill from the details of what the author wrote, questions take shape that I need to pursue, surprises appear, the flow of the prose and its sections emerge, as slowly my interaction with the text becomes a conversation.

So, I’m in this process in 1 Peter and two verses jump out at me by making me distinctly uncomfortable. On the one hand it’s exactly what I expect in Bible study, and it always happens during Survey. On the other hand, uncomfortable is uncomfortable, so I thought I’d raise the issue with you.

If you are insulted because of the name of Christ, you are blessed, for the Spirit of glory and of God rests on you… if you suffer as a Christian, do not be ashamed, but praise God that you bear that name. (NIV, 1 Peter 4:14, 16)

Here’s why these texts make me uncomfortable. I’m not ashamed of my faith, and don’t think I’d have much of a problem with being insulted for being a Christian. It wouldn’t be pleasant, but it’s a cost worth bearing for the sake of my Lord. At least that’s how I hope I’d respond. On the other hand, I am mightily ashamed of a lot of what passes for Christianity in America. I can imagine being insulted not for the faith that I actually hold but for the incivility, embarrassing foolishness and dare I say it, utter and complete idiocy that sometimes passes for evangelical biblical Christian belief and practice today.

OK, with apologies to my mom, I’ve said it. Am I the only Christian in America who thinks some who claim to be Christian act and talk like idiots? I don’t have any data to back this up, but I don’t think so. I think a lot of us are uncomfortable.

Truth be told, I’m a lot more patient with non-Christians than with Christian idiots. I’m willing to be insulted by a secularist for believing in Christ’s miracles when he thinks the stories are make-believe because science has shown there is no supernatural. Or for believing in prayer when by my own admission things don’t always turn out like I request and studies have not definitively proven its effectiveness. I’ll gladly be insulted for believing—really believing, mind you—every line in the Apostles and Nicene Creeds. I’m even willing to be insulted for my involvement with the church when that institution is guilty of so much that is so terribly wrong, including, but not limited to instigating religious wars, persecuting those who disagree with it, excusing slavery, autocracy and misogyny, and preaching repentance while being slow to repent for these and other sins.

However—and here I draw a line—I am not willing to be insulted by a hostile neighbor simply for being a Christian when everyone knows what Christians are like because it’s in the news. Christians are judgmental and negative people who are homophobic and quick to criticize, who believe all undocumented persons should be rounded up and deported, no exceptions, no questions, who are convinced that since some blacks have achieved success and wealth racism is not a serious problem in America, who argue that refugees are dangerous and should not be admitted to the country, who believe smaller government is always better government, that an unregulated free market always produces just, equitable and sustainable results, who think contemporary art is an abomination, who are slow to condemn neo-Nazis, and that… well, the list goes on and on. I don’t want to be lumped in with this sort of belief and practice, I don’t want to have people assume this is an expression of true Christianity and I don’t want to be insulted for being part of it. When such insults come I draw the line and insist this is not me, but idiots that may claim to be Christians but who obviously have not learned to think Christianly, or on second thought, to think at all.

More and more non-Christians find Christianity an unattractive faith and unhelpful, or even potentially dangerous in a pluralistic society riven with religious and ideological rivalries. So, given the growing hostility, it only makes sense that I should expect to perhaps be insulted for being a believer. I am content with that, but still, I do not want to be insulted for idiocy I am careful to eschew and find antithetical to my faith. I don’t expect non-Christians to make these distinctions, or frankly to even care. So the issue is mine.

And that suggests the need for some careful Christian discernment.

1. Do I need to repent? There is a category of person mentioned in scripture as “weak,” and mature believers are to make allowance for them and care for them in love and compassion. Some, apparently, are weak in terms of justice and some are weak in faith. 2.a. See, for example, Psalm 72:13-14; 82:4-5; Ezekiel 34:1-24; 1 Corinthians 8:1-13; 9:22-23; 1 Thessalonians 5:14-19. What do these texts suggest for my dilemma about those believers whom I find embarrassing? 2b. When St Paul was instructing the elders of the church in Ephesus he said they “must help the weak” (Acts 20:35). “As for the one who is weak in faith,” he wrote to the church in Rome, “welcome him, but not to quarrel over opinions” (14:1). In this particular case the issues involved what they should and should not eat and whether certain days were more important than others, but love mandated that the mature should make allowances. “Who are you to pass judgment on the servant of another?” Paul asks. “It is before his own master that he stands or falls” (14:4). And if that isn't clear enough, the apostle reminds his readers that we are all slated for God’s judgment. “Why do you pass judgment on your brother? Or you, why do you despise your brother? For we will all stand before the judgment seat of God; for it is written, ‘As I live, says the Lord, every knee shall bow to me, and every tongue shall confess to God.’ So then each of us will give an account of himself to God” (14:10-12). To what extent does this apostolic instruction apply to my unwillingness to be insulted for my faith when fellow believers act in ways I find idiotic? 2c. The Hebrew poet presents God as taking the side of the weak when they are spoken against. “‘Because of the oppression of the weak, and the groaning of the needy, I will now arise,’ says the Lord. ‘I will protect them from those who malign them.’” (Psalm 12:5). It is likely, given the context of this statement, that it refers not primarily to those weak in faith but those who powerless, voiceless and therefore cut off from justice in society. Still, it seems clear from the consistent emphasis of scripture that God disapproves of mistreatment of those who are weak and calls those who are strong—in society, in faith—to care for the weak and to never treat them dismissively. To what extent does this apply to the issue we are discussing? 3. Several clichés come to mind: “Hate the sin, but love the sinner.” “Debate ideas but don’t dismiss people.” Are there healthy, loving ways I can separate myself from toxic ideas and practices without being dismissive of the believers that hold them? 4. To what extent should I be willing to accept the insults of unbelievers who accuse me of things that are untrue of me but true of the “Christianity” displayed before a watching world today?