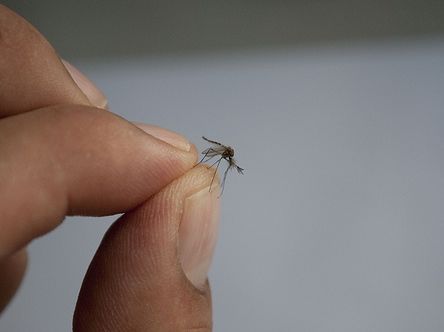 Bill Gates recently included a fascinating graphic on his blog to highlight the deadliness of mosquito borne illnesses, a problem the Gates Foundation is working to alleviate. The graphic was simple but arresting, listing a series of creatures and the number of human deaths that could be attributed to them annually.
Shark: 10
Wolf: 10
Lion: 100
Elephant: 100
Hippopotamus: 500
Crocodile: 1,000
Tapeworm: 2,000
Ascaris roundworm: 2,500
Freshwater snail (schistosomiasis): 10,000
Assassin bug (Chagas disease): 10,000
Tsetse fly (sleeping sickness): 10,000
Dog (rabies): 25,000
Snake: 50,000
Human: 475,000
Mosquito: 725,000
Those numbers are sobering, and I’m glad Bill and Melinda Gates are working to combat the problem. When I visited Ghana several years ago my hosts pointed out a huge building under construction at the University in Accra. Funded by the Gates Foundation it was to be a center for mosquito and malaria research.

As a Christian I believe several things about the nature of things. I believe that the brokenness of the world, introduced when our human parents decided they could be autonomous from God’s word, extends to every aspect of life, so that nothing in creation escapes unscathed. I believe the world was created good, and was corrupted at the Fall. Malaria, illness, and death are not normal but abnormal, not meant to be and are now working to devastate God’s good world. I believe it is part of our calling as creatures made in God’s image to lean against the effects of the Fall in our work. And I believe that when his kingdom is consummated, Christ will restore his corrupted creation, not merely halting the spread of brokenness but by bringing it to its full glory, and Creation restored and glorified is beyond my ability to imagine.

But, I wonder, where will mosquitoes fit into that reality? The first part is easy: no longer will mosquitoes carry deadly diseases. The next part is harder: what part will they play in a fully restored creation? Will there be a place for biting, swarming insects on the new earth? What role did they play in an unspoiled world? What would a nice mosquito—one I didn’t immediately want to crush into oblivion—be like?

The answer, of course, is simply that we do not—and cannot—know. Perhaps an entomologist could hazard some guesses, but that’s all it would be, guesses. The reason is probably not primarily because we don’t know enough about mosquitoes (though that may also be true), but because we cannot peer out of our brokenness into the nature of glory with any degree of clarity or precision. “Even a creation that is good,” William Edgar says, “can have untamed features.” The possibilities are fantastic.

There is a lovely simplicity to the story of redemption, so that even children were drawn to Jesus and believed. And beneath the simplicity there are layers of nuanced meaning going so far back to the essence of things that our finite minds will never be capable of taking it all in, simultaneously and completely. That the redemption achieved by Christ in his life, death, resurrection and ascension extends, in the words of the traditional carol, “far as the curse is found” is easy to affirm. Imagining what that could possibly mean for a creation that includes mosquitoes is a secret, a mystery hidden in the grace of God.

But, I believe, it’s going to be good—very good.