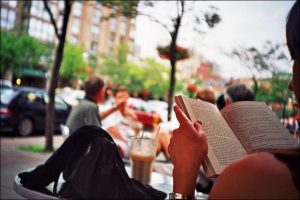 “The moment we want to believe something,” playwright George Bernard Shaw (1856-1950) commented, “we suddenly see all the arguments for it, and become blind to the arguments against it.” I suppose that’s only natural, but for those of us who want to think and live with integrity it’s unwise to leave things there.

This is hardly a scientific observation, but I’ve noticed that people’s beliefs tend to reflect their reading habits. What I mean is that political conservatives tend to subscribe to conservative publications, liberals to more progressive ones. Only rarely does the opposite seem to occur. Only rarely do I find left-of-center folk avidly reading National Review or their right-of-center counterparts reading The New Republic. The publications we choose to subscribe to tend to hold an editorial position with which we are comfortable, and in which we will find support for what we already believe. This is only natural, as I say, although this also means that only rarely can we be certain we hold our positions having considered the very best arguments against them.

The same holds true, it seems to me, for evangelical Christians. When we want to know the arguments against our faith, for example, we tend to read books of apologetics by Christians who argue for the truthfulness of the faith against the arguments of opponents. These books can be extremely helpful. I read them too, and often recommend them in these pages. Still, if I want to hear the best, the strongest argument against Christian faith wouldn’t it be better to read something written by a thoughtful disbeliever, rather than reading a summary of their thinking filtered through the mind of a believer in the midst of a sustained argument for the faith? If I want to be assured that my position is true, plausible, and compelling, a good step in the process is being exposed to the best argument against what I believe.

When I am talking to friends who are moving towards Christian faith, I ask them if they have seriously considered the alternatives. I may have already loaned them copies of books like Tim Keller’s The Reason for God. Now, I suggest they read something like Anarchy Evolution: Faith, Science, and Bad Religion in a World without God by Greg Graffin & Steve Olson. I want them to come to faith, not because it is easy but because it is true. Not because they cannot imagine any reason to disbelieve, but because they have reflected on the alternatives and become convinced that the gospel truly is the good news of life and reality.

Occasionally I stop and review what I have been reading with this in mind. We make a point to subscribe to publications that hold positions editorially with which we disagree. As I’ve tried to learn about Islam over the past couple of years, I’ve read not just the Qur’an but works by Muslims. I cannot read all that I would like, so hard choices must be made. But I do want to read so that my thinking is not merely reinforced but challenged. I want to be challenged by the best that can be arrayed against what I assume to be true. It is not always easy and never very comfortable but then truth is like that: gritty, real, messy, sharp.

If what I believe to be true is convincing only because I live in the shadows away from the best arguments against it, I can hardly claim it to be the light. It may be, but it will always seem dim and untrustworthy, and my claims will always seem to be bravado instead of reality. Being made “children of light” (Ephesians 5:8) by God’s grace, means we have nothing to fear from the darkness.