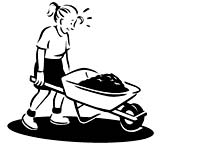 One of The New York Times Magazine columns I always read is “The Ethicist,” by Randy Cohen. Mr. Cohen, a graduate of the California Institute of the Arts, has written for The New Yorker, the Atlantic Monthly, and Harper’s. He has an interest in comedy writing, winning three Emmy’s for writing he has done for the David Letterman show. And besides the weekly column in NYT Magazine, Cohen also writes on ethics for theTimes of London. “I’m not sure that anyone actually does anything I suggest,” Cohen says. “On a good day, however, I hope I’ve helped the readers reach their own conclusions. My job is to make the discussion illuminating, the analysis thoughtful, and the prose lively. At least, that’s what I try to do, and if I can present the questions in a way that lets the reader see them fresh, I’m pleased.”

I always find “The Ethicist” to be interesting. Interesting for the range of questions and issues that he receives from readers and chooses to reflect on. Interesting for the principles, either assumed or identified, that he brings to bear on the issues. Sometimes I agree with Cohen; sometimes I disagree, but always I am glad I am listening in on this ongoing conversation about ethics published in one of the world’s most widely read newspapers.

A recent column caught my attention both because of the question raised and the answer Mr. Cohen provides. As you read, please note your immediate response. Although I believe gut responses are not dependable guides to Christian faithfulness, they often provide insight as to who we are as people. And that is something that is always worth some serious reflection. In any case, here is the letter Mr. Cohen received, and his reply:

A woman I hired to do simple gardening comes weekly and, when school is out, brings her kids. While her twin preschoolers play in the shade, her approximately 9-year-old daughter works alongside her. I am uncomfortable watching my 8- and 11-year-old boys kicking a soccer ball as the girl walks past pushing a wheelbarrow. Should I ask the mother to keep her daughter from working? Should I not employ this woman? — Jane E., Albuquerque

You are rightly dismayed by this situation, but you’ve phrased the question curiously, emphasizing your discomfort rather than a child’s well-being. If you are concerned about the daughter, as you admirably seem to be, you ought not make her life harder, which firing her mother would certainly do. And rather than insist that the mother make the daughter drop that wheelbarrow, you might encourage your sons to invite the daughter to play soccer with them. Her mother will likely be relieved: having a 9-year-old “help out” all but guarantees the task will take longer.

It would be commendable if you could proffer some practical advice. Presumably this woman brings along her children because she has no alternative. Does your town offer inexpensive day-care programs? Are there other social services that might benefit her three kids? A bit of time on the phone or online might lead you to something that helps this family and eases your own mind.

UPDATE: The gardener failed to show up a few times, and Jane “used that as an excuse” to find someone else for the job.

I recommend Cohen’s weekly “The Ethicist” to you, and suggest that the particular column I’ve included here provides several layers of issues worth careful thought by discerning Christians.

1. What was your immediate or gut reaction as you read the letter from Jane and Mr. Cohen’s response? What does this say about you?

2. It could be easy for some people to be dismissive of Jane’s concern. What better way for children to learn the significance and joy of work than to work alongside their parents in tasks that really count towards the family’s livelihood? Is it ever right to demonstrate or express such a dismissive reaction to someone like Jane? Why or why not?

3. If people in our pluralistic culture hold concerns that you do not tend to share, how can your beliefs and ethical standards be made to seem relevant in such a situation?

4. If you share Jane’s and Cohen’s concerns, what would you say to Christians who are dismissive of the situation?

5. If Jane were a friend from work and shared this problem with you, what questions would you ask her to help you understand her concern? What questions might you ask to help her consider if there might be another way to understand the situation?

6. Write a response, maximum 160 words. Remember, this is to be published in the New York Times Magazine.

7. If the interchange between Jane and Cohen was a conversation between two colleagues at work, and they invited you for your reaction, what would you say?

8. If you believe the woman Jane hired is doing nothing to cause concern, what would need to change about the situation before you felt concern?

9. To what extent does the final outcome, noted in the “Update,” resolve the issue? To what extent are you tempted to use “easy outs” like this in order to keep from having to address a potentially uncomfortable situation?

Column from “The Ethicist” in The New York Times Magazine (October 12, 2008) by Randy Cohen; comment by Cohen from an interview on BookReporter.com. Randy Cohen’s podcasts of The Ethicist are now available at NYTimes.com, iTunes and Yahoo.com.