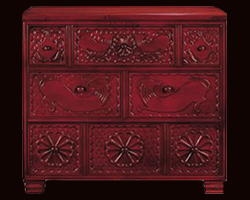 We take film seriously in these pages, and for good reason. For one thing, it is an art form of enormous power, beauty, nuance, and creativity. The product of the hands and imaginations of people made in God’s image, to despise it is to disdain a good gift of God. As well, missionaries have long realized that to know a people you must listen with care to their stories. It is in stories that we reflect on our deepest dreams, ideals, and fears, and try to make sense of life and reality. When, for example, we tell the story of Christian martyrs to our children, we pass on convictions about what we should be willing to live for, and tell of heroes who were willing to die for them. So, when we want to hear the stories of the postmodern generation, we will take movies seriously, for their stories are told not primarily in books or in church or around the dinner table, but in the theater. When we engage the cinema, in other words, we engage the stories of Babylon.

By God’s grace, there is a growing number of young Christian artists that are obeying a call to work in Hollywood. They need our prayers. They also need our patient support, as they seek to learn what faithfulness looks like in the world of cinema.

One such young Christian film director and writer is Scott Derrickson, and his chosen genre is the horror film. Recently he gave a lecture at Biola University explaining his work. “My work in the horror genre has made me controversial among Christians,” Derrickson says. “But as a Christian, I defend horror films. No other genre offers audiences a more spiritual view of the world, and no other genre communicates a more clearly defined moral perspective.” Derrickson and his writing partner, Paul Harris Boardman, wrote Urban Legends: Final Cut and Hellraiser: Inferno, which Derrickson also directed.

“The most common problem of Christian art,” Derrickson says, “is that it tries to get to grace too quickly. It’s uncomfortable with tension. It’s uneasy with any questions left hanging. My work on Hellraiser: Inferno was in some ways a personal rebellion against all this. I wanted to make a movie about sin and damnation that ended with sin and damnation. After all, isn’t that the experience of many people? Isn’t that descriptively true? Some Christians who have seen that film like to quote Philippians 4:8 to me: ‘Whatsoever things are true, whatsoever things are lovely, whatsoever things are of good report… think on these things.’ And I stop them and say, ‘Wait a minute, what was the first thing you said? Whatsoever things are true.’ Things that are true are not necessarily lovely…”

Derrickson’s lecture, “Behind the Lens: A Christian film maker in Hollywood,” has now been published in Christian Century and is worth reading. As an exercise in discernment. To listen in as a young believer wrestles with the implications of his calling and vocation. And, for a really adventurous small group, as something to discuss in light of viewing one or more of the horror films produced by Derrickson.

1. Using Derrickson’s own words, summarize his message. What sentences in his article are most essential to his argument?

2. What do you find attractive or plausible? Where do you agree? Why?

3. Where do you disagree? Why?

4. To what extent can the horror genre be embraced by Christians? Why? Must every film by a Christian writer/director contain some theme of grace? Why or why not?

5. What did you learn from “Behind the Lens” that will inform your prayer life? Your watching of movies?

6. To what extent would you be comfortable with Derrickson joining your local church? Working with the young people of your church? Assuming he made a credible profession of faith in Christ, what would you say to those fellow members who argued that anyone who directs a film like Hellraiser: Inferno simply can not be godly believer?