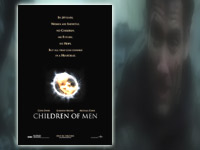 The possibility of hope
There is something precious about the birth of a child. An event of wonder and promise, it engenders hope. That much is agreed; what is up for debate is the meaning of hope.

Naturalists argue that hope is actually ephemeral. It’s an ultimately meaningless chemical interaction that evolved over millennia in response to life managing, against all odds, to continue in a dangerous universe. Postmoderns point out that human life is impossible without hope. We don’t just exist, we live by planning for tomorrow. In this view the stories we tell to buttress our hopes are necessary fictions. They shouldn’t be dismissed, though they can’t be fully believed, either. Hoping in tomorrow is necessary and right, but seen for what it is, tomorrow is like a ship forever drifting on the ever changing sea of time. The wonder, in both these views, is that we hope at all, and that it sustains us through generations.

The ancient narrative of Scripture provides a more satisfying explanation, rooted in the promise of God. Things are not as they should be, and our first parents saw the fabric of life and creation rip ruinously when they decided that living by God’s word was too confining. Too late to undo what they had done and unable to mend the break, hope was born in a gracious promise of God. One would be born, the Creator said, who would embrace the horror, be broken, and overcome it. So hope linked to birth was born, and the sons of Adam and daughters of Eve have sensed it ever since, in every generation.

Now imagine a world in which no babies are born. None. A global search is undertaken but all the efforts of science and government are unavailing. Infertility reigns. No babies. What is discovered is the identity of the last child born. Just a child, but suddenly the world’s attention is on them. They are like a signal, a living sign that the end is near.

British novelist P. D. James imagined such a time and asked, what would life be like in such a world? The death of hope is devastating and so the story of such a time will likely reveal some of the worst that is found in humankind. This world without babies, without hope, is the story James tells in the novel, The Children of Men. Set in the near future, the world seems to be adrift, with anarchy threatening, strange cults and groups forming, revolutionaries gathering, for those in despair an approved program of euthanasia, and governments that use ever more force in a vain attempt to restrain the inevitable decay. Then, what if, James proposes in Children, what if a woman turns up pregnant? And what if a man, a passive academic, is drawn into a plot to help a revolutionary group keep this young woman and her precious baby out of the clutches of an ever more authoritative, untrustworthy State?

The Children of Men is a well-crafted novel, a compelling story that uses not cheap thrills but the deepest questions of life to highlight both tension and grace in a deeply broken world.

In 2006, the Mexican film director, Alfonso Cuarón, adapted P. D. James’ story for the screen. More accurately, Cuarón took James’ basic idea and developed his own story based on it. The story of the film is a metaphor for issues we find ourselves inexplicably entangled in today. “Infertility is but a metaphor” a film critic in the Village Voice wrote, “that enables Children of Men to entertain the possibility of No Future. The only parents these days who assume their children will inhabit a better world are either those living in the gated communities of the super-rich or the immigrants imported to tend their gardens. That these ’fugees are visualized as the persecuted rabble of a crumbling empire is only one of this movie’s inconvenient truths.” Kenneth Turan in the Los Angeles Times says Children of Men is the Blade Runner for the 21st century. “Perhaps most delicate of all is the way director Cuarón has made Children of Men comment on the problems society faces today, crises involving racism, terrorism, decaying infrastructure, threatened environment, government-inspired paranoia and more. This is a world of rubble, fear and hopelessness whose connections to our own are never forced; Cuarón is such a fluid director with such a powerful imagination, they don’t have to be. This could well be our future, and we know it.”

Though Cuarón’s Children of Men is different from the novel, the film is worth watching. The musical score by John Tavener, superb acting, the intricately crafted sets and backgrounds, and the strikingly filmed action scenes bring the story alive in startling ways. Even the differences between the novel and the film are worth discussion.

We recommend both, highly.

1. What was your first reaction to the film? To the novel? Why did you respond the way you did? 2. What are the strengths of the film? What are the strengths of the novel? 3. In what ways were the techniques of film-making (casting, direction, lighting, script, music, sets and backgrounds, action, cinematography, editing, etc.) used to get the film’s message(s) across, or to make the message plausible or compelling? In what ways were they ineffective or misused? 4. Identify and describe, as objectively as possible, each of the main characters in the story. What is their role and significance? With whom do you identify? With whom are we meant to identify? How do you know? Is there any significance to their names? 5. Are there any clear heros in the film? In the novel? What makes them heroic? 6. Are there any villains? What makes them so? Did you sympathize with any of these characters? If so, how was the author able to arouse your sympathy? 7. To what extent do you agree that Cuarón’s Children of Men uses infertility to comment on the world of today? What headlines and issues do you think the film addresses? Do you think James’ novel does the same thing? Why or why not? In an interview Cuarón said of the film: “It’s not about the future—I don’t care about the future. The whole intent of the movie was to make an adventure that goes through the state of things, what I consider to be the state of things today.” Discuss. 8. One of the features on the DVD of Children of Men has a philosopher reflecting on the meaning of the film. As objectively as possible, restate his position in your own words. Discuss. 9. P. D. James is a Christian. To what extent, and in what ways, is her Christian faith and world view reflected in the novel? In the film? Compare and contrast, taking care to treat each work with integrity, the perspectives of Cuarón and James as reflected in their art? 10. Stories, whether told in a movie or a novel are only as captivating as they are plausible. To what extent did you find the film plausible? The novel? 11. If a sympathetic but unobtrusive stranger followed you around for an entire month, would they conclude you are optimistic, or pessimistic, or hopeful? Which do you think you are? Why? What would this stranger point to as concrete evidence for their conclusion? 12. How is humor used in the unfolding of the story in the film? In the novel? 13. In an interview P.D. James has referred to her novel as a “Christian fable.” Do you see her novel that way? To what extent is this reflected in the film? 14. When her novel was published, author P. D. James commented: “The detective novel affirms our belief in a rational universe because, at the end, the mystery is solved. In The Children of Men there is no such comforting resolution.” Did you read the ending of the book that way? 15. In her autobiography, James says that The Children of Men is the only book of hers (she primarily writes wonderfully plotted detective novels) that has failed to sell enough copies to earn back what her publisher paid her in advance. A “depressing and somewhat demeaning thought,” James adds, though she also notes that “it has produced more correspondence... than any other novel I have written.” Why do you think this might be? 16. What specific scenes in the novel, in the film, stand out as particularly impressive? What makes them so? 17. “I believe that if there is hope,” Cuarón has stated, “and it is hope that comes from a standpoint of a very realistic position, than hope can be a very important springboard for transformation. But only if it comes from a very realistic standpoint in the sense that first you must accept the reality in which we are living; really accepting it, not being in this constant state of denial.” Do you agree? Why or why not? Is your hope rooted in this sort of realism? How do you know?