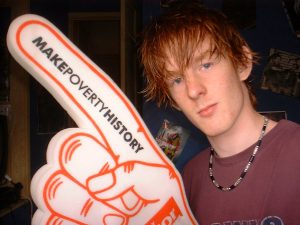 The facts are relatively simple. Many of our neighbors in our pluralistic world are non-Christians, and so have adopted world and life views that at some points at least contrast with Christian beliefs. Many have not just moved away from the Christian faith but for one or more reasons reject it as unattractive, implausible and even dangerous. So, it should not surprise us to find challenges—some major, some minor—to our faith raised by thinkers convinced that the traditional Christian view of things is mistaken.

Even if we aren’t surprised, a challenge remains for us, namely responding creatively and thoughtfully to the challenges aimed at debunking some aspect of Christian belief. And that can be difficult. For one thing few churches intentionally prepare their people for such conversations. Some are so convinced that their beliefs are so obviously true that they feel no discussion should ever be needed. Others depend on the talking points generated by pundits, without realizing that thoughtful apologetics are antithetical to punditry.

It is awkward to remain silent when challenges are raised, uncertain of what to say that might seem plausible and intelligent. Certainly we should admit, “I don’t know,” if we don’t know, or “I’ll have to think about that,” if thinking is necessary. Still, it is best to be prepared. One way to become better apologists is to identify challenges and work through the issues thoughtfully and creatively with Christian friends. The process of discernment sharpens our ability to think well, and uncovers ways to express old truths in fresh ways. Our goal can be to always be growing towards being able to say something that does justice to the truth, providing reasons for it that may not fully convince our non-Christian neighbors but that provides at least a glimpse of the power, beauty and coherence of the Christian worldview. Tim Keller says it well:

Believers should acknowledge and wrestle with doubts—not only their own but their friends’ and neighbors’. It is no longer sufficient to hold beliefs just because you inherited them. Only if you struggle long and hard with objections to your faith will you be able to provide grounds for your beliefs to skeptics, including yourself, that are plausible rather than ridiculous or offensive. And, just as important for our current situation, such a process will lead you, even after you come to a position of strong faith, to respect and understand those who doubt.

I’m including here two challenges to Christian belief, and am allowing the non-Christians who raise them to speak for themselves. Get some believing friends together and work through them. It’s a chance to develop skill in discernment.

Challenge #1 Two becoming one
“I don’t understand the outdated notion of ‘two becoming one.’ If you think you’re only half a person, please figure your shit out before getting in a relationship. Likewise, if you’re in love with a half formed person, get out fast. When you’ve worked as hard as I have to form your identity, the last thing you want is to blur where you end and someone else begins. Remember who you are, and stay true to that.”

Challenge #2 Poverty you will always have
“According to the New Testament, shortly before the crucifixion a woman anointed Christ with precious oil worth 300 denarii. Jesus’ disciples scolded the woman for wasting such a huge sum of money instead of giving it to the poor, but Jesus defended her, saying that ‘The poor you will always have with you, and you can help them any time you want. But you will not always have me’ (Mark 4:7). Today, fewer and fewer people, including fewer and fewer Christians, agree with Jesus on this matter. Poverty is increasingly seen as a technical problem amenable to intervention. It’s common wisdom that policies based on the latest findings in agronomy, economics, medicine and sociology can eliminate poverty.

“And indeed, many parts of the world have already been freed from the worst forms of deprivation. Throughout history, societies have suffered from two kinds of poverty: social poverty which withholds from some people the opportunities available to others; and biological poverty, which puts the very lives of individuals at risk due to lack of food and shelter. Perhaps social poverty can never be eradicated, but in many countries around the world biological poverty is a thing of the past.

“Until recently, most people hovered very close to the biological poverty line, below which a person lacks enough calories to sustain life for long. Even small miscalculations or misfortunes could easily push people below that line, into starvation. Natural disasters and man-made calamities often plunged entire populations over the abyss, causing the death of millions. Today most of the world’s people have a safety net stretched below them. Individuals are protected from personal misfortune by insurance, state-sponsored social security and a plethora of local and international NGOs. When calamity strikes an entire region, worldwide relief efforts are usually successful in preventing the worst. People still suffer from numerous degradations, humiliations and poverty-related illnesses, but in most countries nobody is starving to death. In fact, in many societies more people are in danger of dying from obesity than from starvation.”

1. Since we should expect challenges to the faith in a pluralistic world why are so many believers surprised (and some even offended) when they do? 2. A good way to engage non-truth or partial truth is to ask questions. To the extent that something is untrue it is to that extent out of touch with the nature of reality. By asking a series of probing questions a mistaken idea can eventually be exposed as dubious or incoherent. What clarifying questions might be important to begin with in these cases? What probing questions might be asked? 3. What attitude should the Christian demonstrate in such conversations in order to bring glory to the Lord Christ? What biblical texts might be good to review and pray through in this regard? What is more essential—showing love or defending truth—in conversations with other people? How do you know? 4. The process of discernment is a series of questions we apply to the issue at hand, in this case challenges to the faith. The series of questions include: What’s being said? (As objectively as possible identify what is being communicated so that our challenger will feel we have heard them clearly, completely and accurately.) Where do we agree? Why? What would we question or disagree with? How can we best question it? (The point is not merely to register disagreement and our reasons, but to speak in a way that hopefully will not simply end the conversation.) How can we creatively and intelligently express Christian truth in terms that non-Christians in our pluralistic world might be at least a little intrigued? (Reasons for faith that seem ironclad in a Sunday school class can seem weak in the marketplace—why is that, and how can we avoid it?) 5. What texts of scripture might be good to review that addresses the content of each challenge? 6. When is a challenge to the faith so insignificant as to not warrant a careful response? Is it possible the identical challenge might become significant in different circumstances? 7. Jesus not only responded at times with questions, he also responded by telling stories. What stories might be worth telling in a conversation about these specific challenges? 8. Challenges to the faith are a signal that the faith is being taken seriously—if it weren’t, there would be no reason to challenge it. How should this affect our initial or gut response to one more challenge? Why does it suggest that irritation or annoyance on the part of the believer is especially counterproductive?