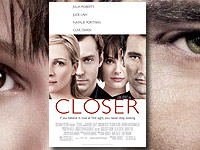 Desire, for blessing or curse

Desire nourished in a human heart can become ravenous
Some find this too dangerous, and so turn on desire itself. Like the ancient Stoics, they desire to be free from desire. Distracted by busyness and comfortable routine, they are saved from noticing the lack of purpose and the mind-numbing shallowness of their days.

Some take the opposite tack, convinced that desire is its own justification. Passion can not be resisted, and if it can, it should not be. As long as new desires keep arising, they do not need to count the cost of the ruined relationships, deep wounds, and soiled consciences that float in their wake.

Sometimes desire awakens unbidden yet relentless, inviting us to something so delicious we dare not refuse, so we do not. Only later are the consequences considered. And sometimes a desire plagues us by bubbling so continuously it is never satisfied; we determine to resist it, but moments of weakness make us an easy target.

How do we live with integrity in the face of desire? The ancient Hebrew sage linked the death of desire to death itself (Ecclesiastes 12:5); David’s conviction expressed in poetry, was that knowing God was inexplicable unless the delight of the divine shaped our deepest desire (Psalm 37:4). How can we live passionately while restraining our unhealthy desires? Self-help pundits and legalistic preachers insist otherwise, but resolutions and rules are insufficient to check desire, and triumphant testimonies to the contrary fail to prove the case.

Brokeback Mountain and Closer, both finely crafted, truthfully told stories, invite us to reflect on the nature of desire. Brokeback (2005), based on a short story by Annie Proulx, is directed by Ang Lee who brought to the screen Jane Austen’s Pride and Prejudice (1995). Set in 1963, two young men played by Heath Ledger and Jake Gynllenhaal take a job herding sheep in a remote spot in the Wyoming mountains. Isolated and desperately lonely, their attraction to one another becomes explosively sexual. Later both marry, but continue their affair until tragedy strikes. Closer is an ensemble piece, with a strong cast directed by Mike Nichols, whom I will always respect for (among other films) directing Wit. Two couples, played by Natalie Portman, Jude Law, Julia Roberts, and Clive Owens follow their attraction to one another into affairs which wound one another deeply and forever cheapen both their relationships and their souls.

Brokeback Mountain and Closer are stories of desire and disappointment, passion and betrayal. Brokeback has exquisite mountain scenery, which forms a silent backdrop of beauty in contrast to the painful sorrow suffered by its characters. Closer is the deeper story because it is carried by a richly written dialogue in which the four characters probe into their dreams and hearts, and where not just lies and duplicity but the truth is used cynically as a weapon.

In Closer Natalie Portman plays a stripper named Alice, a young American woman who is depicted as less sophisticated, less educated than the other three she meets in London. She falls in love with Dan (Jude Law), but later he has an affair with Anna (Julia Roberts). When Alice confronts him with his betrayal, Dan replies, “I fell in love.” Alice’s response is stunning, and marked for me one of the crucial moment in the film. “Oh, as if you had no choice?” she asks through her tears. “There’s a moment, there’s always a moment, ‘I can do this, I can give into this, or I can resist it,’ and I don’t know when your moment was, but I bet you there was one.” It is not surprising that it is Alice rather than the other three who would state such a conviction.

As I watched these films my mind kept going to the biblical narratives in which stories of desire play out. Some are sexually charged, stories like David and Bathsheba, Tamar and Amnon, Judah and his daughter-in-law. Others probe into different desires, a passion for certainty (the calf of gold at Sinai), reputation (Annanias and Sapphira), or power (Absalom, Simon the magician). Ancient stories yet never outdated. They touch on the reality of being created in God’s image in a fallen world, and so being confronted by desire, for blessing and for curse.

There are good reasons for choosing not to see Closer and Brokeback. It is, however, impossible to imagine becoming truly wise without reflecting deeply on desire. How we live with desire and supremely, what we make the object of our desire will define our character and set the course of our life.

1. Though I have not been able to verify the source, this quote attributed to Joss Whedon, creator of the Firefly series, is worth considering: “Passion, it lies in all of us, sleeping, waiting, and though unwanted, unbidden, it will stir, open its jaws and howl. It speaks to us, guides us, passion rules us all, and we obey. What other choice do we have? Passion is the source of our finest moments. The joy of love, the clarity of hatred, and the ecstasy of grief. It hurts sometimes more than we can bear. If we could live without passion maybe we’d know some kind of peace, but we would be hollow. Empty rooms shuttered and dank. Without passion we’d be truly dead.” To what extent do you agree? Disagree? Why? 2. Compare and contrast the stories and characters in Brokeback and Closer. How are the films similar? Different? How does this help us reflect on the nature of desire? 3. In his review of Closer, Roger Ebert characterized the film as “about four people who richly deserve one another.” Do you agree? Why or why not? In his review of Brokeback, Ebert writes the film “is the story of a time and place where two men are forced to deny the only great passion either one will ever feel. Their tragedy is universal.” Do you agree? Why or why not? 4. Have you known anyone who appears to exhibit an absence of all desire? Anyone who has deep desires that motivate them to a life of passionate purpose? How would you rate Jesus Christ in terms of desire? What in the text of Scripture leads you to this conclusion? 5. In what ways have you seen desire to be destructive? 6. How do you conceive of desire? Why? What are your deepest desires? How has this nourished good in your life? Where has it become dangerous? 7. Remembering that law does not cure what ails the human heart, how can we restrain unhealthy desires? What is the relationship between grace and desire? How is it lived out? 8. What would a person be like whose deepest desire is to know and enjoy God? Is such a thing even possible for busy people in a pluralistic world? Some would argue that such a one must withdraw, either into a monastery or some other sort of existence closed to the world and culture. Do you agree? Why or why not? 9. Every aspect of our lives—our vocation, relationships, adventures—tends to arrive with greater promise than it delivers. Over time the initial glow wears off and a hunger remains for a deeper fulfillment. This suggests that our deepest desires can not be fully met except by something that transcends the narrow confines of our lives. Where do you find yourself in this pilgrimage?