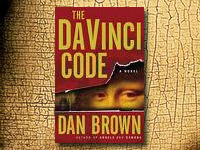 An enormous amount of material—some thoughtful, some silly, some reactionary—has appeared in response to Dan Brown’s novel, The Da Vinci Code and Ron Howard’s film adaption of the book.

What we are offering here are simply a few comments and suggestions which we hope will help you sort through the available resources.

It is sad to see Christians reacting to The Da Vinci Code in what appears to be fear, anger, or sarcasm. There is no need react; we can have a quiet confidence that even if nations rage and people plot, the king remains enthroned. (Psalm 2). Authentic Christianity is not a mindless leap into the dark, but a thoughtfully examined faith. The ideas Brown works into his fictional story have been around for a long time—all he’s done is package them in a form that millions find attractive.

Some film critics have been pretty negative about the movie. Under the headline, “A ‘Code’ Not Worth Cracking,” Ann Hornaday ( Washington Post ) says it isn’t exciting enough. “The movie Sony Pictures has been desperately trying to position as ‘the most controversial thriller of the year,’” she says, “turns out to be about as thrilling as watching your parents do a Sudoku puzzle.” Roger Ebert thinks the novel is “utterly preposterous,” though enjoyed the film as “preposterously entertaining.” “Both contain,” Ebert says, “accusations against the Catholic Church and its order of Opus Dei that would be scandalous, if anyone of sound mind could possibly entertain them. I know there are people who believe Brown’s fantasies about the Holy Grail, the descendants of Jesus, the Knights Templar, Opus Dei, and the true story of Mary Magdalene. This has the advantage of distracting them from the theory that the Pentagon was not hit by an airplane.”

I suspect that relatively few will simply accept all Brown’s accusations. I think it more likely that The Da Vinci Code will plant a seed of amorphous, destructive doubt in many people’s imaginations increasing their skepticism concerning Christianity’s truth claims. If that is true, the real danger is that long after the specific questions raised by The Da Vinci Code are forgotten by our culture, the skepticism will continue.

Timothy Keller, pastor of Redeemer Presbyterian ( Manhattan ) has some wise counsel as we begin to sort the issues out. “The temptation,” Keller says, “is to throw your hands in the air and say, ‘How is anyone supposed to know who is right?’ My answer is— the same way you know anything is right . You simply have to read and examine things more closely.” Living a unexamined, reactionary life is not an option for the faithful follower of Christ. “I propose that every Christian today,” Keller says, “whether you consider yourself a ‘lay person’ or not, needs to study theology. Christians who are confused by books on text criticism and the formation of the Biblical canon simply haven’t been willing to take the time to do some basic, introductory Biblical and theological studies. The sermons on Sunday will not be enough to help you lead an examined Christian life. You need to be in a small group, you need to read at least introductory texts on the Bible and theology, you need to take classes… Don’t lead an unexamined Christian life.”

In fact, resolving the contradictory claims swirling around The Da Vinci Code is not all that difficult. There are good biblical and historical scholars who have done solid research on the various questions, and their work is both easily available and accessible to the thoughtful student. One reason I am thankful the novel and the film have appeared is that they are prompting Christians to do the sort of study and reflection that should be part of our life of faith anyway.

Here are a few resources—a handout, an online paper, a web site, and two books—to help you get started.

A Handout: “ The Da Vinci Code and Early Christian History”
David W. Chapman, a professor at Covenant Theological Seminary, prepared the handout that appears in Issue #4 – 2006 of Critique (see PDF located in publications section of this website). It won’t answer all the questions, but it is an excellent way to get started. I’m deeply grateful for his thoughtful research and his kind permission for us to publish it here.

Derek Melleby is a researcher at the Center for Youth/Parent Understanding (cpyu.org), a superb ministry we have long recommended in these pages. In “Engaging the Da Vinci Code,” a brief, helpful paper, Melleby provides background to the controversy, outlines the basic issues and challenges raised by The Da Vinci Code , and outlines the contours of a thoughtful, winsome Christian response.

“Simply stating facts and refuting the false historical record does not ‘win’ converts,” he wisely reminds us. “There are many resources addressing this issue that make it seem as if all we have to do is ‘prove’ that The Da Vinci Code is false and people will become followers of Christ. Only God changes hearts, and very rarely does ‘proven facts’ change people’s opinions and lifestyles (Did you know that smoking is bad for your health?). The Da Vinci Code offers a great opportunity to have meaningful conversations with people about things that matter. This moment presents a remarkable occasion to put forth a positive vision of what Christianity really is. While you will probably need to refute some of Dan Brown’s ‘facts,’ don’t miss the even greater responsibility of sharing the good news with both words and actions. Here’s another important question that the church needs to ask: Why do people want to believe something like the portrait of Christianity depicted in The Da Vinci Code ? What have we done with Christianity, in our own lives and in our churches, that has made The Da Vinci Code’s depiction attractive?”

Once again CPYU proves itself to be concerned for Christian discernment, for engaging the culture creatively with the gospel, and for helping all generations in the Christian community to live faithfully under Christ’s Lordship. Well written and rooted in grace, “Engaging the Da Vinci Code” is an excellent place to begin.

A Web Site: www.thetruthaboutdavinci.com
Here is a small sampling of what is available on this site:

Concise answers to the basic questions raised by the book and film:
Is Jesus God?
Is the Bible true?

Frequently Asked Questions (FAQ) about The Da Vinci Code, and ongoing discussion on them a variety of audio and video lectures which can be accessed free online.

www.thetruthaboutdavinci.com was established by Westminster Seminary (Philadelphia), and essentially provides all you need to begin the research each Christian should pursue in light of the issues raised by The Da Vinci Code . The site is easy to navigate, the resources are well researched, thoughtful, yet accessible, and the people managing the site are trustworthy.

We recommend you log on and take advantage of it.

Dr Witherington is a professor of New Testament who teaches at Asbury Theological Seminary (Wilmore, KY). He is also a respected biblical scholar who has first-hand knowledge of the history, controversies, and documents that supposedly underlie Dan Brown’s story. This is a serious book, but accessible. One of the things I appreciate about The Gospel Code —besides the solid, first-rate scholarship—is Witherington’s prose. Never reactionary, this is a book which not only contends for the truth, but does so with grace and compassion.

Dr. Bock is research professor of New Testament Studies at Dallas Theological Seminary and a thoughtful scholar. Breaking the Da Vinci Code was one of the first books to be written in response to the five central questions raised by Dan Brown’s novel:
Who was Mary Magdalene?
Was Jesus Married?
Would Jesus Being Single be Un-Jewish?
Do the So-Called Secret Gnostic Gospels Help Us Understand Jesus?
What Is the Remaining Relevance of The Da Vinci Code?

We warmly recommend these resources to you.