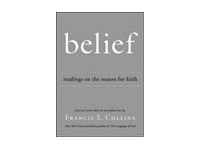 On November 20, 1959 a bank teller named Henry Bemis slipped into the vault to find a moment of quiet during his lunch break for his great love in life: reading. The people in Bemis’ life disdained his passion for books—the bank president berated him and his wife used a marker to painstakingly cross out every line of print in a volume of poetry he loved. A headline in the day’s newspaper announced what everyone already knew and feared, “H-Bomb Capable of Total Destruction.” Suddenly the vault lurches, Bemis is knocked unconscious and when he awakens he wanders into a world that had come to an end. Mutual assured destruction went from Cold War policy to horrible reality and Henry Bemis is the last man alive. He found a gun and briefly considered suicide but then noticed, through his thick glasses, that not all was lost. Canned food overflowed the shelves of abandoned grocery stores and best of all, as he squinted through the massive door of the public library he could see shelves of books stretching back through the length of the marble building. Suddenly filled with the desire to live, Bemis sorted and planned, lining up piles of books he will read with no one to scold or to interrupt, no need to stop for work or to fulfill the petty expectations of others. With piles of books arranged by month, he steps back and stumbles, his glasses fall off, tumble down the steps and shatter against the pavement. “That’s not fair,” he cries. “That’s not fair at all. There was time now. There was all the time I needed! It’s not fair!” The camera pulls back and we watch Bemis, alone and unable to see, trying to find his way among books he will never read. Rod Serling’s narration ends the episode with a voice over that we came to expect at the end of each Twilight Zone. “The best laid plans of mice and men and Henry Bemis, the small man in the glasses who wanted nothing but time. Henry Bemis, now just a part of a smashed landscape, just a piece of the rubble, just a fragment of what man has deeded to himself. Mr. Henry Bemis… in The Twilight Zone.”

“Time Enough to Last” was one of the first episodes written for The Twilight Zone, and starred Burgess Meredith in the role of Henry Bemis. It was a story that imprinted itself on my imagination and haunted my dreams. Books open new worlds to us, transport us over time and space to new places, paint pictures with words and metaphors, descriptions and stories, and help us to see more clearly even though always through a glass darkly. One thing I look forward to in the new earth and heaven is having more than time enough.

Occasionally a book is published that provides us a shortcut so we can dip into a variety of works quickly. Francis Collins, geneticist, director of the National Institutes of Health, and author of The Language of God provides us with just that in Belief: Readings on the Reason for Faith. He draws together excerpts from the writings of 32 thinkers reflecting on belief, reason, and faith giving us a rich variety of essays to prompt reflection—and perhaps more reading as we go back to the original to read more. Authors include Os Guinness, Dorothy Sayers, John Stott, Tim Keller, the Dalai Lama, Plato, N.T. Wright, St. Augustine, and Madeleine L’Engle. Topics include the meaning of truth, faith and the cry for justice, science and faith, the problem of evil and suffering, miracles, mysticism, and the irrationality of atheism.

Belief is one of those books we can enjoy when time is short, because each chapter fits with the rest yet can stand by itself. Some chapters will reassure you of what you already are sure of, some will challenge you to think in new ways, and others will make you reconsider what you believe and why. Belief is not simply a perennial topic, but one of intense interest in our world where so many yearn for spirituality and sense of meaning and direction. Belief does not provide all the answers, and you will not agree with everything, but it raises the right questions, and in the process helps us have the chance to sort out the relationship between belief and truth, religion and science, reason and faith.