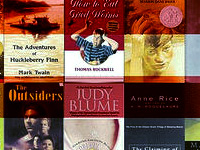 A Christian school recently decided to develop a series of guidelines to help teachers in their selection of literature to be used in the classroom. The idea for the proposal arose when several parents objected to books their children had been assigned as homework. The parents noted that they were sending their children to a private Christian school—at considerable expense—because they did not want their children exposed to questionable material, and that the school therefore had a responsibility to the parents to make sure the books assigned in classes and available in the library met basic Christian standards. Even more important, the parents expected the school to nurture the student’s faith and love of godliness, and the books which were part of the curriculum was important to that process of spiritual growth.

More specifically, a number of the parents felt the problem had existed for some time. For example, though the book hadn’t been assigned, per se, one student had been allowed to give an oral report on Harry Potter and the Sorcerer’s Stone. That had caused a lot of other students to want to read it, much to their parent’s dismay. (Soon after this controversy, interestingly, the copy of Harry Potter in the school library simply disappeared, though no action had been taken officially.) Another parent had objected to a biography of Amy Carmichael, missionary to India, because it dealt with child prostitution. The student had mentioned it at the supper table, in the presence of younger siblings, and the parents had felt forced to discuss a topic their children were not yet old enough to understand properly. And several had objected to the art teacher having art books in her classroom as resources since they included reproductions of classical nudes. (This issue, by the way, was resolved by covering the pictures of art depicting female nudes, since boys are sexually stimulated visually, while girls are not.)

To resolve the issue concerning literature, a member of the board and a concerned parent submitted the following guidelines:

Guidelines for the Selection of Literature

1. All literature to be assigned to students or made available as resources in classes must first be read either by a member of the board of trustees or a member of a committee of parents, and then presented to those bodies (respectively) for final approval. An updated list of approved books will be maintained by the headmaster and circulated to all teachers and parents.

2. No literature will be assigned that could cause turmoil in any child’s mind, violate their conscience, or raise doubt concerning the truth. Any literature which describes non-Christian practices, beliefs, or sin must be set within a Christian framework and must therefore explicitly condemn it or show the deadly nature of such rebellion against God and His Word.

3. All literature should be both Christian and classical, enhance and support traditional biblical moral standards, and should never force parents to address topics of a sensitive nature with their child before the parent decides the child is ready for that discussion.

4. All literature should be of such a nature as to inspire thought and godliness, be worthy of study, and merit emulation by the reader. To that end, it must meet the apostolic standard of quality found in Philippians 4:8, “…whatever is true, whatever is noble, whatever is right, whatever is pure, whatever is lovely, whatever is admirable—if anything is excellent or praiseworthy—think about such things.”

You don’t have to be married, or to have children, or to be involved with private education to realize this raises some interesting—and important—questions for discerning Christians.

1. What is your initial or immediate response to the guidelines? Why do you think you responded this way? Would you send your child to this school? Why or why not?

3. Have the Guideline authors used Philippians 4:8 correctly? Why or why not?

4. How would you express a Christian view of literature in a fallen world? What is the goal and nature of a “Christian school” and a “Christian education?”

6. To the extent that you disagree with the Guidelines, rewrite them.

Editor’s note: This discernment scenario, though fictional as written, consists in most details of actual events from a number of classical Christian schools.