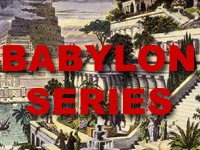 A Christian friend is in middle management in a large corporation that extends medical insurance benefits to same-sex partners of employees. He mentioned recently that though he is willing to explain the policy to new employees, he always adds a bit of commentary. Each incoming member of his department is not only introduced to the company’s policy, but to my friend’s conviction that homosexual behavior is against both nature and God’s word. “If I just explain the policy without saying what I think of it, they might think I support it,” he said. “That wouldn’t be honoring to God. I have to draw the line somewhere.”

Another Christian friend runs his own business. The workers he hires need not be believers, but he “draws the line” on the language they use. They are not allowed to swear or use language he deems offensive to his Lord. “After all,” he adds, “it is my business, and therefore it will reflect my values.” Even for employees who have no contact with the public.

Another Christian is always careful to correct his neighbors when they say something unbiblical about God. “I have to draw the line at New-Age ideas about God. How can a Christian not respond to non-truth, especially about God? It’s part of my witness, part of standing for the truth.”

The notion of having to “draw the line somewhere” is fairly common in many Christian circles. It refers to the need to maintain limits in our interactions with unbelievers in a society that increasingly tolerates—if not celebrates—sin and incivility. Certain behaviors, values, and ideas, this line of reasoning goes, are so contrary to righteousness and the common good that they simply cannot be tolerated, and so must be challenged. Failing to draw the line, it is asserted, will compromise our witness and make us appear soft on sin. And though unbelievers may not particularly appreciate or even understand the lines we draw, they will respect our courage, and be reminded of the demands of God’s law. Most agree that the act of drawing the line should not be done insensitively, or with rank belligerency, but there is no doubt that some friendships will suffer as a result of taking a stand. That is sad, of course, but hardly surprising, since our Lord warned us that the world would hate us just as it hated him. Besides, the real insensitivity is not loving someone enough to confront them with the truth.

Drawing the Line: A Few Questions
Where did this whole idea of “drawing the line” come from in the first place? Is it a biblical notion? Which texts would we point to as teaching it? Where, in the Gospels, do we see Christ doing it? Are there texts that call the practice into question?

If drawing the line is a biblical notion, exactly which lines do we need to draw? Why these, and not others? Can there be different lines for different Christians? For different cultural settings? And when believers disagree over what lines should be drawn, how do we determine which are correct?

Drawing the line seems, at least on the surface, to be a rather combative approach to things. Exactly what “combat” is in view? Who are the combatants? If you do not agree that it is “combative,” how would you characterize the practice? Why?

And how should we go about doing it? Is it possible to draw the correct line, but to do it in a way that dishonors the truth we are seeking to assert? Which is worse: drawing the correct line badly or failing to draw the line in the first place? Why?

Drawing the Line in Babylon
To reflect on such questions Christianly means we have to go to Scripture so our thinking is molded, by God’s grace, by the truth of his word. One place to begin our study is in the first six chapters of the book of Daniel. There we watch four young believers live faithfully as exiles in Babylon, among people who did not share their deepest convictions. And as you study this text—which I strongly recommend—reflect on the lines they drew, the lines they did not draw, and how they went about it.

Daniel chapter 1
The Babylonian king, Nebuchadnezzar, carried Daniel and his three friends into exile, ordering that they be taught “the language and literature of the Babylonians” (v. 4). His goal was that after three years they would “enter the king’s service” (v. 5), to be included in the ranks of his “magicians and enchanters” (v. 20). He also gave them new names, (v. 7) the meanings of which were apparently related to Babylonian gods (see, for example, 4:8). There is nothing in the text that suggests Daniel and his friends raised any objection to any of this. They did, however, “draw the line” over eating food provided by the king (v. 8-16).

Daniel chapter 2
Nebuchadnezzar had a troubling dream, and as a test for his advisors, insisted they both tell what the dream was and give the interpretation. When they couldn’t do it, he ordered their execution. Daniel and his three friends are included among the “magicians, enchanters, sorcerers and astrologers” to be executed (v. 2, 13). Daniel is able to give both the dream and the interpretation (v. 19), after which the king bows before him in honor, and orders incense be offered (!) to Daniel (v. 46). Daniel apparently accepts all this, plus a promotion, and asks that his friends be promoted as well (v. 48-49). Daniel even refers to the Babylonian king as “the king of kings,” to whom God has given “dominion and power and might and glory” (v. 37). He does insist, however, that his ability to tell the dream and interpret it is due to God’s grace and power (v. 27-28).

Daniel chapter 3
Daniel’s three friends, Shadrach, Meshach and Abednego, refuse to bow to an image erected by the king, and are thrown into a furnace as a result. Nebuchadnezzar issues a profoundly cruel decree about God as a result of their divine rescue from the fire (v. 29). There is no record of either objection—or even discomfort—on their part. They simply accepted another promotion from the despot.

Daniel chapter 4
Nebuchadnezzar has another dream, and only Daniel, among all the wise men of Babylon, is able to interpret it. The text emphasizes the pagan meaning of Daniel’s new name (v. 8), and that he was considered “chief of the magicians” by the king (v. 9). Again, no record of any objection from Daniel on either point. Since the dream is a divine warning to Nebuchadnezzar, however, Daniel does use the opportunity to give the king a very brief and, by most measures, a carefully worded bit of advice concerning sin and repentance (v. 27).

Daniel chapter 5
Daniel provides the meaning of the writing that appears on the wall as Belshazzar is giving a feast for his nobles. Daniel tells this new king that he does not want a reward for interpreting this troubling sign (v. 17), though in the end he accepts the King’s gifts (v. 29). Interestingly, the king attributes Daniel’s abilities to “the spirit of the gods” (v. 14), and though Daniel refers to “God” throughout their interaction, the text records no explicit objection by Daniel to the Belshazzar’s pagan terminology.

Daniel chapter 6
Daniel’s fellow governmental workers are jealous, and so hatch a plot to get Daniel executed by having him thrown to the lions. Darius, the new king in Babylon, is tricked into issuing a decree that for the next month no one can make a request (or pray) to any god or person, excepting the king himself. Daniel not only disobeys the decree, he insists on praying three times daily before an upstairs window opened towards the east (v. 10)—which is interesting, since the Old Testament law never required such “public” praying.

1. Survey. What is your initial reaction(s) to the story found in Daniel 1-6? Why do you think you respond as you do? Are there words or phrases which should be researched in order to determine their meaning?

2. Observation. List everything within the text of Daniel 1-6 that we are told concerning the behavior and choices of Daniel and his friends. List all that can be learned about Babylon and Babylonian belief and culture. About God. About redemption.

3. Interpretation. Why did Daniel and his three friends draw each of the lines they did? Why did Daniel and his friends (apparently) remain silent concerning other issues over which they could have chosen to draw the line? To what extent is your answer found in the text? In a related Scripture? To what extent is it an interpretation on your part? What difference does this make?

5. Correlation. What other texts of Scripture shed light on the story of Daniel and his three friends? How do they help us interpret the story in Daniel 1-6?

6. Application. Does it seem likely that modern American Christians would be content to draw the lines Daniel and his friends did? Why or why not? Which of their lines might we refrain from drawing? What added lines might we choose to draw? What reasons would we give? What criticism(s) of Daniel and his three friends could be raised over their failure to draw these lines? Is there any indication in the Scriptures that such criticisms are valid?

7. Application. What issues in American culture might be seen as parallel to the issues confronting Daniel and his friends in Babylon? Why?

8. Application. What principles should we draw from this text concerning when to draw the line, and when to refrain? How could your position be explained to your fellow Christians in a way they might understand?