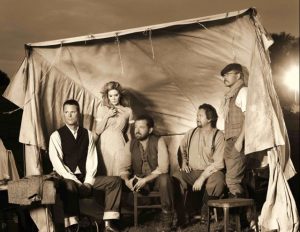 At the dimming of the day
I am not a musicologist nor am I a musician, so this is just a wild guess but I would not be surprised if most music the world over celebrates love or mourns its loss. Nothing else comes so close so quickly to touch the human condition in all its joy and pain.

We yearn for love, and are so deficient without it that its loss brings us up short at a dead end that reeks of death itself. This is not just imagination run amok, either: if God is love, as apostles and mystics insist, then to be devoid of love is to be lost in the cosmos indeed.

Paper Airplane (2011), the first album since 2004 Alison Krauss has released with her long time band, Union Station, helps us know and feel this essential reality. Grumbling by critics and fans about the failure of Robert Plant and Krauss to follow their superb Raising Sand (2007) with a second album strikes me as silly. Creativity—especially in the form of collaborative art—can be ruined when rushed, and neither artist has reason to do so. Both Plant and Krauss are beyond such concerns in their careers. Returning to Union Station brings Krauss back with musicians who as Paper Airplane demonstrates are superb in their own right (as instrumentalists and vocalists). Their long history of working together brings a seamlessness and fluidity that adds to the beauty of the music. Beauty that shines through even when they sing of the heart’s broken cry that we all know only too well.

I’ve put it all behind me
Nothing left to do or doubt
Some may say
But every silver lining always seems to have a cloud
That comes my way
Anticipated pleasure or unexpected pain
No choice I fear
And love is hard to measure hidden in the rain
That’s why you’ll find me here all alone
and still wondering why
Waiting inside for the cold to get colder
And here where it’s clear that I’ve wasted my time
Hoping to fly ’cause it’s almost over now
People come together, people go their own way
Love conquers few
[from “Paper Airplane”]

Few groups have sung as eloquently and consistently of the sorrow of lost love as have Alison Krauss and Union Station.

The second song on the album, “Dust Bowl Children,” is by Peter Rowan who released an album of that title in 1990. With echoes of Woody Guthrie and Wendell Berry it reminds us that love of God and others is inseparable from love of the land. Made for love, we are also made of dust.

The song evokes memories of the historic Dust Bowl, the phenomenon in the first six decades of the Thirties that saw the topsoil of America’s plains dry up and blow away. A lack of rainfall coupled with intensive farming practices that in turn opened the door to disaster and the ripples of poverty that spread out into communities and families for years. It was not the historic Dust Bowl, however, that came to mind as I listened to the song.

This past weekend my wife and I drove across southern Minnesota from where we live to the shore of the Mississippi, where we sat in the shade of a huge elm tree, to talk, pray, think, and read. This is a remarkably green summer—the summer of 2011—so far, the rainfall coming in just the right amounts and in appropriate intervals to keep the fields green, the woods along the creeks lush, so that even the ditches along the highway have none of the dried sections so common in the summer heat. We have made this trek at least annually, usually far more often than that, in the three decades we have lived here. We know this road, the land we drive through, and we love it enough to notice the changes that are occurring. It used to be that family farms predominated, but that day is gone. Pastures with animals are fairly scarce now, and the planted fields have been combined, so that the hedgerows that used to separate field from field are now few in number. More efficient, as capitalism and the invisible hand of the market measures such things, but the loss is incalculable—and seldom calculated, it seems. The hedgerows were where the tiny creatures lived, where birds made their nests, and where the bounty of the countryside was shared with the wild inhabitants of the land who were here first. The pastures were where cows lived out their days. Now, when cows are glimpsed at all, they are standing in huge sheds, each in an allotted slot in which they never move. The farmyards were where chickens and turkeys chased insects, but they too are confined now in massive crowded sheds. I do not dispute the economics of the case: meat, milk, soybeans and corn are much cheaper now, no question. When “all the work is being done by a big ole machine,” prices are usually guaranteed to drop, but this is merely the whistle that should catch our attention. As we watch, if we have eyes to see, we will notice that more is going on than meets the pocketbook. The land must be loved, not merely used, because it belongs to the One who is love itself. And being of dust, we lose something when we lose a love of the land.

Love lost is just one sign of the brokenness, but it is a potent one. It gets our attention. The difficulty is that loves that should be seen merely as signs of a greater, more promising love are seen instead by broken people as the fulfillment of love.