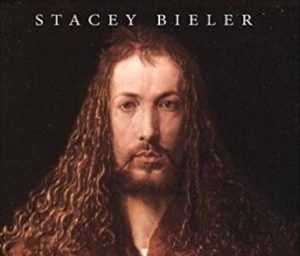 A restless craving for perfection
Artists, like all of us, are partly a product of their time. Whether our posture towards the world is reactionary, revolutionary, or passive our world shapes us, with its values and ideas and stories and events and brokenness. The issue is not whether it shapes us but how we live in it, as it shapes us, what else shapes and reshapes us, and to what end.

Good biographies provide the opportunity to come aside for a while and reflect on this process, watching it unfold in another’s life, perhaps from another time. A biography I commend to you is Stacey Bieler’s new Albrecht Dürer: Artist in the Midst of Two Storms.

Albrecht Dürer is a delightful book, full of illustrations, many in full color. The chapters are brief, pithy reflections on the images—which appear on virtually every other page, most taking up the entire page—that accompany them providing historical, cultural and artistic context. Albrecht Dürer is really an art book as a biography. In the process we learn not merely about Dürer’s life and art but about the events roiling Europe in his lifetime (1471-1528). Outbreaks of plague ravaged cities, Martin Luther posted his “95 Theses,” Muslim armies threatened the Holy Roman Empire, and the Roman Church faced calls for reform that imperiled Catholic unity.

Dürer’s continual desire to learn and experiment, to adapt and change, not only fit his temperament as an artist, but also as a thinker. His “restless craving for perfection” in both art and life, and his inability to achieve it, pointed to the fact that there was no perfection except for God. Writing his ideas on art also revealed his limitations, for he did not complete what he had planned.

While Dürer longed to express this transcendence, he was also engaged with the tumultuous realities of his own time. The threatening outer storm of the Ottoman Turks threads its way through Dürer’s works: a portrait of Suleiman, a landscape of cannons overlooking German countryside, and a written treatise on fortifications. The ongoing threat of Sulieman weakened the popes’ and emperor’s ability to quench the reformation, allowing Luther’s teachings to flower in Dürer’s heart, and flourish across the German territories and throughout Europe.

Dürer found rest for his soul in the closer of the two storms. Luther taught that God’s love, not the fear of death, was a better motivation for people’s thoughts and actions. This echoed what Dürer already knew: it was the grace of God that gave him the power to be an artist. Dürer recognized that the grace of God, shown through the redemption of Christ, also enabled him to serve the Lord joyfully in this life, and be welcomed into heaven after death. All were glorious mysteries. God’s creation was more wonderful than an artist could capture and God’s grace in Jesus was more amazing than even Dürer could imagine. (p. 261)

If you are a Christian you need to know about and reflect on Albrecht Dürer’s life and work because he is an artist committed to the gospel and to aesthetic excellence. His output was phenomenal and varied, including painting, woodcuts, engraving, drawing and printmaking. He did superb work, constantly innovating, and was the first European artist to produce a large body of writing about his life and times as well as on art theory, theology, philosophy and creativity. Western art owes a debt to Albrecht Dürer, and in Albrecht Dürer we have an opportunity to not merely learn but to relish the beauty and creativity of his, and his contemporary’s, artwork.

Sadly, careful readers will notice some typos, primarily in figure references, which are irritating as one tries to link images and narrative, but they are easily sorted and not detrimental to appreciating this book. Hopefully they’ll be corrected in future editions, which I hope will be many.

Albrecht Dürer: Artist in the Midst of Two Storms is worth reading, and worth paging through simply to enjoy the beauty of the art. This is a life unlike mine, in a time unlike mine, from which I have so very much to learn. Dürer sought to be faithful to his Lord and his Lord’s gospel, and I desire the same.