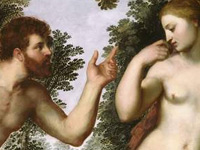 Boredom is so common now-a-days that most of us tend to assume it has always plagued the human race. At least since the Fall. Not necessarily, says author James Gleick.

“Our idea of boredom —ennui, tedium, monotony, lassitude, mental doldrums— has been a modern invention. The word boredom barely existed even a century ago. To bore meant, at first, something another person could do to you, specifically by speaking, too long, too rudely, and too irrelevantly. Boredom as silence, as emptiness, as time unfilled—was such a mental state even possible? Samuel Johnson, in the eighteenth century, tried hard to believe it was not, for curious creatures such as ourselves.’To be born in ignorance with a capacity of knowledge,’ he wrote, ‘and to be placed in the midst of a world filled with variety, perpetually pressing upon the senses and irritating curiosity, is surely a sufficient security against’ (here no simple word came to his mind) ‘the languishment of inattention.'”

And that, assuming the topic doesn’t bore you, of course is worth some thought.

1. When do you tend to feel bored? What is the source(s) of our boredom? How do we normally solve our problem with boredom?

2. Are there passages of Scripture which seem to speak directly to the topic of boredom? Are there biblical characters which are depicted as specifically suffering from it? If you think such texts exist, what do they teach concerning boredom? (Do commentators over the past 2000 years agree with your understanding of these passages?) And if we find no texts directly addressing the topic, what does that imply? What biblical principles might shed light, albeit indirectly, on the topic?

3. To what extent does our boredom relate to the conviction that it is wrong to have periods of time in which we have little or nothing productive to do? Are we so enamored with the modern secular ideal of productivity that unproductive periods of time seem wasteful (i.e., sinful) to us? Is such a conviction biblical? Why or why not?

5. Since parents know that boredom can be a good gift to be given to children—it often motivates them to greater creativity—is it possible that a similar relationship between boredom and creativity exists for adults? Why or why not?

6. “Perhaps you can judge the inner health of a land by the capacity of its people to do nothing,” Sebastian de Grazia wrote in 1962, “to lie abed musing, to amble about aimlessly, to sit having a coffee—because whoever can do nothing, letting his thoughts go where they may, must be at peace with himself.” What does this suggest about modern American society? About modern American evangelicals? To what extent do you think de Garzia’s point is correct? Why? (To the extent you disagree with de Grazia’s comment, rewrite it to reflect your convictions.) To what extent does de Grazia’s comment resonate with the biblical call to rest?

7. Is there a relationship between our struggle with boredom and the fact that the traditional Christian disciplines (e.g., disciplines of meditation, solitude, waiting in prayer) are rarely taught and even more rarely practiced today?

8. Given your reflections here—not simply as an individual, but as you wrestle with the topic within the community of believers—what plans should you make to live more faithfully before the Lord?

Gleick and de Grazia from Faster: The Acceleration of Just About Everything by James Gleick (New York, NY: Pantheon Books; 1999) p. 270 and 268 respectively.