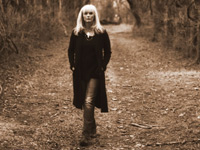 John Calvin, in his Institutes of the Christian Religion, notes that God’s call on our life is a deep grace—not a limitation. Rather than shut us off from numerous pursuits we’d prefer if we got our own way, God’s calling provides direction and meaning in a world where almost endless possibilities can easily overwhelm us. God knows, Calvin says in classic 16th century prose, “with what great restlessness human nature flames, with what fickleness it is borne hither and thither, how its ambition longs to embrace various things at once.” So, lest in our “rashness everything be turned topsy-turvy,” God graces us with specific callings, so that we need “not heedlessly wander about throughout life.” Somehow I’ve never imagined 16th century life as providing so much choice for the average person that dashing “hither and thither” would be a major problem—but I know that problem is with us very much today. Having a sense of your calling is a path to freedom, so that in a world of myriad opportunities and overwhelming needs we can have some confidence about the shape our life and vocation should take.

In the liner notes of her latest album, All I Intended to Be, Emmylou Harris writes that all she ever intended was to be “a singer of songs, a writer of songs, and a strummer of a few chords, in search of the truth.” I’d say she’s been faithful to that calling, and our lives are richer as a result. Harris has produced a legacy of music that reflects the glorious ruin of life in a fallen world, always expressing both deep sadness and poignant longing. Hers is the song that a broken Creation sings, waiting in hope for redemption.

We are aging soldiers in an ancient war
Seeking out some half-remembered shore
We drink our fill and still we thirst for more
Asking, “If there’s no heaven, what is this hunger for?”

Our path is worn, our feet are poorly shod
We lift up our prayer against the odds
And fear the silence is the voice of God
And we cry Allelujah, Allelujah
We cry Allelujah

Like falling stars from the universe, we are hurled
Down through the long loneliness of the world
Until we behold the pain become the pearl
Cryin’ Allelujah, Allelujah
We cry Allelujah

[“The Pearl” on Red Dirt Girl]

To my ear, at least, Emmylou is an even better vocalist than songwriter, with an uncanny ability to cover songs with such conviction they seem to have been written especially for her. Now in her sixties, she has aged gracefully as a musician, continuing to explore the alt-country music deeply rooted in Americana and gospel that has always been her passion. “Harris copes admirably with her changing vocal chords,” music critic Jon Lusk notes, “by retreating into breathless whispers on some high notes—something of a trademark in recent years—and shows that having a great voice and being a great singer are not the same thing.” Her range has narrowed a bit, but her voice remains strong and clear.

Emmylou Harris’ recent recordings have been a satisfying continuation of what fans came to appreciate in her early work. Red Dirt Girl (2000) includes a marvelous duet with Dave Matthews (“My Antonia”)—a love song so poignant it tears my heart. On the ballad, “Tragedy,” Bruce Springsteen and Patti Scialfa join her to sing backup vocals. And she performs “The Pearl,” a song she wrote that exhibits the grace-full balance she maintains between clear-eyed realism and an unconquerable hope in the promise of God in Christ. Stumble into Grace (2003) is an album entirely written (or co-written) by Emmylou Harris, and so provides a window into her the poetry of her soul. “Lost Unto This World” is a poignant cry for all the nameless little girls who across the globe are caught in the relentless pincers of injustice. And “Time in Babylon” peels back the slick self-congratulatory image of middle class America to remind us that all is not right.

[“Time in Babylon” on Stumble into Grace]

All the Roadrunning (2006), with Mark Knopfler—ex-front man for Dire Straits, who wrote 10 of the 12 songs, the last two by Harris—is an album that was quietly produced as the two musicians found time in their busy schedules. Their voices blend wonderfully, both artists able to capture melancholy in song with quiet beauty. Serious Emmylou Harris fans will be interested in Songbird: Rare Tracks & Forgotten Gems (2007), a boxed set of 4 CDs and a DVD. Having seen her in concert last year, I find this collection, which includes a brief written reflection on each song, invaluable for appreciating her long, illustrious career in music. Her 21st studio album, All I Intended to Be (2008) achieves a good blend between self-penned numbers and covers, with Harris reuniting with a marvelous group of musicians to record the album.

“Harris possesses the voice of an angel.” Tammy Genovese says. “She is one of the most revered song interpreters on the planet, and has been instrumental in preserving country music’s past while expanding country music’s horizons throughout her career.” Whether in solo performance or harmonizing with fellow artists, her sound is unmistakable. There is a tender loveliness to Emmylou Harris’ voice, an ability to wring pathos out of the simplest lyrics. She expresses a fragile vulnerability but never weakness, always painting musical images of the sad longing that infuses life for those who know that transcendence is not a passing dream but the final reality.