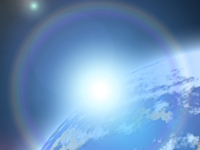 “Space, the final frontier. These are the voyages of the starship Enterprise. Its 5-year mission: to explore strange new worlds, to seek out new life and new civilizations, to boldly go where no man has gone before.”

One reason Star Trek became so popular is that it allowed us all to imagine what it would be like to be an explorer. There were lots of other reasons, too of course: good writing, plots that dealt with the big issues of life, fascinating characters we cared about, innovative devices we all wished we could have. Still, the notion of exploration ran like a thread through the entire series. No one knew what they would discover next or what danger would threaten their mission or their lives.

Throughout history courageous men and women have eagerly set off to explore with no guarantee that they would return home safely afterwards. In 1447 the Portuguese explorer Nuño Tristão discovered the Gambia River in West Africa. He died on the first day of his return voyage as a result of being hit by poisoned arrows. Apparently the Gambians they encountered were uninterested in being explored. Another Portuguese explorer, Gaspar Corte-Real set out for North America in 1501 and simply disappeared. The next year his brother, Miguel, set out on the same adventure, and he too, was never seen again. Sir Hugh Willoughby sailed from his native England in 1554 to explore the Arctic. A Russian fishing vessel happened upon his ship the next year, drifting, the entire crew frozen to death. But we don’t have to go that far back in time for examples. Remember how we watched on January 28, 1986 when 73 seconds into its mission the Challenger disintegrated in a massive explosion, tragically killing all aboard.

The point is simple: exploration always involves risk, but still explorers are willing to set off on their adventures. Good planning helps, but cannot guarantee a safe return. All explorers know they may not make it back home.

Since that is the situation with exploration, and since part of what makes a trip to Mars so prohibitive is the cost of the return trip, Lawrence M. Krauss of Arizona State University asks why the U.S. should not send astronauts into space on a one-way ticket. The reason the cost is so large is that a trip to Mars requires shielding the astronauts from deadly radiation, increasing the weight of the spacecraft. Even our best efforts would only be partial, however, so returning to die on earth rather than remaining to do more experiments on Mars seems unwise.

And it could all be accomplished with volunteers, Dr. Krause says.

If it sounds unrealistic to suggest that astronauts would be willing to leave home never to return alive, then consider the results of several informal surveys I and several colleagues have conducted recently. One of my peers in Arizona recently accompanied a group of scientists and engineers from the Jet Propulsion Laboratory on a geological field trip. During the day, he asked how many would be willing to go on a one-way mission into space. Every member of the group raised his hand. The lure of space travel remains intoxicating for a generation brought up on Star Trek and Star Wars.

Staffing the mission to Mars with volunteers is only one safeguard we could institute to ensure that no one is coerced into going, or that anyone’s rights are violated.

The largest stumbling block to a consideration of one-way missions is probably political. NASA and Congress are unlikely to do something that could be perceived as signing the death warrants of astronauts.

Nevertheless, human space travel is so expensive and so dangerous that we are going to need novel, even extreme solutions if we really want to expand the range of human civilization beyond our own planet. To boldly go where no one has gone before does not require coming home again.

1. What was your initial or immediate reaction to Lawrence Krauss’ proposal? Why do you think you responded as you did?

2. Exploration today still beckons to adventurous souls. Dark labyrinthine caves, corners of vast tropical forests and deserts, deep oceanic trenches, and space all contain secrets yet undiscovered. Is the risk associated with all such endeavors sufficient reason to discourage young adults from pursuing vocations that embrace them? Why or why not?

3. Is there any reason why an astronaut that happens to be a Christian could not volunteer for a one-way trip to Mars?

4. To what extent is longevity of life a Christian value? What do the Scriptures teach explicitly on the topic? What principles drawn from the Scriptures address it implicitly?

5. Are there dangers for a nation like the U.S. to adopt a “one-way to Mars” position as a matter of public policy? What are those dangers? Could safeguards be put in place to adequately address them?

7. What does this whole discussion suggest about our view of death?

8. It is probably safe to say that the majority of medical scientists today hold a naturalistic world and life view. Naturalism, as a philosophy of life, is essentially without hope, since it accepts the notion that at death the individual simply ends (in terms of existence). Yet, every world view needs to produce hope in its adherents, so today that hope has been channeled into the medical push against death and increasing longevity of life. In this light, embracing longevity of life as a value, per se, is merely embracing a myth promulgated by the modern idolatry known as Naturalism. Discuss.

9. In the 19th century when Christian missionaries went to Africa they transported their belongings in coffins, one for each member of the family. This not only symbolized their determination to remain in Africa, it was practical since a large percentage died in the first few years after their arrival. Would such zeal be accepted by American churches today as a legitimate approach to missions? Why or why not? What does it say about the view of death and the longevity of life in the 19th century Western church compared to today?

10. Would the pro-life movement, to be consistent, need to resist any effort by the federal government to adopt a “one-way ticket to Mars” policy? Why or why not?

11. In a society as diverse and pluralistic as ours, what likelihood is there that Krauss’ proposal can be discussed thoughtfully and with civility in the public square. What can Christians do to increase civility on this and other topics?

Dr. Krauss’ proposal appeared in an op-ed piece, “A One-Way Ticket to Mars” (September 1, 2009) in the New York Times, and is worth reading in its entirety.