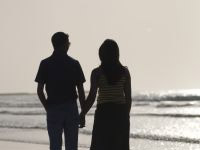 There is a difference between keeping ourselves pure, and keeping ourselves aloof from a broken reality. It’s a huge difference. The first is courageous; the second, arrogant. The first finds us in the company of those who love virtue so much they have pursued integrity, regardless of the cost. The second is the busy isolation of those who imagine the problem of moral purity is not in them but in others. The cost they pay for this error is a sad superficiality in their relationships—a superficiality of which they are often mostly unaware.

There is an irony in this for the Christian. For the follower of Christ, the final standard for purity is Christ himself, the one in whom the brilliance, beauty, and excellence of God was made flesh, lived out in time and space. Yet, if anyone was never for a moment aloof from a broken reality, it was Christ. His critics pressed him at precisely this point, believing they had discovered a fatal character flaw, but Jesus would have none of it. When the Pharisees complained to Jesus’ disciples that their Master hung out with disreputable people, Jesus responded by saying they should go study their Bibles. People opposed to him claimed he ate and drank to excess at parties with Roman collaborators, unscrupulous business people, and sinners. Jesus pointed out their hypocrisy, but the fact they could voice this complaint is proof that Christ mixed freely with broken people in a broken world. In fact, he mixed with them with an intimacy that did not just scandalize the devout believers of his day, it would doubtless scandalize the devout of today’s evangelical community as well. One Jewish religious leader was disappointed when Jesus allowed a notoriously sinful woman (probably a prostitute) to keep on touching him. It must have taken awhile, too, since the text says she wet his feet with her tears, wiped them with her long hair, anointed them with a special perfume she had brought, and repeatedly kissed them. (Jesus was reclining for a meal at the man’s house at the time—a setting which would have been open to passers-by.) Jesus not only did not stop her, but when his host objected Jesus told him his hospitality was shabby and that the woman, not he, would realize the salvation of God.

But, someone might respond at this point, Paul approvingly quoted the proverb, “Bad company ruins good morals,” so how does that figure in? True enough. If being around people who indulge in certain things causes us to stumble and fall, then we must either withdraw until we are stronger, or better yet, be with them only in ways in which we can be held accountable. This isn’t being aloof from a broken reality, but a recognition we are weak and in need of grace. It will be a choice and lifestyle marked with humility.

If we choose to keep aloof from a broken reality we fail to faithfully follow Christ. In his incarnation Christ entered the messiness of people’s lives to such an extent that his critics could plausibly insist his engagement with questionable people was an affront to holiness. That didn’t stop him, and he did it without compromising moral purity.

Here is another way to put it: “We are not to love people in spite of their sin,” Jerram Barrs insists, “but because of it.” “In spite of” sounds good—but is self-righteous. Just as Christ came to redeem us because we are sinners, so we must love our neighbor because they, just like us, are sinners. Keeping aloof from broken people does not make us more pure; it merely adds hubris to the sins in which we indulge.

One of the attractions of being aloof from a broken world is that it seems neater, easier to manage. Huddled together with people like us, we have only our own sins to contend with, and a little effort can keep them carefully covered under a sheen of conservative social respectability. The broken world around us, on the other hand, is messy, unpredictable, disreputable.

Which is precisely where we have to be if we expect to be with Christ.