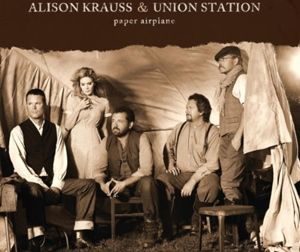 A beautiful woman
Yesterday afternoon we drove 90 minutes north from Toad Hall to an old theater in the heart of Minneapolis. We parked the car in an underground ramp, and found a little store that had been in business in the Sixties when we were undergraduates at the University of Minnesota. The caramel corn they sell still tastes as sweet as the scent that spills out the door onto the sidewalk. A block away was the Orpheum, with its soaring ceilings, oversized chandeliers, and brightly painted friezes, built in 1921 when theaters were expected to be ornate if not gaudy. We had come for a concert, to listen to music with roots deep in bluegrass and gospel, played and sung in the richly joyful, heartbreaking style of Alison Krauss and Union Station.

How is it that songs so profoundly sad can engender such hopefulness and grace in the human heart? Musical skill plays its part, and the musicians last night played with the casual ease that comes only after long years of serious practice. The two-hour set made obvious that the people on the stage were called to this, displaying a giftedness that could not be denied. Deeply rooted music also helps, music shaped not merely by an artist’s individual life but a long tradition of reflection on the human condition bounded by the accumulated wisdom of generations of experience, suffering, and Scripture.

In “Gravity” on her album, Loneliness Runs Both Ways (2004), Krauss sings of life as a pilgrimage, a journey not unlike leaving home as a teenager for a life on the road.

And all the answers that I started with
Turned out questions in the end
So years roll on by
And just like the sky
The road never ends.

A slice of life, that of a musician living out of a suitcase becomes a metaphor for human beings yearning for a home worthy of the name. The same longing was felt by patriarchs so long ago who roamed as nomads over the face of the earth, longing the Scriptures tell us for a “better country” than the one they left, a true “homeland” (Hebrews 11:13-16). “Therefore God is not ashamed to be called their God,” we are told, “for he has prepared for them a city.”

“I like to think that I know more now than I did ten years ago,” Elif Batuman says in a short essay on the occasion of the tenth anniversary of 9/11 in The New Yorker (September 12, 2011). “But one thing I’ve learned is that the path to understanding isn’t a well-lit staircase.” Wisdom, like beauty and all else that is most precious in life, is not easily or quickly achieved, and though the journey is not the end in itself, we do not get beyond the journey in this life. Like the ancients we remain nomads here.

The Hebrews pictured Wisdom and Folly as women (see, e.g., Proverbs 3-9), a metaphor sometimes assumed to be merely misogynist and so dismissed in an age that knows better. But the image must be sexually charged because whether hooking up with foolishness or faithfully embracing prudence, the transaction penetrates to the deepest recesses of the soul. We become what we love. The only question that remains is whether we will be loved or simply seduced, in the arms of Wisdom or Folly, demonstrating some small measure of human flourishing or forever distracted from the important by the merely urgent.

As we sat in the second balcony, high above the stage at the Orpheum the music seemed to nourish my soul, reminding me of how beauty meets truth in grace. Not all of us are musicians of course, but all of us can be rooted in a venerable heritage of wisdom, with patient faithfulness fulfilling our calling with all the creativity we can muster. In the Christian vision of life, work is not just a necessity, but also a gift, our vocation an expression of faith to witness to the reality of the kingdom of God.

Ah, you say, well and good but few of us ever receive a standing ovation. And Wisdom, perhaps with a gentle smile, comments that hearing is hard in a fallen world. There are ovations and ovations, she says, some significant and others not so, some eternal and others passing. Listen for the better.

The final song in the encore last night, “There is a Reason,” summed up the sadness, the hopefulness, the beauty, the brokenness and the grace that had animated the entire concert.

I’ve seen hard times and I’ve been told
There isn’t any wonder that I fall
Why do we suffer, crossing off the years
There must be a reason for it all

I’ve trusted in You, Jesus, to save me from my sin
Heaven is the place I call my home
But I keep on getting caught up in this world I’m living in
And Your voice it sometimes fades before I know

Recognize that? It is the voice of a beautiful woman named Wisdom.