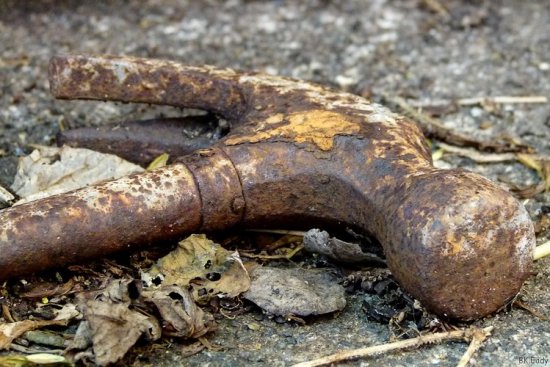 In the late sixties we moved from Minnesota to New Mexico. Perhaps because we were used to the rich black soil of the Plains, the bright red soil of the Southwest was a source of wonder. At times it felt like we had walked into a painting of Van Gogh where the use of bright colors expressed meaning that lay deeper than the surface experience of reality. The green of the sagebrush and cottonwood trees and the blue of the sky and turquoise jewelry allowed the red to stand out more sharply in landscapes of subtle beauty.

On August 1, 2007 a bridge spanning the Mississippi River in Minneapolis, a short drive from where I am writing, suddenly collapsed during the morning rush hour. The bridge, identified as Bridge 9340 in official records, was rated as the second busiest in the entire state, with 140,000 vehicles crossing it every day. 111 vehicles rode the surface of the bridge down as much as 115 feet to the surface of the water and riverbank, with 13 people killed and 145 injured. A school bus with 63 children returning from a field trip ended up resting on a guardrail at the bottom. We knew the spot because we had often crossed the river on that bridge.

The two stories may seem very different but they include a common link. Both the red soil of New Mexico and the collapsed bridge over the Mississippi share the identical cause: oxidation. Iron (in the soil and the bridge gussets) react chemically with oxygen and the result is a reddish product we call rust.

Christians believe the world has fallen from the pristine state created by God, and so it is easy to assume that corrosion is a product of that fall. Perhaps that is true, but a world without corrosion would be a world without metals or oxygen or both—and then we have to imagine a world so different from ours that fallenness seems unable to account for it. Perhaps corrosion was part of the original plan, intended as a challenge for the sons of Adam and daughters of Eve, a challenge we have tended to ignore in our dash to simply use resources without much thought for the consequences. “Rust represents the disordering of the modern,” Jonathan Waldman says in Rust: The Longest War, “and it reveals many of our vices: greed, pride, arrogance, impatience, and sloth” (p. 10). The Christian vision for God’s future kingdom is one “where neither moth nor rust destroys” (Matthew 6:19). Note it doesn’t say that neither moths nor rust will exist, but that they won’t be destructive. It’ll be interesting to discover how oxidation and red soil fits into the fulfillment of all things.

We’ve all experienced corrosion as a plague, finding it eating away at things we had hoped would last. Our grandfather’s hammer, kept both because we need one and because we remember him with fondness, is forgotten outside and a week later is stained with rust. We find corrosion bubbling paint along the seams on the doors of a used car. It’s everywhere, it’s relentless, and though it yields surprising moments of beauty, it destroys everything it touches.

In Rust, Waldman takes us, chapter by chapter into the world of oxidation by introducing us to the problems it produces and the people who fight back. He tells the story of how America almost lost the Statue of Liberty to corrosion; of the stunning photography of Alyssha Eve Csuk who roams the abandoned hulk of Bethlehem Steel Works to find high art on rusted steel girders and surfaces; of the constant struggle needed to maintain oil pipelines; of the development of stainless steel and rust resistant paint; of how aluminum cans are treated to deter oxidation; and of the enormous cost and effort needed to beat back rust in the military—especially the Navy—and the nation’s infrastructure and how we do not seem to have the leadership and will to meet the challenge. He writes with clarity (even on technical issues), with wit (he keeps track of the number of engineers working on corrosion who sport mustaches), and with passion (he’s interested in the problem of rust and wants us to be as well).