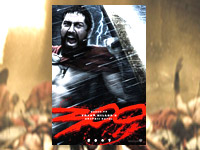 Don’t all young adults dream of heroism? Of finding themselves at some point of destiny and responding with a courage they hoped they had within them, but could never be sure until such a moment? Perhaps a rescue, snatching someone from danger like the fire personnel who walked into the Twin Towers that fateful day in 2001. Perhaps of being like Liviu Librescu, the Virginia Tech engineering professor who blocked the door of his classroom with his body, giving his life so his students could live.

As an adolescent I dreamed of heroism in war (as did all my male friends). We dreamed of being in battle and finding at the crucial moment a sudden surge of courage that made all the difference. It’s not that I wanted to go to war, exactly—I dodged the draft for Viet Nam. But war still held an attraction in my youthful fantasies—dreams that embodied something of my deepest hopes and fears about myself. In a comfortable consumer existence you can’t really tell what you are made of. You can hope you have the stuff of heroism in your soul, but there’s no certainty. In war it is different. Battle takes you to the edge, where the deeper, hidden, true things of the soul are revealed. Isn’t this why that picture of the six American soldiers raising the flag on Iwo Jima electrified an entire nation? As the tag line for Clint Eastwood’s film, Flags of our Fathers put it, “Every soldier stands beside a hero.” That’s what I dreamed about.

The stories of the Hebrew Scriptures were fodder for my dreams. One I loved involved Jonathan, the son of Israel’s first king, Saul. Warfare with the neighboring Philistines broke out (1 Samuel 13-14). The Philistines mustered a much larger force, intimidating the Israelites. “The people,” the Bible record, “hid themselves in caves and in holes and in rocks and in tombs and in cisterns.” One day, without telling his father, Jonathan and his armor bearer crawled across the rocky cliff that separated them from the Philistine garrison. The Philistine soldiers taunted them, and in the process confirmed that what they were doing would be honored by God. Scrambling up the rocks to the Philistines, they cut down 20 of the enemy soldiers—which took the superstitious Philistines so much by surprise that it turned the course of the entire war. I thought a lot about that story when I was young, dreaming of being there with Jonathan that day. What a feeling it would be to help cut a swath through the ranks of the pagan enemy.

Most critics don’t see it this way. “In time,” The New York Times said, “300 may find its cultural niche as an object of camp derision, like the sword-and-sandals epics of an earlier, pre-computer-generated-imagery age. At present, though, its muscle-bound, grunting self-seriousness is more tiresome than entertaining. Go tell the Spartans, whoever they are, to stay home and watch wrestling.”

Young men dreaming about war in a world in which there are precious few heros. This is what 300 is about. It’s why a film—with over the top, stylized violence, two utterly predictable, gratuitous nude scenes, and buff warriors—which cost an estimated $60 million to make, brought in $70.9 million the weekend it opened. 300 then grossed $206.9 million in its first seven weeks. All this in the U.S. alone; worldwide it has raked in far more. “300 is about heroism,” James Berardinelli says, correctly, “in the face of insurmountable odds.” 300 will not be remembered in the annals of cinema as a great movie, but I would hazard the guess it will remain popular as a film with a massive cult following.

The back story is found in the world of comics. In 1998, Frank Miller published the first of a series of five comic books (later collected into book form) based on a famous battle between Greek and Persian forces in 480 BC. Xerxes, the king of Persia, brought his massive army in a fleet of ships which landed on the eastern coast of the Greek peninsula. Leonidas, king of Sparta and general of the Greek troops, decided to make his stand at Thermopylae, a narrow pass in the mountains. When a traitor showed the Persians a route by which they could outflank the Greeks, Leonidas sent home all the Greek troops except the 300 warriors who had accompanied him from Sparta. They slowed the Persian advance, saving the Greek fleet and allowing the Greeks to prepare for the invasion, but in the process all the Spartans were killed, hailed as heros for their brave, selfless sacrifice. A Persian emissary had asked for their surrender. “A thousand nations of the Persian empire descend upon you,” the emissary said. “Our arrows will blot out the sun!” A Spartan immediately replied, “Then we will fight in the shade.”

The movie is based on Miller’s novel, and director Zach Snyder does a good job of infusing the film with the sensibilities and design of a graphic novel. Action scenes, for example, slow down to simulate the image of the comic book and then move forward in real time, then pause again to frame the next image. The enormous popularity of graphic novels and comics is an important aspect of popular culture—forming something akin to a subculture—which helps shape the imagination of the postmodern generation.

Like the graphic novel on which it is based, 300 is a very stylized film. Rolling Stone told its readers to “prepare your eyes for popping… in the face of such turbocharged visuals.” It isn’t meant to be realistic, it’s meant to spark dreams, fantasies of heroism. The Spartan warriors are so buff they must have each had a personal trainer. The battle scenes, all extremely violent, are freely splattered with blood which looks less like blood than red ink spattered with care for the artistic effect. The women are strong, beautiful and sexy, the politicians untrustworthy, the religious oracles corrupt and deformed. Every fantasy fulfilled.

Many young adults, studies tell us, are bored. Many doubt whether true significance is even possible. Few heroic figures withstand the unrelenting scrutiny of a cynical society. So, it doesn’t take a prophet to point out an obvious fact. Any world and life view that is unable to capture the imagination of a generation with true heroism should not be surprised to find itself cast aside as unworthy of serious consideration.

1. What have you heard from young adults about 300? 2. What was your initial or immediate reaction to the film? Why do you think you reacted that way? 3. What dreams of heroism have you had about yourself? What influenced them? Were any of your fantasies set in warfare? 4. To what extent are dreams about heroism in war healthy? Is it possible to influence how the next generation dreams about heroism? 5. In what ways were the techniques of film-making (casting, direction, lighting, script, music, color, sets, action, cinematography, editing, etc.) used to get 300’s message(s) across, or to make the message plausible or compelling? In what ways were they ineffective or misused? 6. With whom did you identify in the film? Why? With whom were we meant to identify? 7. When some Christian young adults were asked which scenes in 300 they had “a problem with,” they mentioned the nude scenes, but not the violence. How do you respond? 8. One friend suggests that though the Spartans are made the film’s heros, Christians should find the Persians closer to the biblical world view. The Persians believed in the supernatural, and accepted the outcast who was rejected by the Spartans. The Spartans practiced infanticide and built their entire culture around a glorification of violence. How would you respond? 9. What is the historic biblical take on heroism? On the imagination?