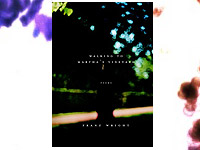 Every twenty-something male worth his salt in the fine art of wooing women knows the value of a well-placed copy of the poetry of Pablo Neruda, say, or Rainer Maria Rilke, or John Donne. When, in conversation, I raise the topic of poetry, inevitably the name-dropping lands on T.S. Eliot, or Gerard Manley Hopkins, or, for the bold, Thomas Merton. Brilliant, talented writers, to be sure, but I fear that 5, 10, 100 years from now, the names will have been dropped so much that they’ll be warped beyond recognition. Ask your average Christian to name three contemporary poets, then listen to the mental gears grind to a stop. Worse yet, ask for three contemporary poets who are Christians, and hope only that no one asks whether Eliot is still alive.

This is neither attack nor rebuke, but admission. Twenty-three years of school and roughly 1,000 books to my credit, not until a poetry class last year would I have been able to answer those questions. I like essays. I am Missionary to the Poor Unread Masses under the Banner of Literary Nonfiction: Annie Dillard and John McPhee and Thomas Lynch and Hoagland, Birkerts, and Trilling, to name a few. But poetry never did it for me. With literary nonfiction, I get to read contemporaries, but I had assumed that all the good poets are dead, which is partially why they’re good.

As a requirement for my Literary Nonfiction degree, I was asked to take an out-of-genre form/theory class. So I signed up for poetry, anticipating nothing more than a bulking-up of my woo-muscles. I wound up wooed myself. I was found by Franz Wright’s most recent collection, Walking to Martha’s Vineyard.

Contrary to my prior assumptions, Franz Wright is good, and he’s not dead. Though at one time, to use the apostle Paul’s words to the Ephesians, he was.

Franz Wright had a conversion experience, and this collection of poems is both description of and proof/not proof of that experience. Wright’s corpus, in fact, proclaims that in the face of extreme experience, we are incapable of translating that experience through words. And yet. Wright claims the experience, of all experiences the one most impossible to exhaust (for evidence, see my shelf lined with systematic theologies), yet he dares to begin, most blatantly in this book, whose words would barely fill the preface to Berkhof or Hodge. So why try, especially with poetry? Because the words are not the point, or, better, they both are and aren’t the point. Wright’s hope is that his readers will stare through his words rather than merely at them. This is the presupposition of Walking to Martha’s Vineyard, expressed in “The New Jerusalem”:

Rilke in one of his letters said Christ
is a pointing,
a finger pointing
at something, and we are like dogs
who keep barking and lunging
at the hand

In other words, his poetry is not self-referential, not about the poetry itself. The words are fingers pointing, though insufficiently, he admits, to something/someone else. He leashes the reader with this apologetic on the first page of the book:
“Year One”

I was still standing
on a northern corner.

Moonlit winter clouds the color of the desperation of wolves.

Proof
of Your existence? There is nothing
but.

On first read, it appears that Wright is claiming classical (or evidential) apologetics, a theological empiricism of sorts, the idea that through observation and reason, one can work his way to some sort of proof of God’s existence, which is “obvious.” But this is where the poetry does matter, where it does do its own pointing. By breaking the last stanza into three lines, leaving the words “Proof” and “but” to stand on their own, bracketing the words “Your existence? There is nothing,” he says, effectively, that in one sense, yes, there is “proof,” if you mean by that the beauty in the world, the blue hues, parks, and moon-lined nights that fill his book. And yet, this is no proof at all; as he says in “Epitaph,” “If you are not disturbed / there is something seriously wrong with you, I’m sorry.” For all beauty there is brokenness, for every orgasm a miscarriage, for every loving father an orphan. This kind of proof, this evidential apologetic, is not the way past the finger.

This is more than Whitman’s “Who speaks of miracles? I know of nothing but miracles…” (which Wright quotes). Wright is not claiming to prove God’s existence. Wright is claiming that God revealed himself to him, which is the only way to rightly know of His existence. That is the presupposition Wright’s reader must accept to understand this book, to unjamb his eyes from the words/fingers and look for the big thing. It has to be this way. This is the way God works. This is grace, as he says in his poem “Letter: January 1998,” an account of sitting in the back of a church, reflecting on his place in it:

The humiliation I go through
when I think of my past
can only be described as grace.
We are created by being destroyed.

We do not create ourselves, he says, but are created by being destroyed. God allows us to make a mess of ourselves, drink ourselves into depression and psychosis, and drop, finally, to a place where we give up trying to make ourselves worthy of God, trying to play the good-outweighs-the-bad bargain game with God, who is not Monte Hall, who will not make a deal. This is the mystery that Wright delineates in his poetry, that God must reveal Himself to us, and the only way that will happen is if we admit that we are all messed up, and we are hopeless to do anything about it. And that admission, according to Wright, is itself not something that we naturally gravitate toward—something supernatural has to grab us by the neck and point our eyes past the finger.

This happened to Wright already, but he’s not yet beyond suffering, doubt, and struggle. Theologians use the phrase “already/not yet” to describe the phenomenon of having already been united with God, being cleared of debt, blame, shame (the technical term being “justification”) and the process of not yet being what one will be after this life (“sanctification”). This is the binding tension of Walking to Martha’s Vineyard, the tension described in the poem “Baptism”:

That insane asshole is dead
I drowned him
and he’s not coming back. Look
he has a new life
a new name
now
which no one knows except
the one who gave it.

If he tastes
the wine now
as he is allowed to
it won’t, I’m not saying it
will
turn to water

however, since You
can do anything, he
will be safe

his first breath as an infant
past the waters of birth
and his soul’s, past the death waters, married—
Your words are spirit
and life.
Only say one
and he will be healed.

So Wright writes this poem in the 3rd person, the new man expounding the old: “That insane asshole is dead / I drowned him…he has a new life / a new name / now /….” That “now,” standing alone, points to the already, the man with a new name that no one but God knows—no one, not even Satan, “The Accuser,” the supernatural being who preys on the old man, presents him with doubt and recall, causes the recovered alcoholic to question his ability to handle the communion wine: “If he tastes / the wine now / as he is allowed to [an affirmation of the new man] / it won’t, I’m not saying it / will / turn to water /….” This is the coy language of someone who clings to his newness yet doesn’t deny his oldness, someone who realizes his dependence on grace for both his justification (the already) and his sanctification (his battle with the not yet).

Wine plays an important role in Wright’s poetry, he being a recovering alcoholic and a student of Scripture: Jesus’s first miracle was turning water to wine; Jesus represents his blood with wine; Heaven is described as a banquet, a feast of food and wine, to be celebrated as a result of the wedding between Jesus and his bridegroom, the church. Wright ties this celebratory language to his baptism: “his first breath as an infant / past the waters of birth / and his soul’s, past the death waters, married— /….” Here, the words point beyond the party to the host of the party, the Final Stanza: “Your words are spirit / and life. / Only say one / and he will be healed.” The poet’s words are insufficient, consistent with the philosophy of language Wright proposes in this book. Instead, Wright points to The Word of his poem “Saying”:

Word
of the four billion letters
whose spelling
determined the color
of my eyes
and my ultimate
fate,….[ellipses mine]

Jesus is the Word, whose speaking brought the world into creation, by whom all is made and renewed, whose words alone contain the ability to heal. Wright’s words are the fingers, his readers the dog, Jesus the thing pointed to. But this divine speech is not literal in Wright’s world, as the syntax of the closing stanza directs. Rather than “Say only one,” Wright rearranges this line to “Only say one,” de-stressing the verb “say” and stressing “only….one.” Who knows how God speaks? Wright isn’t norming God’s ways through his poetry, those ways being inexplicable, but he is affirming their reality and power.

Walking To Martha’s Vineyard is a linguistic wrestling, and though the words clearly point to something present and something future, they point, as much, to something past, to the old man, specifically the man James Wright, his father, the great poet. In the poems “Fathers” and “Flight,” Wright the son illustrates this concept: The way we view our fathers is the way we tend to view God. As child to a literary giant, Franz Wright grew up longing to be loved, or just to be noticed, by an often-absent father, and the way he sought to remedy that was to win his father’s approval. Earn his love. Deserve his favor. 45 years into his life, Franz Wright’s analogies were destroyed. God revealed himself to Wright, looked him in the soul, and said, “You can’t win my approval, earn my love, deserve my favor. Just admit that you’re an insane asshole and let me love you: Grace. ‘Though your own heart condemn you / I do not condemn you.’ And if that doesn’t prove my existence, there is, unfortunately, nothing but.”

Based on my limited reading, the world of professional poetry is short on patience with those who dare to speak so directly and confidently about the reality of a God of grace, of a specific God who calls us to lay down pride and pen and admit that we don’t know what we’re doing. This is precisely what Franz Wright claims, and rather than dismiss him or accuse him of selling out intellectually or artistically, the poetry powers-that-be awarded him with the 2004 Pulitzer Prize. Here is a living poetry champion—hold on to Hopkins, Donne, and Eliot, but make room for Franz Wright, and prepare to be wooed with grace.