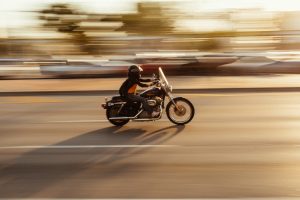 It was early during the evening hours. Night had not yet descended; it was that time of the year when daylight lingered longer than usual. My wife and I were driving on the highway to perform some necessary, but tedious shopping duties. Traffic was not that bad at all. It was nearing summer in South Florida and most of its winter residents had already vacated the growing heat for cooler climes. In some respects, this is an occasion for rejoicing. Lanes are clearer and stores less crowded. In general, I’m a safe and slow driver (though not always) and could be found cruising that evening at around the 65-mph speed limit in my reliable yet aging vehicle. We were on the right lane of the highway, the very place relished by slowpokes and gazers. The emergency lane to the far right was, as usual, littered, here and there, with its typical debris: shredded tire pieces, some of the large ones looking like dark carcasses; the dull shine of shattered pieces of glass, and the occasional stray plastic bag that gets whipped about by the wind trails of cars. I wonder if these bags have produced a little bit of consternation among the more sensitive driving types. The fear involves a floating, drifting bag suddenly plastering itself against the windshield, obstructing vision to the scream of rubber, crash of glass and crumpling boom of metal.

And then it happened, a jarring phenomenon that has, on occasion, happened before. As a matter of fact, the experience appears to be occurring more frequently in our culture. There it is, a threatening sound in the background, gathering in strength. A high whining and whirring; an accelerating intensity of sound. An approach at a formidable rate of speed. It makes me nervous. I cling to the steering wheel, my mind imagining collisions from behind. An immense swarm of hornets buzz wildly behind me. Incredibly, the noise grows louder. A motorcycle shoots past at a remarkable velocity, probably around a hundred or more. The fluttering of a heart. The rattling of nerves. The slight buffeting of our car. The hornets die down. It was the crack of a whip; a flash of lightning. Please remember that I was already driving at a fair pace. Its passing made us feel at a crawl. It wove through cars with great ease and grace, shrinking before our very eyes as if by the wave of a wand, the magic of sheer speed. The clamor of hornets raised their voices again, and then another motorcycle shot by as if a bullet fired from a high-powered rifle. The hornets sounded their wrath yet again and a third one rocketed down the emergency lane to our right, leaping with dexterity into our lane, moving, dancing about a couple of cars, weaving with beautiful agility, disappearing, gone.

The three of them were obviously friends, striving to keep up and surpass each other, perhaps playing some kind of a game. With a shuddering in my soul, I considered the outcome of a slight miscalculation: the clench of brakes, screech of tire, snapping of bones, release of blood, chaos. Possibilities for disaster were many, such as a sudden malfunction, a glitch in the motorcycles carefully engineered machinery, throwing off the fine balance of its missile-like trajectory. Or what about fallen, unpredictable humanity? It was not too difficult to imagine one of the cars on the highway, unaware of the swiftness of a motorcycle’s approach, turning into its lane, causing the white flicker of a fearful eye, crunch and sickening flight, a strange moment of flying, the world, highway and sky twisting around, a moment of dreamlike beauty before the ripping of gear, rupturing of organs and crack of vertebrae.

At this point, I suppose I’m expected to render insights and criticisms concerning our adrenaline-obsessed, youth-oriented culture, but instead I hunch a little towards my steering wheel as if such a posture can shield my wife and me from unforeseen contingencies, protect us from the intrusion of tragedy.

Photo by lalo Hernandez on Unsplash