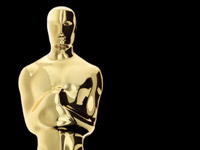 For several years in a row, I have done a lecture on the five Academy Award nominees for best picture and what they have to teach us about American culture. We are in the midst of Oscar season now, as the distributors of pictures they think have half a chance, spend large amounts of money on advertising campaigns in the trade journals, trying to persuade academy members to vote for their choice. As people who care about the influences in our world, Christians should be paying attention to the films being suggested; almost every one of them has something to tell us about ourselves or our neighbors.

But this is also a good time to reflect on some of those pictures that are not likely to be nominated for anything, movies that are worth watching, not because they are popular in the Hollywood scene but because they have an intrinsic worth of one sort or another. They may be popular, just not “respectable” enough for academy consideration. They may be well-loved, just by so few people that they are too unknown to achieve recognition. They may be too edgy, or too sweet, or even too Christian. Lots of reasons cause movies to be passed over at awards time.

So what are the reasons one can use to justify recommending films, which others, presumably more astute and certainly more experienced, have ignored? Unfortunately, there is not a simple answer to that question. At one level, the response is so simple as to say, “Personal preference. You will have to trust me.” But at another level, the reasons are as various as there are films, so if you will bear with me, I’ll briefly offer my thoughts on four or five films, unlikely to be nominated for the big awards, that thoughtful Christians might watch, as they come out on DVD in the coming months.

In what has been called the year of the documentary with all of the flap surrounding Fahrenheit 9/11, one very fine film may be overlooked and ought not to be. Supersize Me is the chronicle of writer/director Morgan Spurlock’s thirty-day experiment of eating nothing but McDonald’s food for breakfast, lunch and dinner. At the beginning of the month, Spurlock is a healthy, normal man, who combines a balanced diet with regular exercise. He is not a fitness expert or diet guru, or anything more than a very “regular” guy in his approach to food. Living with a vegan, he regularly debates with her the wisdom of eating meat, etc., and one of the enduring strengths of this movie is how like most people Spurlock seems to be.

The film is simple, but compelling, as visits to the doctor, interviews with detractors as well as avid proponents of fast food, and expert testimony from authorities on all things dietary in America are interspersed with statements to the camera by Spurlock that chronicle a long, slow, but clear, slide into sickness on his part. The tension mounts as one of his doctors in particular becomes seriously alarmed at the rise in some of the indicators the doctor is tracking. The doctor is quite serious, when he accuses Spurlock of risking too much and possibly damaging himself beyond repair. Though the movie, like most documentaries, essentially explores a social problem, it is not without its dramatic flair.

This documentary, however, conducts that exploration the way all of them should. Focused, fair to all sides, and not alarmist, it nevertheless presents the evidence clearly, displaying an America that is rapidly fattening itself for its own slaughter. The contrast with Fahrenheit 9/11 could not be more obvious from a filmmaking standpoint, but the real strength of Supersize Me shows through in that, while the McDonalds corporation steadfastly refused to meet or speak with Spurlock during the filming of the movie, they did drop the supersize option within a month of the film’s release. Fahrenheit 9/11 almost certainly did nothing more than encourage the already converted and anger the opposition. Supersize Me, on the other hand, has caused real change and has the potential for causing much more.

My entry in the category of small, independent films is a thoughtful thriller starring Robert Redford and Willem Dafoe called The Clearing. Sensitively written and directed by Pieter Jan Brugge, and beautifully shot by Denis Lenoir, The Clearing’s plot centers around the kidnapping of a wealthy, recently retired executive. Some reviewers criticized the film for being flat, one calling it a “suspense movie on Prozac,” but I found the exploration of flawed people—as we all are—fascinating, as their foibles play out in a crisis situation.

The relationships between not only kidnapper and victim, but also family members with each other as they remember, regret and seek to discern the right move, were thoroughly honest and challenging to my sense of how I would react in those situations. Overall, the film forces you to ask the question: “How have you spent your life? If faced with death, would you have any regrets?”

Technically, the film is a superb entertainment, building to a climax that I found totally unguessable. The performances are all stellar, and Redford particularly, though a major star and not flattered by either lighting, camera angle or dialogue, develops the most realistic character he may have ever played. A tense and sad film, The Clearing reflects the situations of too many real families in America today.

I am reminded of several films, which have been reviewed in Critique during the past year, but deserve mention because they are unlikely to be recognized by the major award givers. The first might just break that rule, but, if it does, it will be a rare break-through because big box office movies are usually deemed unworthy at Oscar time (unless they are so big, like Titanic or The Return of the King that they simply cannot be ignored). Spider-Man 2 is hardly unknown; it will be the second-highest grossing film of the year, pulling in $373M at the box office this summer. But Spidey 2 is notable because, though it is a big-budget (at $200M, the largest of the year) action/adventure fantasy, its strength really comes from a character-driven idea to which all of us can relate. Peter Parker, the film’s main character, has kept his identity secret from many of those he loves because he does not want them to get hurt by being associated with him, and he believes this strategy best fulfills his life dictum, “With great power comes great responsibility.”

Parker’s dilemma is that of many parents, churchmen, teachers and others in authority: when do we share good knowledge, even though that knowledge also has the potential to harm? Parker spends much of the film being confronted with the problems that his choices cause, not least to himself. From a good heart, he is trying to do the right thing, but he has been blind to the intrinsic arrogance his decision entails. He has not seen that trusting those you love to do the right thing is essential to human relationship. Believing one must all alone shoulder the responsibilities of life demands a refusal of what a friend of mine recently called “the greatest gift God gave us at creation: dependency.”

Saved! (Brian Dannelly, 2004)
Another movie to be viewed, though you may not like it, is Saved! This teen comedy purports to be a moral tale, but one of its taglines shows its real colors: “Got Passion? Get Saved.” Savagely dismissing all things Christian as unrelentingly hypocritical, the film does not depict a single Christian as acting or even thinking redemptively at any point. Fortunately, the movie was so bad that reviewers without a Christian axe to grind nevertheless regularly panned it, but beware: the movie made almost twice its cost back in box office receipts alone, so we may well see more of these slams at the faith in the future.

Why spend the time and the money to watch Saved!? Two reasons. Christians should see it because we too easily forget how biblically illiterate—indeed how non-Christian—our country really is, and watching a movie like this every once in awhile shows us how far we have to go, even to earn a hearing for our views. Far too many people think Saved! gives an accurate picture of Christian high schools in America, and, in fact, of Christians. We need to be aware of how vigilant we must be to “love our neighbor as ourselves” since a large body of the public sees us completely otherwise.

Oh, and the second reason to view Saved!? Since we really are sinners and hypocrites, it does not hurt us to be reminded of it…

<i>I (Heart) Huckabees</i> (David O. Russell, 2004)
<i>The Incredibles</i> (Brad Bird, 2004)
<i>The Village</i> (M. Knight Shyamalan, 2004)
Let me make brief mention of a few more movies worth viewing. Two portrayals of twenty-something angst are the best for a long time and ought not to be missed. Garden State (cf. Critique, #7, 2004) and I (Heart) Huckabees give comedic versions of the serious loss of truth this generation seems to feel acutely. Their loneliness and moral lawlessness are starkly portrayed in both films; the comedy in both films is always knife-edged. Though critics and audiences alike were lukewarm to The Village, I found its discussion of perspective (the main character is a blind girl!) engaging, and the movie a highly entertaining thriller, as all M. Night Shyamalan movies are. Hero is the most recent in what is fast becoming a long line of Chinese action pictures with both head and heart. Last, but not least, everyone should see The Incredibles; the Pixar people just keep on rolling out “kids movies” from which adults can learn much.