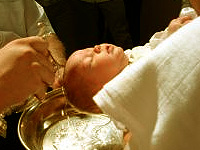 It’s a common belief among Christians that piety for show is impiety. Jesus railed against hypocrisy, as did Paul (Galatians 2:11). Hypocritical Christians “love to pray…that they may be seen of men” (Matt. 6:5), and they are good fault-finders (Luke 6:42). One of the odd things about hypocrites is that they are good at spotting hypocrisy in others. And is there is hardly anything more hypocritical than a person who pretends not to be, in one way or another, a hypocrite?

In the US, hypocrisy has often been associated with traditional Christian forms of worship and ritual. To keep up appearances, parents who couldn’t care less about religion nevertheless have their babies baptized. Dysfunctional families pray regularly at meals. Sunday school teachers decry the unraveling of the moral culture on Sunday morning and immerse themselves in televised debauchery the rest of the week. Upper-class drunkards and crooked lawyers still kneel (or bow) and cross themselves coming and going from their pews at the local Episcopal church. Many Christians can say that they’ve visited churches where rituals were esteemed and Christian virtue was shunned.

One reaction to this among Christians has been to abandon ritual for the sake of faith from “the heart.” Thus some Catholics and Episcopalians trade high, formal liturgies for guitars and praise songs; written prayers are abandoned in favor of prayers prompted only by the spirit within the heart of the individual; and rote memorization of creeds is frowned on. I wonder if one reason for the explosion in the number of Bible translations available to Americans is the belief (at least among marketers) that every person should have the Bible presented to him just as he or she likes it. There is, after all, something ritualistic and snooty about the language of King James.

The problem with this kind of reaction is that it misses a basic point about human life, namely, that in actual human practice, Christian rituals have less to do with the dull present than they do with momentous events in the unforeseen future. I know a Protestant who once thought that an airplane he was in was going to crash and who, upon concluding this, grasped the cross he had hanging around his neck in his fist and recited the Lord’s Prayer repeatedly, “without thinking.” Consider also the graphic and accurate opening battle scene in the film Saving Private Ryan, where young men, many of whom weeks before had probably been drunk carousers, were now saying memorized prayers, kissing Christian symbols strung around their necks, crossing themselves and reciting the Rosary.

Of course, in the everyday world, Christian rituals point people to Christ. But, being routine, rituals often become acts void of meaning in the present: the minister renders a perfunctory greeting to visitors and, as the organ starts up, I shake the hands of everyone near my pew and say something nice—and a minute later the whole ritualistic episode has slipped from my mind. All along, I may have been thinking about retirement or lunch or a favorite song. But the point is that, even if my mind wasn’t in it, the value of that particular ritual remains: it promotes the idea that friendliness is worthwhile and that churches are places where one should expect to find friendly people. And twenty years from now, I may find myself in need of a hand to shake or of the greeting of a stranger who will smile and say something pleasant. Rituals are worth keeping up because, no matter how dull they are to you or me right now, they could mean a great deal to someone across town.

Evangelicals who don’t attend liturgical churches often see liturgies as ritualistic (which is bad) and more beholden to tradition than to Scripture. It’s true that liturgical services took shape over time-the basic creeds cited at my Anglican church were formulated well over a thousand years ago. But, in a way, the Southern Baptist church I grew up in, and the Methodist church my wife and I attend with family during our annual sojourns in Alaska, are just as ritualistic. The orders of service—a few worship songs, followed by greetings and announcements, followed by the offering collection, followed by “special music,” followed by the sermon, followed by an altar call, followed by the minister shaking hands at the church’s exit—are predictable and can be navigated as indifferently as can any other worship style.

There is also much in those services that don’t seem to enjoy direct biblical support. The altar call, for instance, is an early nineteenth-century American innovation. That isn’t to say that altar calls are bad—I was born again partly as a result of one! But it is to suggest that the common evangelical assumption that “non-ritualistic” practices are more inherently biblical than ritualistic ones isn’t necessarily true.

Non-liturgical evangelicals are right to warn against the mindless repetition of prepackaged prayers (Matt. 6:7); but we know that prayers are repeated in the kingdom of God day and night, endlessly (Rev. 4:8). So it seems that repetition is a problem only when it’s mindless.

How about the other “trappings” one finds in liturgical churches? The robes ministers wear, for example, symbolize many things. One of these is the status God grants to unbelievers, or to those who have lost their faith and regained it, when they turn to him (Luke 15:22). The “holy water” you can cross yourself with in many liturgical churches symbolizes, among other things, the Christian’s association with the Church, which has been “washed” by Christ (Ephesians 5:26). As for incense—the Scriptures say it best: “And another angel came and stood at the altar, having a golden censer; and there was given unto him much incense, that he should offer it with the prayers of all the saints upon the golden altar which was before the throne” (Rev. 8:3). And candles in worship remind Christians that they are to be lights to the world (Matt. 5: 15-16).

The point isn’t that rituals in worship, and ritualistic trappings, are better than other forms of worship. As the widely varying personalities of the Apostles suggest, God created genuine diversity—he has created a world in which different people worship him in different ways.

The fundamental point, regardless of worship style, is that Christ has come into the world to save sinners. Billy Graham makes the point one way; the Book of Common Prayer makes it another way. But the essential point is constant.

Rituals can bring us out of ourselves and into an awareness of something God wants us to recognize. Rituals learned as a child can resurrect the faith of a wandering adult. Ritual remembered can provide desperate people with something to grasp as they make their way back to faith or toward death. (“He’ll live half in, half out of, the community,” says Cordelia of her brother Sebastian in Evelyn Waugh’s Brideshead Revisited. “Everyone will know about his drinking….Then one morning…he’ll be picked up at the gate dying, and show by a mere flicker of the eyelid that he is conscious when they give him the last sacraments.”)

As C.S. Lewis put it, rituals prevent a chapel leader from having to come up with original things to do and congregants from wondering, “what on earth is he up to now?” Tried and tested rituals that spring from tradition help to prevent worshipers from making idiosyncratic religions. Ritual provides order and routine in a to-and-fro world. (As The Book of Common Prayer in Canada puts it, “All Priests and Deacons, unless prevented by sickness or other urgent cause, are to say the daily Morning and Evening Prayer either privately, or openly in the Church. In the latter case it is desirable that the bell should be rung, in order that people may come to take part in the Service, or at least may lift up their hearts to God in the midst of their occupations.”)

Schools and church youth groups interested in Christian tradition and in the spiritual health of their students, not only for the moment but for the future, cannot afford to make light of rituals. So far as I know, there is nothing magical about the Lord’s Prayer, the Apostles’ Creed, or ancient prayers committed to memory—and, yes, their frequent repetition can make them seem almost trivial. But Christians know that these tools are family heirlooms. They have been passed on to us by and through the household of faith. They aren’t ephemeral. Save for updated punctuation, spelling and vocabulary they haven’t changed. Perhaps it would be better for a creed or the Lord’s Prayer be memorized and recited in Latin or Greek so as to preserve a sense of the document’s age. Perhaps it would be good if all Scripture passages memorized by students in the school came from the King James Version of the Bible so as to resist the idea that all things spiritual should be immediately “accessible.”

Whatever the case, it should be borne in mind that ritual does not usually bear its fruit in the mundane present, and for that reason it will not immediately seem very “useful.” Ritual bears its fruit silently, secretly and in moments of distress, anxiety, and concern. Rituals buried deep in the soul can sprout into renewed faith. They can point wanderers back to the way back to faith. And, in Evelyn Waugh’s words, people whose lives have been reduced to shambles can, perhaps to their surprise, find old, neglected rituals “burning anew among the old stones.”

1. What tends to be your instinctive reaction to the term “ritual”? Why do you respond as you do? Trace your spiritual pilgrimage in terms of your experience of liturgy and ritual. How has this affected your views and practice?

3. Jones includes some biblical reasons and texts to support his argument that ritual can be a good thing within the worship of the church. Did you find this compelling? Why or why not? What other reasons for ritual can you think of?

4. What rituals—whether they are recognized as such or not—are a part of your church tradition? How helpful are they? How creative? What role do they play in the service? What reasons are given for their use? To the extent they seem lifeless and rote, what is the proper Christian response? How would you explain them to an unchurched friend?

5. Jones argues that “in actual human practice, Christian rituals have less to do with the dull present than they do with momentous events in the unforeseen future.” What does he mean? Do you agree? Why or why not? Revisit question #4 with this in mind.

6. Do spontaneous prayers seem more sincere than read or recited prayers? Why or why not? Under what conditions might reading a prayer be more sincere or helpful for a believer?

7. What rituals or traditions seem important to your non-Christian friends? How did they achieve this significance in their life and thinking?

8. Since many non-Christians who yearn for spirituality are interested in finding rituals and traditions to adopt, what might this suggest to the Christian concerned with demonstrating a vibrant and winsome faith before a watching world?

Note: The questions were written by Denis Haack.