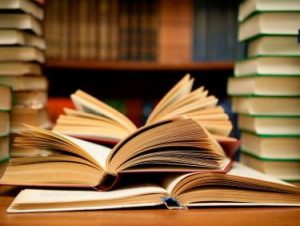 I’ve been reading biographical sketches of Christian women who lived in the late Roman Empire. A theme the sketches have in common is rejection: rejection of status, comfort, wealth—of the world generally. To sleep voluntarily on a worm-infested mat and to wear itchy, bug-infested underwear were marks of sanctity.

In the sketches’ background is the unraveling of the Roman Empire—barbarian assaults, the faltering of law and stability, and a political order that had lost its way and thus its meaning. The rejection one sees in the Christian ladies’ lives is presented theologically, but the social crumbling they lived with always lurks. Their rejection of the world seemed more appealing as society grew less attractive. Better to pull the plug on one’s aspirations in this world and prepare for what’s to follow.

I reflect on this because it reminds me of something I see today. My wife and I homeschool our fifth and second grade children. As a volunteer, I am teaching a history and geography class for homeschooled kids between the ages of 8 and 11.

Homeschooling is great and also stressful. It brings the comforts of flexibility and also the tremendous expenses of paying for tutors, books and everything else, in addition to the taxes that pay for public schools. We are committed to homeschooling, not for ideological reasons but because we feel certain that our kids are getting a better education than they would otherwise. It’s exhausting, but we don’t see another alternative in our context. And when I hear my kids speaking Spanish, or hear from my daughter’s Mandarin teacher that she’s doing well, I feel a sense of accomplishment.

But there’s no question that underlying the homeschooling impulse is a sense of rejection. The homeschooling movement comprises a growing population that, in a fundamental sense, has given up on a basic part of society. We homeschoolers don’t believe that many public schools educate well. And even if some do, the heartbreaking pathology of the general culture often squelches the good work serious teachers aim for. We assume that too many education bureaucrats care more about their own careers than they do education. We don’t trust the government to deliver this basic service. When I hear Christian parents say that they send their kids to public schools as cultural “missionaries,” I feel the point has been made.

As it happens, the greatest teacher I ever had, at any academic level, was a public school teacher. But I remember him as a person who struggled heroically on education’s behalf in the face of frivolity, ill-will, mediocrity and bureaucratic hostility.

Given the educational crisis facing the country and acknowledged by all political leaders, parents have to do something. My wife and I have opted for homeschooling. To this point I’m glad about that choice. But there is also the recognition that, in doing so, my family is sending a message to the society as a whole: “we give up on you.” Surely any society that hosts a critical mass of such people bearing such a message is in trouble. Such is the sorrow of homeschooling.

Homeschooling doesn’t work for most people. It’s difficult and expensive and it sometimes fails. For some, public schooling is great. I’m no crusader. But I know that the world generally, and this country in particular, needs well-educated, decent, civil and thoughtful people. Our world would be better if Christians were generally perceived of as decent, civil and thoughtful.

Such people—such Christians—aren’t born, and they don’t magically appear. They are made. We have to do something.