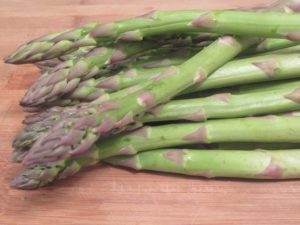 [Note: “This article originally appeared on June 19, 2009 in Comment, a publication of CARDUS: www.cardus.ca.”]

The first meal I prepared for the man I’d eventually marry and spend my life with, until one of us dies or Christ returns, wasn’t worthy of today’s bare-footed, deeply cleft Food Channel celebrities, or even the humble Mennonite More-with-Less Cookbook. I was poetically naïve, unaware of the sensuous nature of food and unfamiliar with Solomon’s sweet, sexually allusive “refresh me with apples.” Or was I? Perhaps some part of me knew that nourishing the body with a Sunday dinner might potentially feed a part of our life together. I surely didn’t know then that the skills I developed as a cook wouldn’t be limited to a private show, but would sprout and mature to serve many friends, travelers and guests over the years.

My peasant background lingers, my palate having been nurtured by my mother, who fed a large, hungry family in northern Minnesota. On Sundays, after a lengthy church service of weighty prayers and sonorous preaching, we arrived home crabby and famished. But when we stepped through the kitchen door into air so promising, so heavy with toasty brown aroma, we convulsed with anticipation. Often we had savory, slow-roasted beef, baked potatoes, gravy, crusty rolls, creamed corn, cabbage slaw, pickles, and blueberry pie with heavy cream.

Before church on that particular Sunday I planned to create a similar convulsion for Denis. I prepared slivers of garlic and inserted them in a small chunk of beef. Confidently, I slathered the beef with thinly sliced onion, salt, pepper, and placed it in the oven to roast. I peeled four potatoes and set them aside in cold water ready to boil and mash the instant we returned. I opened a can of green beans and made a small lettuce and tomato salad with bottled French dressing. A pan of homemade brownies waited on the counter. This was the far border of my culinary imagination and I hoped he would be impressed.

Four hours later when we returned to my small kitchen, I hurried to the oven and pulled out the roast. It had shriveled to the size and shape of a black walnut. Bits of burned onion and cemented meat stuck to the pan. I’d forgotten that Mom’s roasts were 5-6 pounds each, and hadn’t thought carefully about what a pitiful pound of protein would do all morning in the oven while I sat in church. Undaunted, I determined to make gravy from the residue stuck to the bottom. Scraping it up, adding water and flour, I was satisfied when it thickened to a gray paste. I poured it into a plastic serving bowl and distractedly set it aside on an electric burner I’d accidentally left on medium high while I whittled away at the meat. At last, everything was ready. As I lifted the gravy bowl I noticed an unpleasant toxic odor and was horrified when the bottom remained on the burner and the sides grew in long, rubbery strands until they separated, and the contents streamed down to happily bubble on the rings of the burner. I think I screamed.

We spent the afternoon scraping melted plastic from the burner and cleaning the inside of the stove, our heads touching as we laughed and bent over the work. Denis gave me plenty of space to rebuild my reputation even though any time I’m in the kitchen I’m still only seconds away from disaster—as I can prove with many stories.

Despite the rough-draft quality of this meal a message was communicated through the language of food; simply, “I care about you.” Amy Sedaris, in her funny, unsanitized book, I Like You: Hospitality Under the Influence, writes that when we invite someone into our home for a meal we shouldn’t be aiming to impress, but rather saying, “Hello, I like you.” Nearly everyone we encounter suffers from some degree of heartache, loneliness or stress, but where the needs of body and spirit coalesce it can be our privilege to offer comfort, nourishment and occasionally joy within the ordinariness of a passing day.

As I write this, where I live, it is late spring. The rains and chill are depressing. The man I married isn’t feeling well either. But I know something that will cheer him: cream of asparagus soup.

Now then. Despite the weather, some grower near here has harvested this vegetable. It has pushed its odd spear-like heads through the cold earth and I have a fistful waiting on the counter. I remember the first time I made fresh asparagus for Denis. He was extremely skeptical, having only known canned asparagus from his childhood—and canning is a swearing, cursing, stupid thing to do to asparagus. I offered him a plate of steamed, bright-green spears with a pat of butter, and a squeeze of lemon—all you really need to enjoy asparagus. His skepticism vanished. But even as a soup, asparagus reminds me that when God made the earth he included a ray of his glory for our nourishment and pleasure in this strange and lowly vegetable.

Snap off tough bottom of spears. Throw away. Cut off the tips and save aside. Chop the stalks and sauté with onions and butter in a 2-quart pot. After 8 minutes, sprinkle with flour and continue cooking another 5 minutes. Add broth, stir until thickened. Purée the sauce bit by bit in a blender or use a hand-held blender. Return to pot, add milk, dill, salt, pepper, and heat very gently. As it heats quickly stir-fry the tips in a small fry pan until barely tender and still green. Add these whole to the soup. Serve immediately with croutons. (Try making homemade croutons. Amazing, far superior to any store-bought.)