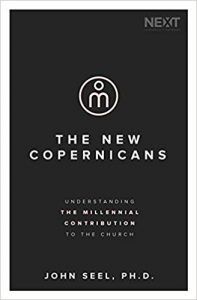 The warning signs
Some warnings are jarring and immediate. “Mayday,” for example. Most, however, are
subtle and incremental, like a pan-pan warning: “Pay attention.” These are the most common
and also the most dangerous because they can be ignored.

A complete blockage of a major heart artery can cause a person to drop like a rock.
We’ve all been told the signs: nausea, tingling in the left arm, and a crushing, elephant-like
weight on the chest. When the signs are this severe, there is little that can be done medically.
Most of the time the signs are less severe. In these cases the pain one might feel from the
lack of oxygen to the heart muscle is no more painful than the last rep in a series of dumbbell
curls. Herein lies the problem: a failure to attend to the incremental signs, when steps can still be
taken, can lead to a big crisis.

This was my experience. I had a heart attack while on a casual daily walk. It felt no more
painful than a summer brain freeze from an icy drink. When I mentioned it to my sister, who is a
medical doctor, after looking up the symptoms on the Internet a week later, she said to go
immediately to the hospital. I was giving a speech in an hour and debating going after the
speech. I hated to abandon them at the last minute. Such is the danger of not attending to small
signs.

One wonders when the evangelical church will attend to their pending generational
crisis. The church is in decline, but we reason that our 2 percent drop is not nearly as bad as the
10 percent drop facing Catholics. We’d do well to remember acclaimed sociologist Peter
Berger’s warning, “The key characteristic of all pluralistic situations is that the religious ex-
monopolies can no longer take for granted the allegiance of their client populations.” Our
dominance and monopoly status is not a given.

But when we focus on young people—particularly millennials—the numbers tell a much
more alarming story. Nearly 40 percent of young adults (ages 18 to 29) are religiously
unaffiliated. This is a fourfold increase from young adults a generation ago. In 1986, for
example, only 10 percent of young adults claimed no religious affiliation. This means that more
young people identify as unaffiliated than identify with all forms of Protestantism combined.
Today 25 percent of Americans claim no formal religious identity, making them the largest
single “religious group” in the United States. The church is potentially one generation away
from extinction. Of those who have left the church, the majority made this decision while in high
school and most because they simply stopped believing in the religion’s teachings.

We’re unlikely to see visible antireligious marching in the streets. Millennials remain
close to their parents, as many are still living at home. What we will see is a quiet drifting away.
Theirs is a passive-aggressive rebellion. And these trends are likely to accelerate in the coming
years as a majority (54 percent) of unaffiliated Americans are marrying people with their same
religious orientation. About 70 percent of those raised in unaffiliated religious households
maintain their lack of religious identity into adulthood. We cannot count on them returning to the
church as they mature.

Viewing youth and religion through this framework obscures as much as it reveals. Do
not think that the religiously unaffiliated are atheists or agnostics. Even as they drift away from
religious institutions, many still attend spiritual events, pray, and believe in God. When
approached correctly with the right attitude and tone, there remains an enormous, perhaps even
unprecedented, opportunity for spiritual advancement among this age group.

So this pan-pan warning deserves our immediate attention. Culture is changing and the
window of opportunity for a meaningful response by the American evangelical church is closing.