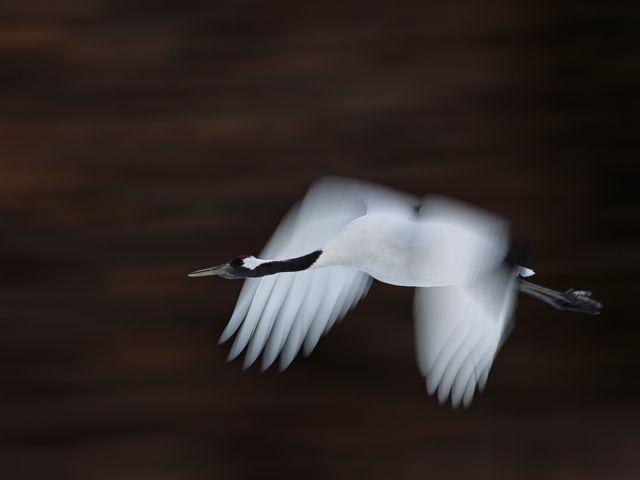 Far beneath the gaze of perfect clouds drifting through a peerless twilight sky, there ran two children down a winding forest path. They leaped and darted amidst shadows and spots of copper sunlight, breathing the cool mint air, relishing the musky scents as they listened to the wind and the soft rushing sounds of leaves beating their wings like a million emerald butterflies.

The sun was falling asleep, dipping low to sink into a bed of earth, to dream for a while before waking with livid fire in its veins to warm a drowsy earth. With its retreat, the shimmering of golden fire, which rested on the western side of every tree trunk and leaf, began to dissipate and move back into the air where light was gathered in a great blush of lavender, orange and magenta against a dusty blue face of sky.

The children moved through the gathering darkness, releasing all of their pent up energy with screams and shouts and laughter that went echoing down through the pristine forest. Evelyn moved swiftly, passing Aaron with a burst of speed, her black ponytail bouncing behind her, sapphire eyes flashing excited innocence as she turned for a brief peek behind her shoulder.

Aaron was running against a vast backdrop of forest, smiling with his air-rifle in hand, pumping his arms to catch up. The forest grew dense about them, crowding in with a sweet suffocation, an atmosphere lent kinder with the spice of ferns wafting in the air and the smattering of fiery red and deep violet wildflowers brushed at the base of great oak trees.

With more than a hint of victory flushing her face she slowed to a walk and together they continued through the forest. The trail grew narrow, twisting about until it hugged the side of a stream where it grew difficult to tread upon due to its slanting towards the water and the snaking of roots over its surface. With their nimble feet they managed to make it through and onto a strip of forested land that extended out and parallel to the forest for some distance before ending in a lush grove.

Wildflowers painted the ground, one of which Aaron plucked and gave to her as they sat down beneath a tree to observe the beautiful sights surrounding them. While they talked and gazed, the soft singing sounds of night creatures began to awaken in the air.

“This is my favorite place in the whole world,” remarked Evelyn with her lilting, melodic voice.

“It’s mine too,” replied Aaron.

“It reminds me of a garden, our own private garden which no one knows about.”

Aaron thought about her words for a moment then declared, “It’s our secret place.”

Evelyn smiled and reached for his hand, which he tenderly took as they talked about their dreams and all the fun they would have this summer playing about the garden, exploring the stream and running about the forest…

After a while, Aaron noticed his air-rifle and seeing that the light was fading, made haste to practice his shooting skills. Little round bronze pellets went threading through the air, ticking off of trees and slapping off leaves and plunking into chosen areas of water, all followed with applause from Evelyn. After shooting for several minutes, Aaron noticed something moving nearby in a tree just across the stream. It was a bird, and not only was it a bird, but it appeared to be a rare one, this seemed evident in light of its bright red wings and royal gold and green breast.

It was resting in a majestic fruit-bearing tree. The bird itself appeared as a bright globe of some exotic fruit.

“There,” he said, pointing a finger.

“Oh look at that,” she said, “it’s beautiful,” while staring with amazement.

The bird ruffled its feathers and then turned its head towards the stream that reflected the shadows and the suns receding light.

Aaron raised his gun, trying to place the bird in its sights.

“What are you doing?”

“I’m going to shoot the bird.”

“Why not?” he said, lifting his eyes from the gun.

“Because your father told you to never shoot a creature.”

“But all my friends shoot birds, and can you imagine their faces when they see this one!”

Aaron thought about it for a moment, looking out over the snakelike winding of the stream. He then peered down into its dark whispering flow and immediately an image came to his mind; it was a vision of himself holding up the bright bird before the amazed eyes of his friends. He raised the rifle and sighted it. It would be a difficult shot, but he could do it; he could shoot better than any of his friends, he thought to himself.

The bird was in his sights.

He hesitated for a moment, and then the image of his friends came again.

She reached for the gun just before it spit out a shiny copper pellet.

The bird glanced his way just as the pellet pierced its eye, sending it fluttering down to the earth and spinning in the dust, its shrill cries shattering the darkening air. It flopped about for a few more seconds, before it lay silent with one glassy eye gazing into the heavens. Aaron felt a flush of dark pleasure fill his soul. Evelyn stood in shock with trembling legs and wide eyes before bursting into deep sobs that shuddered the whole of her form.

“How could you,” she cried, barely making the words come out, and with that she darted into the woods as a deep rumbling reverberated through the air.

“Evelyn, I’m sorry,” he shouted into the forest, but she was gone.

A whirling wind began to rush through the trees.

The storm seemed so sudden to him, he hadn’t even noticed it coming on. Amidst a bellowing volley of thunder, an angry streak of lightning flashed in the air, and the ripping sound that followed seemed to tear the earth asunder. The dark clouds burst, and a heavy rain began to fall, and in an attempt to escape its wrath, he ran to hide himself among the trees.
Copyright © 2013 Scott Schuleit