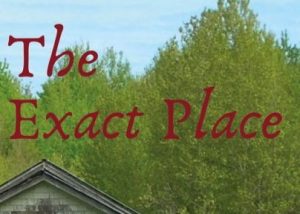 Seeing a Stork: Margie Haack’s Childhood in Northern Minnesota
The memoirist Isak Dinesen recounts a story she heard from a child when she lived in Africa. One night a man is startled awake by a strange noise. He gets out of bed to investigate and encounters all sorts of trouble. Mishap after mishap befalls him—ditches intrude on his path, stones cause him to trip, a dam leaks, and other obstacles make his way crooked. As the child told Dinesen the story of the man’s nighttime journey, she mapped the man’s progress by drawing lines in the dirt. Slowly, as the story concluded, Dineson found that the map of the man’s path was in the shape of a stork. The apparently random circuit the man traveled wasn’t as random as he supposed. And Dinesen draws comfort from that: “The tight place, the dark pit in which I am now lying, of what bird is it the talon? When the design of my life is completed, shall I, shall other people see a stork?”

This story came to mind as I read Margie Haack’s memoir The Exact Place, the narrative of her childhood in a three-room house with no running water in a small town in northern Minnesota. Like Dinesen’s nighttime wanderer, Margie’s growing up years were filled with unexpected turns and obstacles. And yet, also like the man in Dinesen’s story, Margie finds herself confessing, in the words of Amy Carmichael, “when my spirit was overwhelmed within me, thou knewest my path.” The “thou” there is a reference to God, since, at the end of her book, Margie makes clear that its title is a confession of faith. God knew her winding trail and had an end in view: “He determined the times set for mankind and the exact places where they should live. God did this so that men would seek Him and perhaps reach out for Him and find Him, though He is no far from each one of us” (Acts 17:26-27).

Anyone who thinks that such a trust in divine Providence could never produce a rip-roarin’ good yarn, however, had better think again. There’s no heavy-handed theologizing here, no morose, ponderous platitudes about the intricacies of God’s ways. Rather, it’s as though Margie’s faith in divine watchfulness frees her to express the humorous and hilarious in ways that might otherwise elude her. This narrative reads more like Garrison Keillor than David Brainerd. It lilts and sashays from anecdote to anecdote, like an eager storyteller regaling her hearers around the campfire. Part-Leif Enger, part-Laura Ingalls Wilder, it’s the sort of book you’d hand with equal confidence to your eight-year-old niece or your eighty-year-old grandfather.

There are stories here, for instance, of Margie’s learning to fish. When she caught her first northern walleyed pike, reeling in the wet line handful by handful after throwing down her quivering rod, she struggled “to hold the fish up to my chin, and still, his tail dragged the ground.” In addition to spunk, there’s also mischief: Feigning sickness to avoid going to school, Margie grabs the thermometer her mother put into her mouth and holds it up to the lamp on her bed stand. “When [Mom] returned, I watched through half-closed eyes as she checked it. A puzzled expression came over her face as her eyes move to the top of the glass column. The mercury had traveled to the end and burst.” There’s suspense—when a creepy neighbor comes to visit while Margie and her siblings are home alone, whispering their fear to one another, huddled under the bed, and when Margie’s younger brother is kicked by a horse and lands unconscious in the dirt, blood trickling out of his mouth. And, not least, there’s sensuous, infectious, wide-eyed delight—over finding a patch of morel mushrooms, over hearing the falsetto of loons (“It is filled with such mournful beauty that, for a moment, your heart dreads and involuntarily thinks of eternity”), over the baking and eating of pies, and much else.

And all of that is nothing compared to her equestrian adventures:
It suddenly occurred to me that bringing [Thunder, the family horse] into the house might offer some new diversion…. Although the floor proved hazardous as he slipped on the smooth linoleum, he merely regained his balance and continued his inspection of this new space. We already knew he loved people food. He ate anything he could persuade us to give up: watermelon, cake, cookies. He’d never tried Mom’s dill pickles so we got them out of the refrigerator to see if he liked them. To our delight, he crunched down half a jar of cucumbers and left a huge puddle of drool on the floor before we led him back outside.

In the midst of all this happiness, though, is heartache. It would have been easy in a book like this to tell folksy, nostalgic stories of rural life and never bother to mention the ways in which, as the Argentinian proverb has it, “a small town is a vast hell.” But Margie doesn’t do that. Visible throughout her narrative, like an embedded splinter working its way to the surface, is her painful relationship with her stepfather (her biological father died just before she was born). “I knew him as Dad,” she writes, “but he never became my father.” And she never discerned the reason for his disapproval—was it jealousy? insecurity? bitterness?—but it became a defining feature of her childhood. “Over the years,” she says, “the knowledge of his dislike slowly crept in like the northern twilight.” Readers of The Exact Place will find encouragement in Margie’s trust in divine Providence, but they’ll also be reminded that tracing the ways of the divine Author doesn’t mean papering over unresolved pain or easily assimilating that pain into some overarching scheme of divine sovereignty that dispenses with contradiction and confusion.

This attention to pain—mingled together with so much joy and good humor—allows Margie her deepest insights into her family and their neighbors. “[N]one [of us] are one-dimensional, cartoon villains,” she concludes. “[W]e, all of us, carry traces of God’s divine image, however faint they might be.” Remarkably, those sentences are about her stepfather. Acknowledging the ways he wounded her becomes, mysteriously, the means by which she comes to see the ways he himself was in need of mercy, of grace.

I picture Margie reading this book aloud, drawing, like Dinesen’s African friend, a line after each chapter closes. By the end of the night, the lines have assembled to form a stork in the dirt by the back porch. At first you might fixate on the lovely feathers, and then you notice the threatening curve of the talons. And then, last of all, you think, The picture wouldn’t be true without both. And then you smile, and sigh.