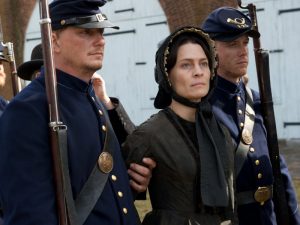 Baseball, Hotdogs, Apple Pie, and… the Rule of Law?
I remember when my email inbox began filling with the messages about “Ground Zero Mosque”: “You Can Build Your Mosque at Ground Zero When We Can Build Our Synagogue at Mecca,” and “Building a Mosque at Ground Zero Is Like Building a Memorial to Hitler at Auschwitz.” My first impression was that a mosque was actually being planned for the site of the old World Trade Center towers, but of course, that wasn’t the case. The site for the proposed community center/mosque was about two blocks away. Still it was close enough to strike a nerve in war-weary, post-9/11 America.

At first I was sympathetic. Angry New Yorkers felt that building a mosque there and now was an insult to the friends and families of those who died in the 9/11 attacks. More than this, they feared the center would become a rallying point for any Muslims who saw the World Trade Center tragedy not as a treacherous, cowardly attack on innocent civilians, but as high-and-mighty America finally getting a taste of what it deserves. I shared these patriotic fears, but there was one problem.

The law was on their side. The property had been purchased, the site plan submitted in accordance with city zoning statues, and the project approved in a legal and orderly fashion.

Of course millions of Americans simply didn’t care about the legal rights of New York Muslims. What significance could they possibly hold when weighed against the outrage of their fellow citizens?

On April 14, 1865—five days after Lee surrendered to Grant—John Wilkes Booth assassinated President Abraham Lincoln at Ford’s Theater in Washington, D.C. It was arguably the worst possible epitaph to the Civil War, dooming the south to reconstruction and angering millions of war-weary northerners. In the hysteria following the assassination, many suspects were arrested and interrogated, and just 17 days after the assassination, 8 people were brought to trial: 7 men and one woman, Mary Surratt.

Director Robert Redford’s film The Conspirator examines Mary Surratt’s trial. In so doing he hopes to stir our emotions regarding the abuse of what was once considered a sacred principle, but of late has fallen on hard times: the rule of law.

Robin Wright’s portrayal of Mary Surratt is in my opinion brilliantly acted, but far too severe to make her a sympathetic figure. She is in the film as she was in life a southerner, openly sympathetic to the Confederate cause. The issue of her guilt—Did she actually know of and participate in the plot to kill the president?—is never clearly resolved in the film.

What is made clear is that her guilt or innocence was never really the issue at trial. The war and the assassination had overtaxed our nation’s ability to endure, so someone had to pay. Mary Surratt was called upon to pay, if not for her own sins, at least for the sins of others. Secretary of War Edwin Stanton, chillingly portrayed by Kevin Kline, is the bad guy in Redford’s tale. He justified it like this to Frederick Aiken (James McAvoy), Mrs. Surratt’s lawyer: “Mary Surratt was a party to the most grievous crime in our history. Necessity demands that she be given a swift, sure, and harsh sentence.”

In pursuit of this noble goal the deck was stacked against Mrs. Surratt from the beginning. Rather than the trial before a jury of her peers guaranteed by the Constitution, she was judged instead by a military tribunal. She was not even allowed to testify on her own behalf. Others who dared do so were openly intimidated and subverted by government prosecutors. When the tribunal initially found her guilty, but sentenced her to a life sentence, pressure was successfully brought to bear on them to change the sentence to death by hanging. And a last-minute writ from a civilian judge staying her execution and granting her a constitutional trial by jury was set aside by the President of the United States himself.

Of course, the argument can be made, so what? The nation had endured an outrage. Justice was needed. And given her traitorous sentiments, her close relationship with many who were guilty, and the nagging uncertainty of how much she actually knew, who’s to say that justice isn’t what she got? If some corners were cut along the way, is that really a big deal?

It depends, obviously, on how important law is.

Once civil laws were seen as reflections of larger principles. Just as the laws of science were rooted in nature and therefore had to be reckoned with, so, too, moral principles were thought to be part of the fabric of the world God had made and should be revered and taught to following generations. Of course, there were differences of opinion on what those principles were even back in the day.

Now civil laws are most often seen as rules societies pragmatically adopt and replace as a matter of convenience. They’re a matter of what works, and when they cease to work or become inconvenient, we’re free to discard them or even ignore them. It’s a rather cynical view, one that rarely stirs the heart or the conscience on legal matters.

Still I salute Robert Redford and his film for trying to do just that. The American exceptionalism that was such a big part of my youth—we think we’re special and don’t make the same mistakes other countries do—has fallen on hard times for good reasons. (May it never make a comeback!) But American cynicism, especially when applied to the rule of law, is an even poorer substitute. The belief that there is one set of rules that apply equally to all our citizens, regardless of race, sex, or social standing, has never been as true in practice as we like to pretend it is. But each time we abandon the pursuit of it, the American Experiment becomes a little less worthwhile.

The Conspirator is the first production of The American Film Company. According to their website the AFC is “founded on the belief that real life is often more compelling than fiction, [and so] produces feature films about incredible, true stories from America’s past. Central to the company’s filmmaking will be prominent historians, assuring that each production remains true to the history from which it is drawn.” Their first effort admirably achieved these lofty goals. May their future work be as thoughtful and even more successful.

1. Discuss your first impressions of the film. What does watching The Conspirator leave you thinking about? 2. The last American president to be shot was Ronald Reagan in 1981. What do you recall of the media coverage surrounding the event? (SNL famously parodied media coverage of the Reagan shooting in a skit entitled “Buckwheat Shot,” starring Eddie Murphy.) How did it compare to the press coverage of the Lincoln assassination as shown in The Conspirator? What effect in each instance did media coverage produce in the population at large? 3. Why did the government decide to try Mrs. Surratt in a military court? In your opinion was their rationale sound? 4. How did the fact that Mrs. Surratt was a woman influence public perception of her? The process of the trial? The verdict? 5. Do you think Mrs. Surratt was a participant in the plot to kill Lincoln? Defend your answer. 6. Frederick Aiken, Mrs. Surratt’s lawyer, undergoes a transformation during the film, from her angry opponent to her passionate supporter. What drives this change in him? 7. In one of the film’s most important dialogues, Aiken encourages Mrs. Surratt to incriminate her son John in order to save herself. She refuses, saying, “Have you ever cared for something greater than yourself?” To which he replies, “I’ve spent the last four years fighting for something greater than myself.” “Then we are the same,” she says. Discuss this exchange. 8. Aiken accused Secretary of War Edwin Stanton of seeking vengeance in Mrs. Surratt’s trial, not justice. What’s the difference between vengeance and justice? 9. In 1866 the U.S. Supreme Court ruled that constitutional rights may be suspended during times of war, stating “these [the Bill of Rights], in truth, are all peace provisions of the Constitution and, like all other conventional and legislative laws and enactments, are silent amidst arms, and when the safety of the people becomes the supreme law.” Was this ruling, in your opinion, correct? 10. If you’ve seen the film Unthinkable (2010), compare it to The Conspirator. In each film the rights of an American citizen are suspended because of a perceived threat to “the greater good.” In Mrs. Surratt’s case, “The Union” is at stake, at least in the opinion of Secretary Stanton. In Unthinkable the threat is nuclear terrorism. Should the rule of law be upheld in each case, despite the possible consequences? If not, why not? 11. If you were allowed the honor of dining and talking with director Robert Redford after viewing his film, what questions would you like to discuss with him about his film? 12. Critics are divided in their assessments of The Conspirator. The Boston Globe called it “an important film… that has had the life beaten out of it by Robert Redford, a man who should know better.” The New York Times accused it of “Dixie sentimentality.” According to Rex Reed “No matter where your political leanings lie, the great thing about The Conspirator is that Mr. Redford is wise enough to let the audience decide what the parallels are. See it, enjoy a ripping good yarn and learn something.” What did you think of it? Is it well done? Is it entertaining? 13. Why in your opinion was this film made now? Note: Allow me to recommend a study guide The American Film Company has made available online for The Conspirator (www.crimemuseum.org/documents/ConspiratorCurriculum.pdf).