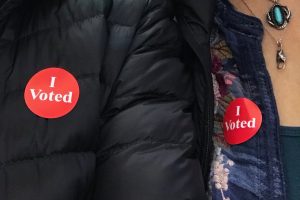 Sudden Death
Looking back to November of last year with all the cantankerousness and incivility of mid-term elections, on the day we voted we decided to reward ourselves for practicing our civic duties. First, we planned to visit a favorite book store. It is small and warm and friendly with comfy chairs and no one minds you sitting and reading the whole day. Next door is The Breadsmith, a great little bakery and coffee shop. In addition we were going to swing by Anita’s to pick up our laundry. The day before our dryer had made ear-splitting screeches and bangs as it walked across the floor. The dryer died while I survived. Anita had kindly taken the wet laundry home to dry at her house and it was ready to pick up. All of this was a great excuse to get out of our offices and into the real world where ordinary people curse traffic and fight congestion every day.

As we turned the corner heading into the city, Denis received a phone call from his mother’s care center. She had fallen. Her glasses were broken and she had cut her forehead. We were headed in that direction anyway because her lift chair had arrived – she can no longer rise from a sitting position – and we needed to unpack and set it up, hoping it would never malfunction catapulting her into the opposite wall. His mother is not a complainer, but she was obviously shaken by her fall. A trip to the ER would have made it worse for her so we were relieved when the nurse at the center managed to staunch the bleeding and tape the edges of the gash together. We comforted and calmed her as best we could. That isn’t always possible because every stressful moment turns her mind to the question – Why hasn’t Milton visited me? I know he’s in the area but he never comes to see me. This thought brings fountains of tears. At this point, we don’t think she’ll ever be able to remember he has died. Not long ago when we reminded her, she was able to remember this fact for several minutes: He died a year and a half ago and that’s why he can’t visit you. Nowadays she remember for about 60 seconds and then asks again.

On that day in an effort to help her think of other things I mentioned how she used to make the BEST popovers ever – golden and crisp on the outside, warm, soft and hollow on the inside. Her response was generous and sweet; she immediately promised to make them for me the next time I came to visit.

Her glasses had been purchased at Costco years ago, so we did a quick run to the store to see if anything could be replaced and whether the old lenses could fit into new frames. The employee helping us was a gift of kindness because the frames were long gone and the lenses weren’t shaped to fit any new ones, but she took time to think outside the box and for $40.00 she dug out frames close enough in shape so they could be molded to the old lenses. She did it right there, without hesitation while we explained that Denis’ mother who is 95 had fallen. That prompted her to tell us about the sudden death of her two grandmothers.

One day one of them severely burned her finger as she was cooking and had to be taken to the ER to have it treated. She feared and hated hospitals so intensely that while there she had a heart attack and died. “So”, as the clerk said, “we like to say that cooking killed our grandmother! Women beware!” Her other grandmother lived on a city street with neighbors on either side and across the street from her. Some of them she disliked very much. To be honest she hated them. The hated neighbors lived in the two houses on one side and the third one lived kitty-corner across the street. She loved her other neighbors just fine and considered them friends. One lived directly across from her and the other was on the side of her house opposite to the ones she hated. One unfortunate day a gas leak spread into her basement and blew her and her house to smithereens. The blast destroyed all three houses of the neighbors she hated. The homes of the ones she liked were completely spared. Our Costco helper concluded, “Our family likes to say ‘Way to go, Grandma! You took them hateful neighbors with you and spared the ones you liked!’ ” As you might imagine, she redeemed our day to us! I mean in a way, you understand?

The new frames looked rather fashionable with a bit of red over the bridge and on the sides – a nice complement to her white hair and ivory complexion. The next time we were with her we asked how she liked her new glasses, expecting some positive pleasure for giving her more of a modern look. “I hate them,” she insisted, “they are so ugly!” Denis and I grinned at each other. When I’m old (older) and infirm I hope there are people around who will ignore my crabby pants and still love me. We find it easy to love this woman, Denis’ mother, given the story of her life and the difficult circumstances she endured.

Little by little we learn that what we consider an improvement, even a necessity to life and well-being is, to her, not welcome at all, and considering her state of mind and memory loss, we don’t contradict her, we let it go. As we should.

By the time we got his mother, the new chair and the glasses squared away, it was too late to go to the bookstore. No matter, we’ll go another time. Her life and its decline continues to teach us about what does matter.

I try to face such questions myself. They call me to not give up too easily, but to reconsider and be patient at whatever stage of life I’m in and see it as a chance to reevaluate, see it as the challenge to give myself to new things in new ways as I continue following Jesus into whatever is next.

In case you think it is only the ancient who must consider these things, I say no. Not at all. God loves you and he will inevitably give you painful little lessons that force you to face the fallacies you have so fondly nurtured whatever your age. About 16 years ago I grappled with a new and unwelcome physical health problem. It left me unable to do things so ordinary and routine to life that I never paused to think about not doing them. Suddenly I was in so much pain I couldn’t hold up a book while lying down. And how I cried, for such a condition kept me from doing the very things I loved and thought justified my existence. I wondered, who is going to love me when I can’t do all these things? In addition, I was unhappy to learn that there I was, someone who should know better, someone who preached the opposite, clear as a mountain stream, measuring my worth not in who I was, but by what I could do.

So as it comes to my current time in life, I consider the question Palmer asks: What do I want to give myself to? I am finding answers. I am encouraged. Some of it will be what I’ve always done only amped down – lower and slower. And as I let go of some things – others flow in to fill in the spaces. It is sweet to continue writing with renewed confidence. Not so much in writing super-stunning sentences, but in simple belief that God calls me to keep on doing the basics. And so, setting aside the crippling envy that I will never be as good as Cormac McCarthy or JK Rowling, I will be giving myself to exactly what I should be doing.