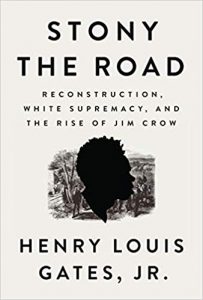 The fight against emancipation

On January 1, 1863, President Abraham Lincoln issued the Emancipation Proclamation, forever abolishing slavery in the United States. It would be nice to report that at that point the 3.5 million enslaved African Americans were legally free, and were able to freely participate fully in all aspects of American society. Sadly, while the first part of that sentence is true—they were legally free—the second half is not true because a concerted, wicked effort was immediately made to whip up racial bias, promote fear, and keep them segregated as second-class citizens. What occurred over succeeding decades was shameful, a direct intentional assault on the dignity of black Americans. There were overt political and economic efforts to promote systemic inequality and segregation, and public lynching advertised in newspapers that drew crowds. There were also efforts in the media—in film, cartoons, kitschy trinkets, and advertising, for example—that promoted racial bias against African Americans.

In Stony the Road, using extensive illustrations and carefully researched narrative Harvard University professor Henry Louis Gates, Jr. tells the story of that post-emancipation racist oppression. I was stunned with sadness at the cruelty involved and also with amazement at the numerous stories of courage—and it is part of America’s story and essential that it be known.

What seems clear to me today is that it was in this period that white supremacist ideology, especially as it was transmuted into powerful new forms of media, poisoned the American imagination in ways that have long outlasted the circumstances of its origin. You might say that anti-black racism once helped fuel an economic system, and that black crude was pumped and freighted around the world. Now, more than a century and a half since the end of slavery in the United States, it drifts like a toxic oil slick as the supertanker lists into the sea… I have written this book both to celebrate the triumphs of African Americans following the Civil War and to explain how the forces of white supremacy did their best to undermine those triumphs in all the years since, through to the present [p. xxii].

Stony the Road should be compelling reading for all who name Jesus as Lord and Savior. And faithfulness is called for—not only has racism raised its ugly head with a vengeance in political, economic and cultural circles, but Sunday morning remains a profoundly segregated time.

I recommend Stony the Road to you.